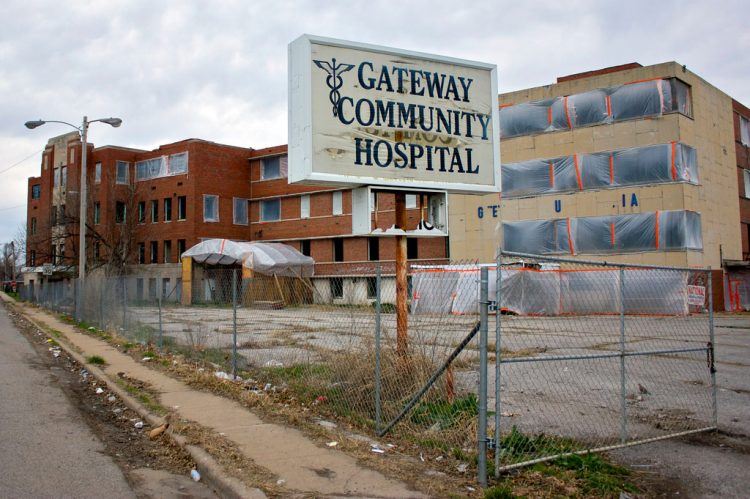 Inner cities have a rather poor reputation throughout much of the United States. While this reputation has become exaggerated, it is important to note that it is based on truth to an extent. Inner cities have a poor reputation because enormous numbers of people moved out of them in preference for the suburbs in the 20th century. Part of this phenomenon is because of the changing makeup of the inner cities, which was caused by a combination of people pursuing economic opportunities in the north and people fleeing systematic oppression in the south.

However, it should also be noted that the popularization of the car made it easier than ever for people to live out in the suburbs but commute to the cities, thus removing one of the most important barriers to their relocation. Over time, this became more and more true as more and more infrastructure sprang up in support of car owners.

Meanwhile, the flight from the inner cities to the suburbs left those communities in a terrible state. First, this is because the loss of resources that used to be provided by the former residents meant that those communities had less power to handle their issues at a time when that power was needed the most. Second, the phenomenon caused serious economic issues, which showed up in the form of plummeting real estate prices as well as a loss of economic opportunities from the lack of consumers. Over time, this became a self-perpetuating phenomenon, thus paving a path for a whole host of social issues as well.

However, it is important to remember that these things happened a fair amount of time ago. As a result, what was true in the past might not be true in the present, particularly since while there are some commonalities between the inner cities, said communities are also so heterogeneous that it is dangerous to generalize too much about them. In fact, there are some reasons to believe that some of the inner cities have been experiencing an economic revival, which in turn, tends to mean a cultural revival as well.

Do Home Prices Reflect This Perception?

This can be seen in the latest real estate prices to come out of the inner cities, which paint a picture that bears little resemblance to what popular belief would suggest. In brief, the median price per square foot of the homes that were sold in the inner cities of 31 metropolitan areas rose by an incredible 52 percent over the last six years. This is remarkable by any standard, but what is most interesting is that this meant that they outpaced their suburban counterparts by 18 percent when it came to the same figure. Of course, this trend is not something that was observed in all of the inner cities that can be found throughout the United States, as shown by the contrasting cases of Chicago, Houston, and Miami, but it is so common that there is a clear pattern to be seen. Summed up, it is clear that people are not just interested in the real estate properties that can be found in the inner cities, but also more interested in them compared to their counterparts situated out in the suburbs.

What Do These Home Prices Suggest?

Simply put, this suggests that more and more people are choosing to live in the inner cities, which is an interesting counter-point to the popular belief about them. However, this should come as little surprise to people who have been paying close attention to them over the last few years because there have been a number of important changes that have made this trend possible.

For example, the low prices of real estate properties in the inner cities convinced a fair number of people to start moving into them instead of living somewhere else, which was helped by their appreciation for all of the amenities that can be found with ease in the center of cities rather than on the outskirts. As more and more people started living in these places, more and more businesses started springing up in order to cater to their needs and desires, which in turn, convinced more and more people to move in. In other words, what happened was a self-perpetuating cycle, but in the opposite direction of the one that had devastated the inner cities in the first place. Over time, as the economies of the inner cities started picking up pace, their cultures started doing the same as well, thus making them even more desirable places to live.

However, it should be noted that this process was helped along by other forces as well. For example, a lot of businesses chose to relocate their offices from the suburbs to the cities, thus resulting in a massive increase in the economic opportunities to be found in the inner cities. Furthermore, a lot of places in the United States set up light rail and other public transportation systems, thus making their inner cities better-connected and thus better able to provide for their residents. Combined, these factors fueled the revival of the inner cities, even if they were not necessarily the prime movers in each case.

Overall, this should be seen as a reminder that popular belief can be rather misleading, meaning that people should make important decisions based on confirmed facts rather than what they believe they know. Furthermore, it is a reminder that no trend can last forever in the real estate market, meaning that real estate consumers must be prepared to approach their real estate transactions with a degree of flexibility in order to ensure the best results. With that said, it is important to note that real estate consumers have plenty of reason to be happy about the economic and cultural revival of the United States’s inner cities, seeing as how it opens up a whole new world of possibilities for them when it comes to how they live, play, and work.