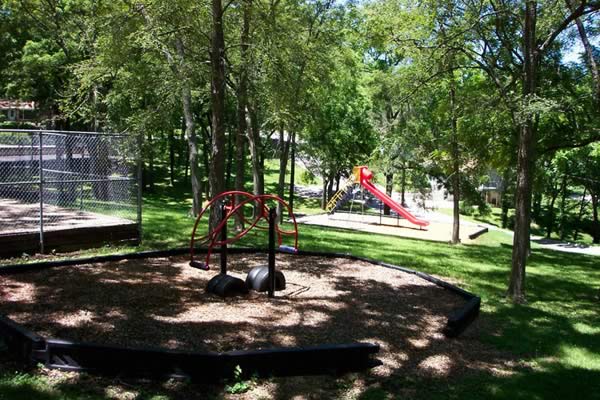 Neighborhoods are comprised not only of the style and quality of homes on the block but also the industries that make up the infrastructure of that particular zip code. When choosing a home, real estate experts talk about location, location, location being the most important factor. Zoning laws and road construction now allows offices and companies to open in a wide variety of locations that used to just be dirt roads with private homes on them.

There are some industries such as convenience stores and shooting ranges that can shave off property resale profits; however, there are also certain industries that add value to the overall quality of life in the area, thus increasing home values. Here are the top ten industries that show to have a positive impact on property values.

Elementary, Middle and High Schools: Parents contemplating investing in a home also look at the area to see if it’s a good educational investment for their child. According to Realtor.com, Chinese investors are grabbing properties near good schools in the Seattle region, not to live in, but to have in their portfolio so that their grandchildren will have a great place to attend school.

These buyers are interested in how these schools perform as much, if not more than the actual property, which is sometimes bought sight unseen just to be in that exclusive neighborhood where residents can attend high-performing schools These eager buyers prove the point that having a good school in the area drives demand and therefore home sellers can get top dollar for their properties.

Particularly for city dwellers, having a park in the neighborhood is an attractive lure for homebuyers. Not only for young families with children, parks are overall a good community investment. Close proximity to a well-maintained park is a selling point for retirees as well, which drives up home values, according to Planning.org. If you consider how expensive property is around New York’s Central Park, where real estate prices have soared in the last century, urban dwellers love parks. Many suburbanites choose homes near parks as well, as the recreational and sports opportunities for kids abound.

The Silicon Valley tech boom sent home prices soaring in San Francisco and its surrounding suburbs. As home to Google, Twitter, and other popular tech brands, the employment opportunities in the area has doubled its real estate values in the last ten years, says The Washington Post. Unfortunately, other California areas outside of those high-tech neighborhoods such as Stockton, are still seeing their homes depreciate by 10% or more and are still struggling to regroup after the housing bubble burst.

Tourists and traffic notwithstanding, the residential area around Disney World in Florida has seen a tremendous growth in home values. In Disneys’ signature community, Celebration, Florida, the median home price is 342,000. Winter Park, Florida, which lies east of Orlando where homes are also selling for a median price of $335.000. Compare that to the Space Coast, which includes Cocoa Beach, just 45 minutes away that has a median home sale price of $170,000.

Supermarkets that have a wine shop, and sell gourmet cheese and organic items tend to raise the overall value of the neighborhood, according to SF Gate.

Having a neighborhood theater is good for movie ticket as well as home sales, says the Portland Tribune. A small theater is considered a boon to an area, and can raise home values by 14% to 30%.

Being able to walk to a coffee bistro or gourmet restaurant appeals to residents who want to go out for a stroll in the evening and have upscale amenities nearby. With the cost of gas and the social trend of going green by conserving energy, residents crave a small town feel in a big city community where they can walk and bike to local eateries.

Investing in property near college campuses makes it easy to generate rental income as off-campus housing. These areas, particularly those a few blocks around elite Ivy League Schools, Prestigious Universities, and private colleges. schools have seen the most dramatic rise in property values. Factors such a campus employment, nearby research facilities and investment opportunities have helped keep home prices going strong, according to Urban Economics. Foreign investors are eager to bid big on properties near exclusive schools so that when their children are ready to enter college, community housing in campus adjacent condo is already in place.

Contrary to myths about public transportation being a property value drain, having a home located near public transport can actually increase its value, says House Logic.  A study in California and Oregon has shown that light rail increased home values upward of 2% to 18% in Portland, Sacramento, San Diego, and Santa Clara. Particularly in San Diego, residents look for properties near the light rail stops to ease their daily commute.

When homeowners read a news report about a big box store like Walmart moving in, they tend to worry about the effect on their property values. Detractors who see Walmart as a financial threat to communities have passionately claimed that the retail superstore brings a drag in home values to communities; however, statistics prove otherwise. According to AOL News, having a Walmart next door can actually be good for your home’s resale value. The closer you are, the higher the impact.

A study conducted by Bringham Young University and The University of Chicago found that if your home is within half a mile to one mile from the site Walmart chooses to build on, your property value goes up anywhere from 1% to 2%. If you are only a couple of blocks away from the retail giant, you could see a 3% rise.