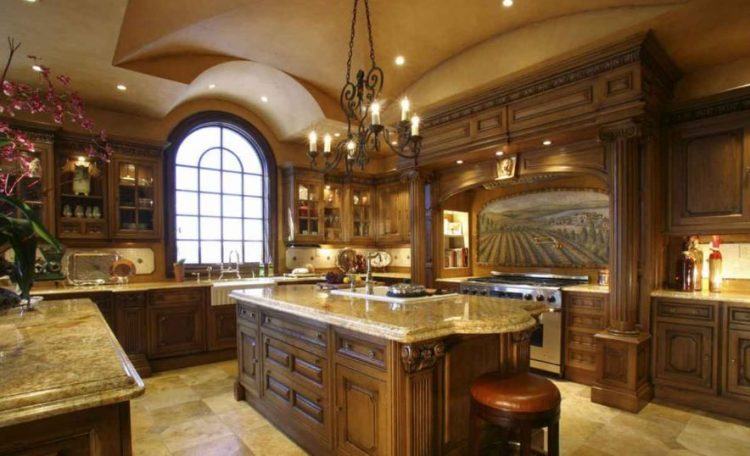 Cooking has been going on since the beginning of human existence. It’s a necessity for us to survive, but cooking has also become much more. It’s a way to connect with friends and loved ones, show care for others, make a living, and it’s also a hobby enjoyed by millions.

A good cook is considered to be gifted — they’re the ones who can truss a chicken, quickly chop vegetables, bake a souffle, or mix a from-scratch cake by hand without batting an eyelash or breaking a sweat. For those who aren’t great in the kitchen, cooking technology is helping them create meals that aren’t just passable, but truly extraordinary.

Some of the gadgets on the market today don’t even require that you touch a pan and will do all of the prep and cooking for you, while others turn what used to be long processes into simple, short ones.

Here are ten incredible cooking technologies that are available now or currently under development. 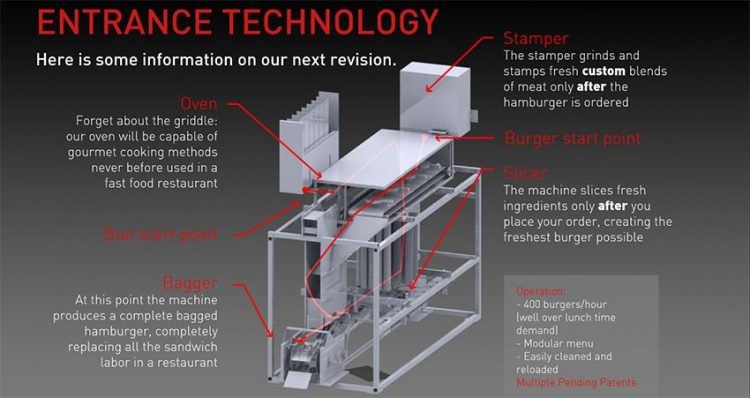 What’s so special about this cooking technology? It’s a burger making machine that can produce 400 burgers in just one hour, and it’s poised to change the fast food industry as we all know it. No one is sure just how much it will affect employment at fast food chains, but the Momentum Machine represents the way of the future: automated, non-humanoid labor. The San Francisco based company that created the device has a staff that’s comprised of foodies and engineers, and they’re launching a restaurant that uses the machine. 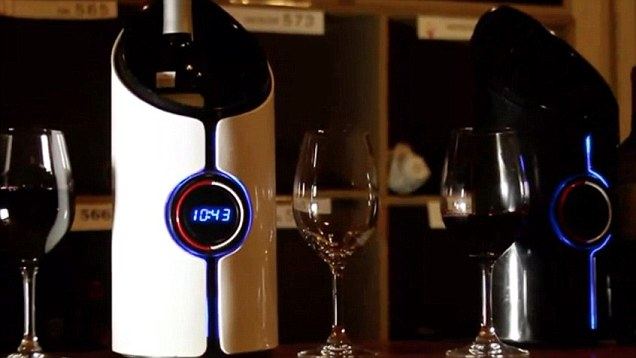 You may have heard about the outstanding characteristics of fine, aged wine, but not everyone can get their hands on a classic vintage. The Sonic Decanter uses technology to turn any wine, including young and inexpensive ones, into wine that tastes like it has aged for years. Ultrasonic waves alter the mouthfeel, aroma, and taste of any bottle of wine in mere minutes, and it’s even supposed to help make aged wines taste better. The Sonic Decanter is available in black and white, and it costs $249. 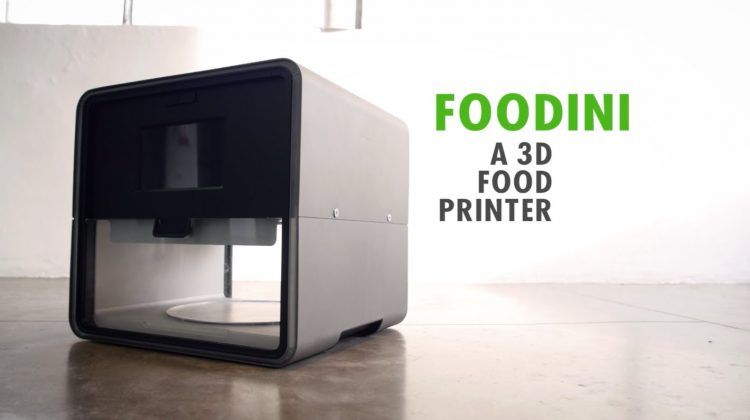 The Foodini is a 3D food printer that you can own for less than $2,000. Food printers aren’t quite what they sound like — the devices use cooking technology to make real food that can actually be eaten. However, using a food printer doesn’t require much kitchen expertise. Want a pizza or burger? Just add a few ingredients and you’ll have it in no time. 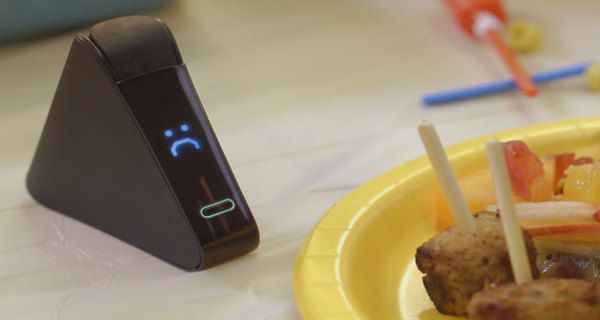 Those with gluten allergies have to be careful about what ingredients are used in their foods. Now, there’s a portable gluten sensor that can help protect their health: the Nima gluten sensor. For individuals who have to avoid gluten at all costs, the Nima may be well worth its $199 price tag. 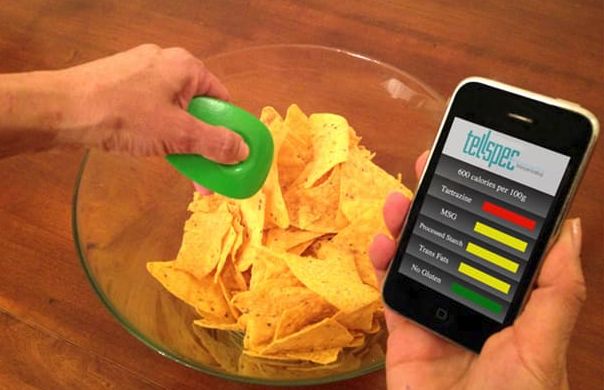 Another innovative food sensor from TellSpec lets you know what is in your food, including toxins. Whether you want to know what’s really in a restaurant’s dishes or you have food allergies and want to stay safe, this discrete scanner will tell you the allergens and chemicals in a particular food. The device can also track your daily vitamin intake — all you have to do is point the sensor at the food and it will go to work. 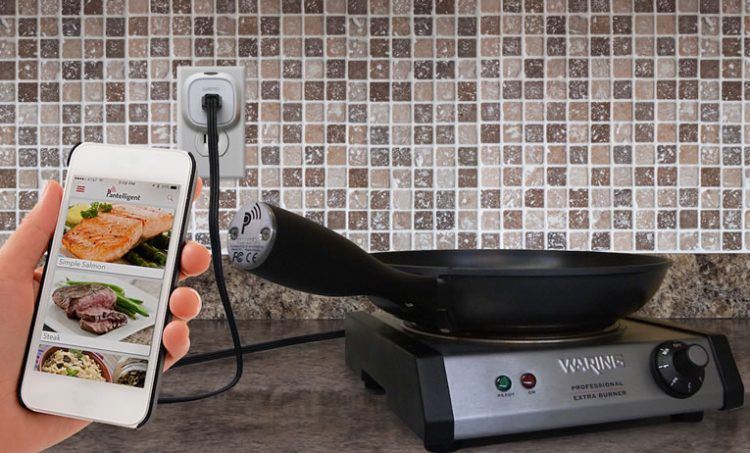 Skilled cooks know how to tell when food is perfectly prepared and should be taken off the burner, but there’s a learning curve for those who aren’t adept in the kitchen. If you want to cook well, but you also don’t want to keep burning food in the process of learning, there’s the Pantelligent. The $99 pan has internal sensors that are connected to an app, which will tell you exactly when to turn food, add ingredients, adjust your stove’s heat, and it will also alert you when the food is done cooking. 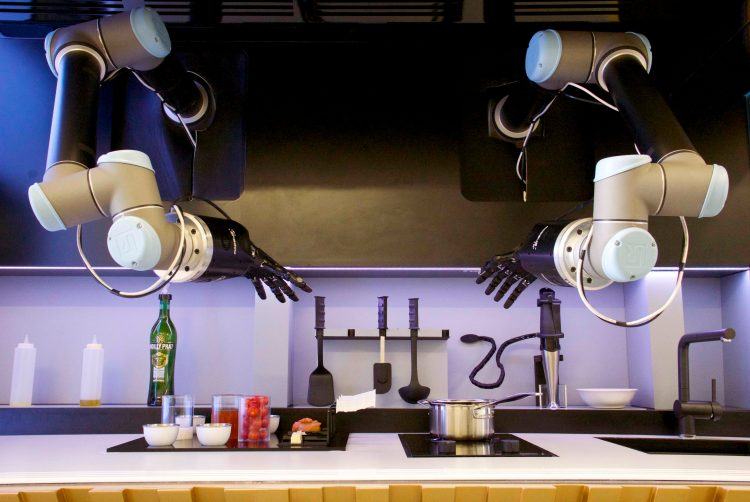 Don’t like cooking or washing dishes, but still want to eat a home cooked meal? If you’ve got the cash to spare, look into the Moley Robotics kitchen. It’s a kitchen with cooking technology designed around a robot that has the ability to cook like a human. No word on if the robotic kitchen can season food to taste, but it will be available on the consumer market in 2017. 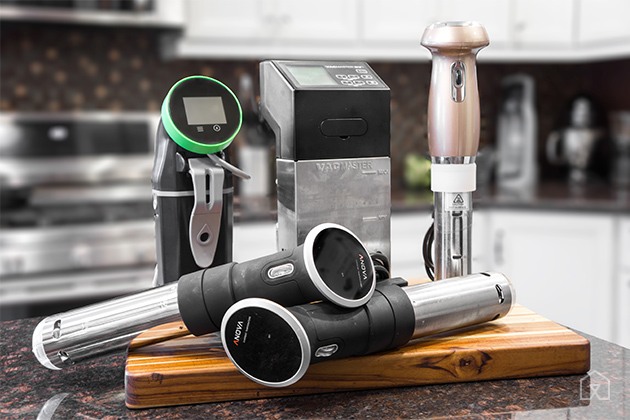 What, exactly, is sous vide? The phrase is French for “under vacuum” and refers to a method of cooking foods in sealed, airtight bags to better control the temperature and final outcome of the dish. Steaks are a popular food to cook sous vide, as are pork chops, chicken, and hard vegetables. This neat piece of cooking technology from Nomiku takes the guesswork out of sous vide. The latest version which costs $199, the WiFi Nomiku, is the world’s first sous vide machine with integrated connectivity. 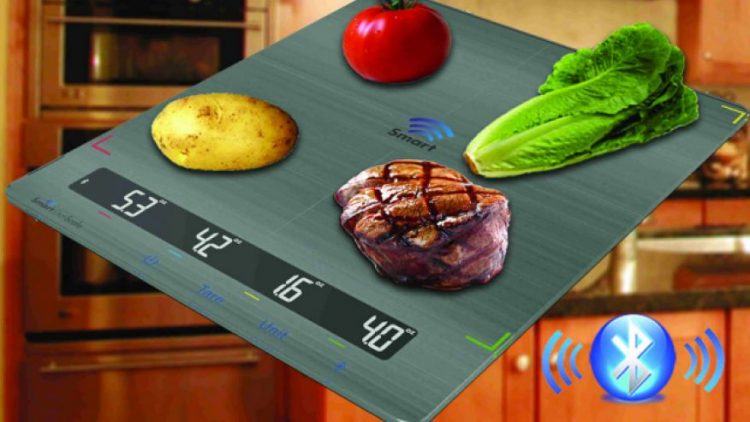 The Thinfilm food label not only tracks the moisture content and temperature of food, but it can also track its location. It’s largely marketed as a product to help grocers and restaurants keep food at safe temperatures, but it can also be used by everyday people who are concerned about food quality. Stick it on your sandwich at work and find out just which co-worker keeps raiding the fridge, or put these smart labels on your homemade creations and keep them fresher for longer. 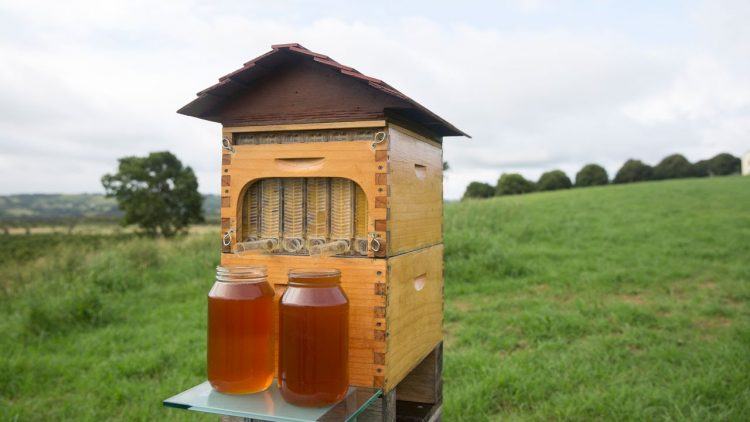 Honey has been used in the kitchen for centuries, but there’s always been two major issues: getting the honey without also getting stung or devoting large amounts of time to beekeeping. The Flow Hive resolves the problem of getting stung and it’s a lot less hassle than traditional apiaries. There’s a tap-like device on the hive box that allows up to 44 pounds of honey to be extracted at a time without disturbing the bees. The Flow Hive costs about $350.