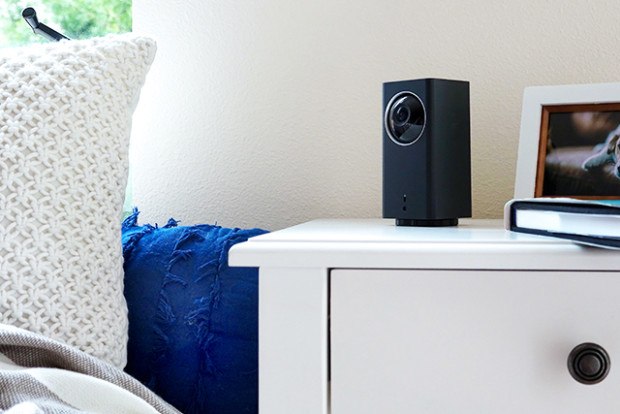 The iCamera KEEP Pro is the invention of iSmartAlarm, one of the leading start-ups in the security camera industry. It is an improved version of the iCamera, which was not as effective at the time of its launch. The numerous significant improvements in this gadget elicited great confidence among investors. To date, the iCamera KEEP Pro has received funding to the tune of $107,703, which is more than double the initially projected target of $50,000.

The iCamera KEEP Pro is expected to attract even more funding in the near future, and the rate at which its sales are picking signifies a great future. So far, the company has received orders from the U.S., Canada, and the European Union, and its market is expected to diversify both locally and internationally over time.

How the iCamera KEEP Pro Works

The iCamera KEEP Pro does what every other security camera should do and more. The goal is to keep you safe by helping you keep tabs on your home, office, or any other premises you may wish to monitor. For convenience and to always keep you up to date, the camera streams events live to your smartphone, and there are flawless iCamera KEEP Pro apps for both Android and Apple smart phones. And the best part? The software works on any network, including Wi-Fi, 3G, 4G, 4G LTE, and CDMA, so you always have access to the camera from any location and at any time.

The iCamera KEEP Pro is easy to control, as you can direct the lens by a simple swipe of your finger. Its strong network connectivity makes it immediately responsive, and both apps for Android and Apple are flawless in their functionality. The camera captures video at a resolution of 1,280×720 pixels, which ensures that the images are clear when identifying potential culprits. However, although it does come with night vision, the quality of videos and images recorded in the dark are not at par with other cameras in its category (but it is important to note that there are different versions of this gadget with different capabilities and prices ranging from $190 to $490).

The iCamera KEEP Pro stands out from the pack for more than just its video clarity and network connectivity. It is designed for maximum coverage, and it is the extra conveniences that make it a pace setter.

To start with, this gadget is conveniently small, with a design that resembles a can of soda. As such, it is virtually unnoticeable to strangers and is easy to carry around and set up anywhere. Its cylindrical design also allows the camera to rotate up to 3500 on either side, and it can move up and down up to 400. This flexibility ensures that you never have to miss a thing when scanning the vicinity of a room.

The iCamera KEEP Pro also kicked up the competition a notch with its motion sensing and sound recognition features. This simply means that it can alert you whenever it notices movement in the room, while the camera rotates as necessary to keep up with the intruder’s movements. It also recognizes sounds and alerts you of any suspicious activity through your app. The camera can sense CO2 and smoke in case of a fire breakout, subsequently triggering an alarm and sending alerts to your smartphone.

The most convenient feature of the iCamera KEEP Pro, however, is its ability to record footage in cloud storage. The apps for both Apple and Android feature a recording button that allows you to take snapshots of activities going on in the room as well as record video footage. The video footage is recorded in frames of ten seconds, which can reach up to 30 clips. These clips are accessible online on the cloud storage system and can be downloaded to your phone or computer.

As mentioned earlier, there are different versions of the iCamera KEEP Pro, depending on features and, ultimately, pricing. The most basic version goes for $109 on sites such as Amazon, while the most advanced will cost you up to $490. The variance in pricing is caused by the inclusion of better features such as better night vision, higher resolutions of up to 10180 pixels, and connectivity to the iSmartAlarm system.

The iCamera KEEP Pro is affordable when compared to other cameras in its category, which is one of the reason behind its growing popularity. Many people have pooled their resources on Indiegogo to fund the promising project, and it is expected to attract more funding as time goes by.

The Future of iCamera KEEP Pro

The iCamera KEEP Pro is expected to grow in popularity with customers for two reasons. For starters, it is a conveniently affordable camera when compared to other cameras in its class. Secondly, the iCamera KEEP Pro takes security to a new level with new features such as motion sensors and sound recognition. The gadget’s funding window is yet to close, and it may very well bag over 300% of its initial target before the period expires.