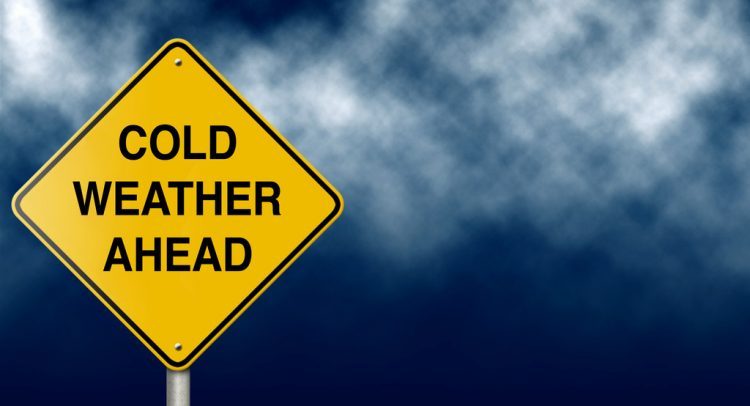 Fall is one of the best seasons for home projects.  This is partly because there is nothing else that can distract homeowners from getting something important done both on-budget and on-time, which is not something that can be said about the season that precedes it. However, it should also be noted that winter is the least hospitable season, meaning that important home projects involving the home’s basic systems must be completed before the onset of wintertime conditions. As a result, now is the time to get started on home projects before the arrival of cold weather can make the construction process that much more expensive and time-consuming.

Here are five examples of home projects that should be done before the cold weather arrives:

Landscaping is needed to maintain a home’s curb appeal, which is important because it has such an enormous effect on its value on the local real estate market. Homeowners who want to maximize their curb appeal in the winter should make sure to clean up fall leaves, prepare their perennials for colder temperatures, move their more fragile plants into warmer environments, trim their trees of dead branches that might snap off when loaded with snow and other build-up, and otherwise winterize their property.

However, it is interesting to note that some flowering plants are capable of thriving in certain climates even during the winter, meaning that some homeowners might be able to continue maintaining a beautiful property during the season so long as they are willing to put in the time and effort. Above all else, it is important to remember that different places have different conditions that are suitable for different plants, meaning that homeowners must research what is right for their location before coming up with a final plan for their winter landscaping.

Doors and windows are some of the weakest points in a home’s insulation, meaning that they need particular attention during the preparation for the coldest season of the year. Sometimes, this means improving their insulation, whether by installing weather-stripping in order to create a better seal against the elements or by installing window treatments to slow the rate at which heat can escape the home. Other times, this means replacing them altogether when they have become so outdated that it is cheaper to replace them than to repair them. Whatever the case, doors and windows should receive a lion’s share of the homeowner’s resources because their importance means that they should be completed as soon as possible.

There are a number of tasks that need to be performed when it comes to the roof before a home can be considered prepared for the winter. For example, homeowners need to make sure that their gutters are not just clear and unobstructed but also set up in a manner that will enable runoff to drain into the right locations, which are important for keeping the water from flowing into either their roofs or their foundations.

Likewise, homeowners need to check their roofs for small openings that can let out heated air during the winter, which can cause the build-up of snow to melt with some rather unpleasant consequences. First, the escape of heated air means an increase in their heating bills because of the increased effort needed to maintain a comfortable temperature in their homes. Second, the melt can flow into their roofs, where it can increase the chances of a mold infestation while also causing physical damage to the materials in the process. Third, ice on the roof is much more dangerous than snow on the roof, both when it falls and when it stays in place, meaning that it should be prevented as much as possible.

Winter can be brutal on paved surfaces. For example, water can seep into the asphalt when it has cracks, crevices, and other openings, thus enabling it to weaken the binding agent that holds all of the asphalt together. Even worse, the water can freeze and thaw multiple times over the course of the season, causing the existing damage to worsen as it expands and contracts again and again.

As a result, homeowners should make sure that their paved surfaces receive the maintenance needed to make it through the winter in excellent condition, which can mean a number of things. For example, cleaning is needed to remove the debris that can be ground into the asphalt as well as the chemical contaminants that can weaken it, while re-sealing is needed to provide it with a protective barrier that can keep out unwanted causes of change such as oil, water, and UV radiation.

Finally, signs of damage in the asphalt should be fixed as soon as possible because as mentioned, they make it much easier for it to suffer further damage, thus reducing its expected useful lifespan.

Outdoor plumbing needs to be protected if it is going to make it through the winter. This is because the water running through it can freeze when the temperatures are low enough, thus causing serious damage to the pipes and in extreme cases, even causing them to burst. Fortunately, homeowners can prevent such problems by draining the water and then stopping the use of their outdoor plumbing for the winter.

For increased insurance, they can even insulate their outdoor plumbing, which should make it that much harder for its contents to freeze under certain circumstances. Failing to do these things can result in serious leaks, which are not just expensive but also even more laborious and time-consuming than normal to fix while under wintertime conditions.

There are other possibilities than those that have been listed here. As a result, homeowners should make sure to consider the state of their homes as well as their own particular needs and preferences before choosing their home projects for the season. By doing so, they can be sure of maximizing the benefits that they can expect to receive from the time, effort, and other resources that they will be devoting to their home projects.