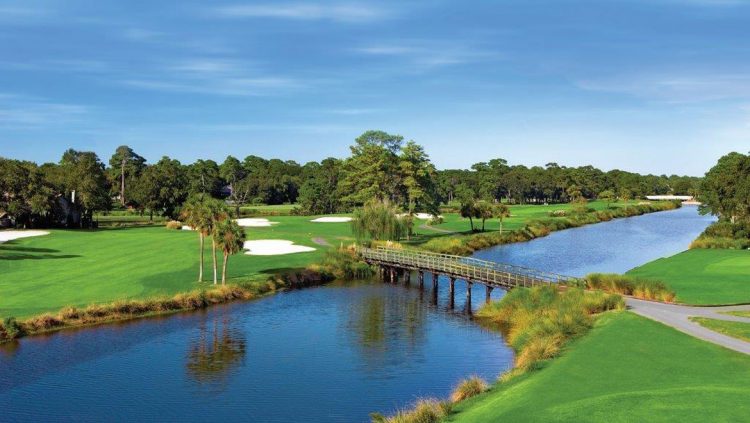 Hilton Head refers to both the town that can be found in the state of South Carolina and the island on which said town is situated.  The island is a popular choice for people interested in some rest and relaxation because it boasts miles and miles of beachfront out on the Atlantic Ocean. However, it should also be noted that it possesses a rich history, which has contributed much to its cultural offerings.

Both of these characteristics have been capitalized upon by the residents of Hilton Head over time, who have striven to improve what their town can offer them as well as their visitors without sacrificing the control over the island that is so important to them. Something that deserves respect because of all the care and consideration that have gone into the balancing act over the years.

Here are 20 things that you may or may not have known about Hilton Head: 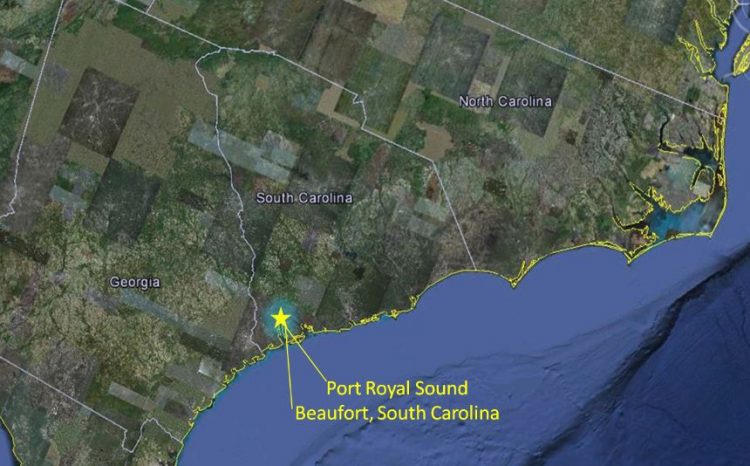 1. Named for a Captain

Captain William Hilton was the person who saw a headland situated close to the entrance of Port Royal Sound, meaning that he was the one who received the right to name it. Unlike most people, he chose to name the place Hilton’s Head after himself, which said a great deal about his creativity as well as the rest of his personality. 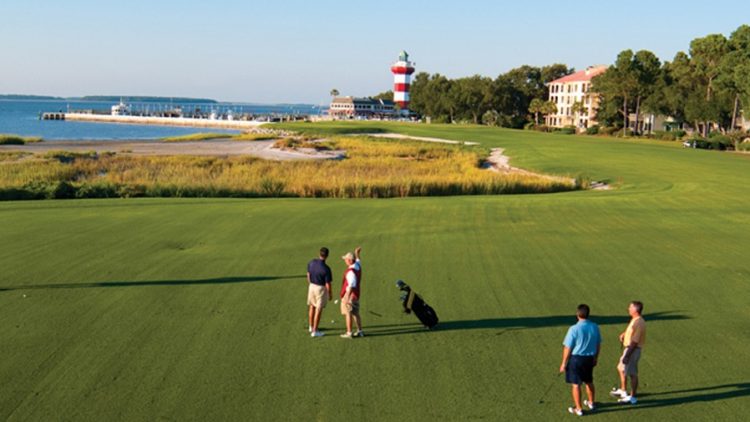 2. Has a Small But Booming Population

Hilton Head is like a lot of resort towns in that it has a small population but also the amenities and accommodations needed to host a much larger group of people during the summer. The 2010 U.S. Census revealed that its permanent population was no more than 37,099, which is a rather respectable figure but nowhere near the 275,000 people who flock into the town when the season of summer starts. Furthermore, it is interesting to note that Hilton Head’s population has been soaring, as shown by a 32 percent growth rate over the past decade. 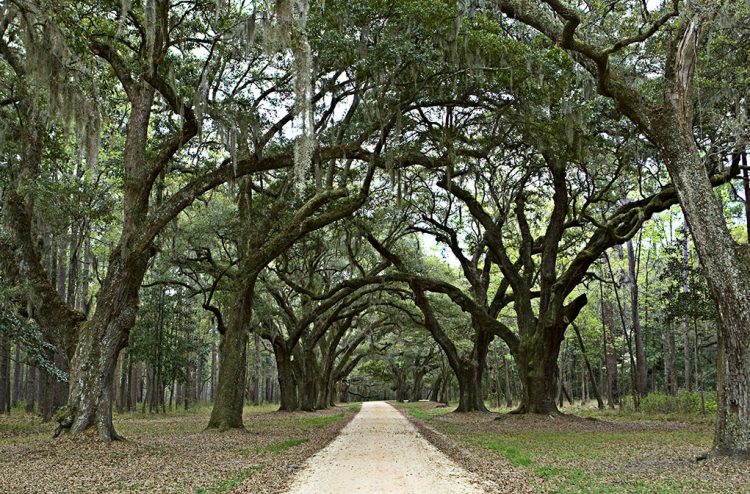 A high level of development tends to be associated with a loss of trees because it tends to be both simpler and straightforward to just cut them down instead of working around them. However, this is not the case in Hilton Head, which has gone out of its way to institute guidelines for not just the style of buildings permitted in the town but also what developers can and cannot do with existing trees. This is the reason that the town has a high tree coverage relative to the amount of development that it sees, which can seem unimportant but becomes much less so when people actually see the difference that it makes. 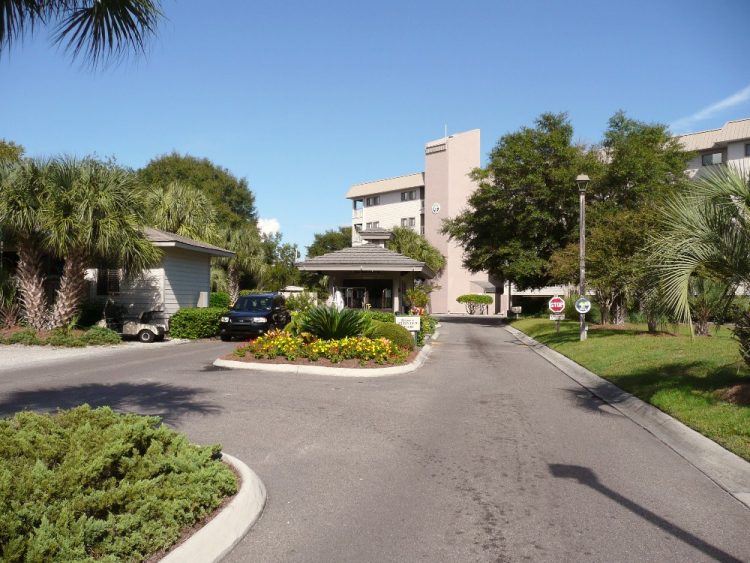 4. Most of Hilton Head Has Been Divided Up Into Gated Communities

Gated communities can be found throughout the United States because they tend to provide an excellent selection of amenities as well as a peaceful existence that is well-suited for raising families. In Hilton Head, their popularity can be seen in the fact that 70 percent of the island has been allocated to one of the gated communities or another, which happens to include the areas with amenities and accommodations for its visitors.

5. Has a Famous Arts Center

A superb example of Hilton Head’s cultural opportunities can be seen in the Arts Center of Coastal Carolina. Like its name suggests, it hosts a remarkable range of performances that encompass both performance arts and visual arts. However, it is particularly well-known for its theatrical productions, which are not just award-winning but also said to be able to rival some of the theatrical productions put on Broadway.

6. Has a Famous Choir

Another example of Hilton Head’s cultural opportunities is the Hilton Head Choral Society, which is a full chorus featuring 120 members. In part, it is interesting because it provides a chance for interested individuals to listen to them sing. However, it should also be noted that residents of Hilton Head have the chance to participate in it as well, which can make for an even more marvelous experience, particularly since the choir is open to all those who want to participate.

The Hilton Head Wine & Food Festival is held on an annual basis. Given its name, it should come as no surprise to learn that it is a chance for people to sample good food and good wine. Instead, what is surprising is that it is also a chance for people to see what is happening among Hilton Head’s local artists, thus making an already fascinating experience that much more so through the addition of further dimensions. 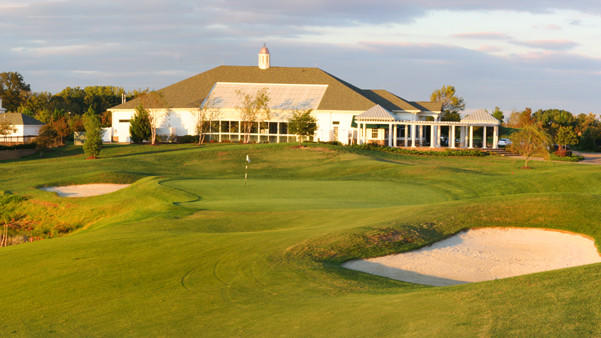 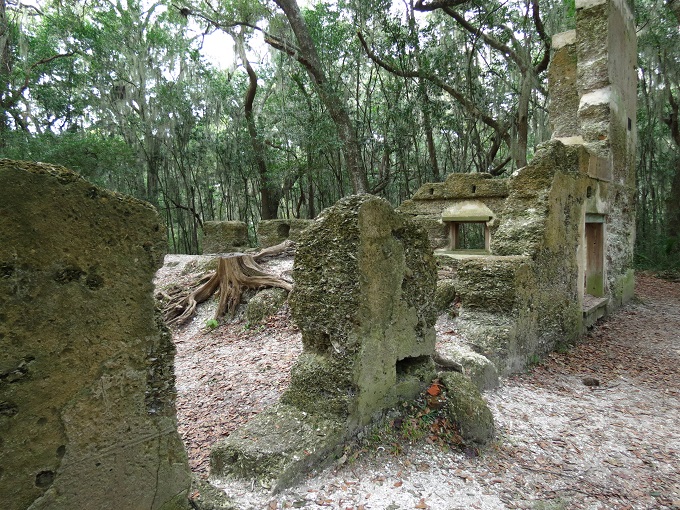 Like most of the best sites in the United States, Hilton Head was once inhabited by Native American people. As a result, the signs of their presence can still be found here and there on the island, with a prime example being the Sea Pines shell ring. Situated close to estuaries with large populations of shellfish, these archaeological sites can be found in countries such as Columbia, Peru, and Japan, though no one is sure how they came into being. Some archaeologists believe that they came into being because people were tossing the shells into shell middens that surrounded their settlements, while other archaeologists believe that they might have been built deliberately as monuments. 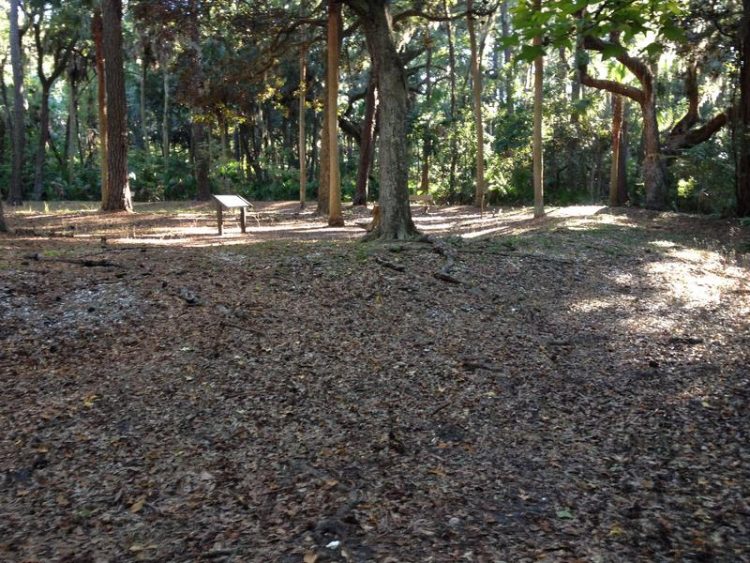 At one point, Hilton Head was home to other shell rings. Unfortunately, those archaeological sites were destroyed when the shells were removed for use in making cement for both roads and buildings, which was a horrendous loss from an academic perspective because there are about 20 such archaeological sites that have been uncovered in the entire world so far. Unsurprisingly, the remaining shell rings are protected by law so that archaeologists can study them for further insights into our prehistoric predecessors. 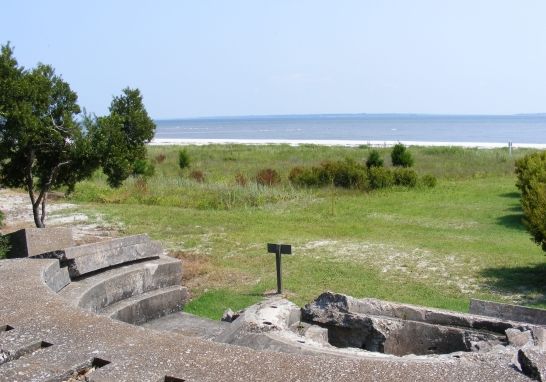 11. Saw One of the Largest Sea Battles in North American History

During the American Civil War, Hilton Head was home to Fort Walker, which was in the perfect position to protect the entrance to Port Royal Sound. Combined with the two rivers that fed said port, this made it a place of incredible importance for the cotton trade as well as the southern economy as a whole. As a result, the Union managed to assemble an enormous fleet for the purpose of implementing a blockade, which was successful in seizing the fort at the Battle of Port Royal in November of 1861. 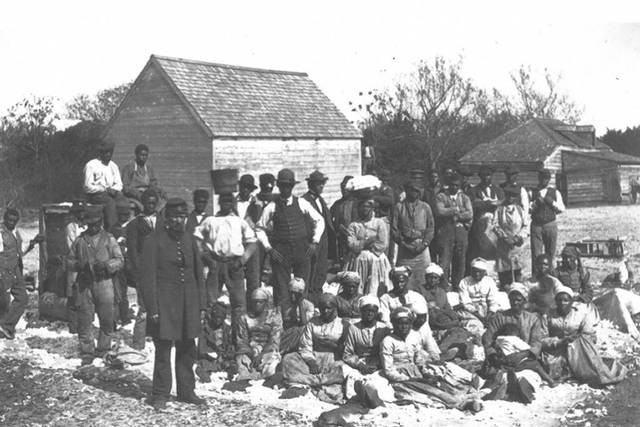 The Union held onto the fort as well as the surrounding region throughout the American Civil War. As a result, it became a popular site for ex-slaves fleeing their masters throughout the Confederate States of America. In fact, they came in such numbers that a new settlement named Mitchellville had to be constructed in order to house all of them, though this was no more than a part of the Union’s planned expansion for its new holdings in South Carolina. 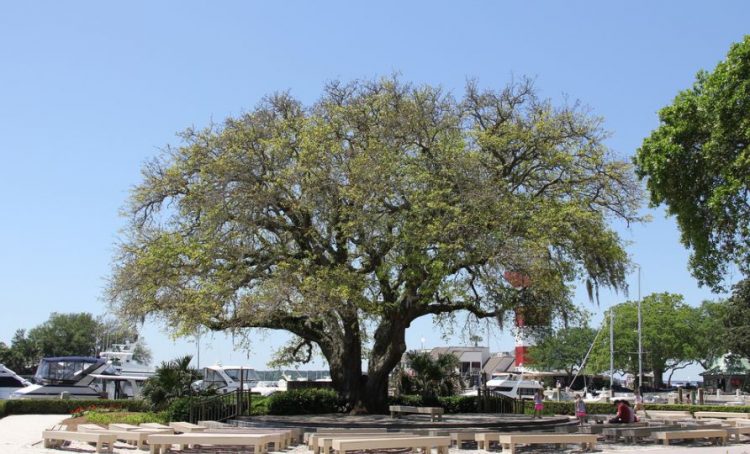 13. Home to the Liberty Oak

People living in Hilton Head have had a long and proud history of caring about the environment. For proof, look no further than Charles E. Fraser, who was responsible not just developing the Sea Pines Resort but also saved an ancient live oak by changing the configuration of a planned marina so as to accommodate its presence. Naturally, when Fraser died in 2002, he was buried next to the tree that he had saved, which had since become known as the Liberty Oak to the residents of Hilton Head. 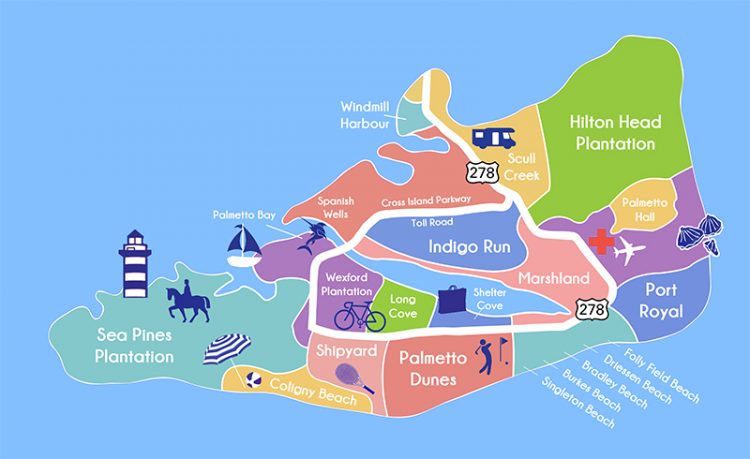 14. Is Sort of a Barrier Island 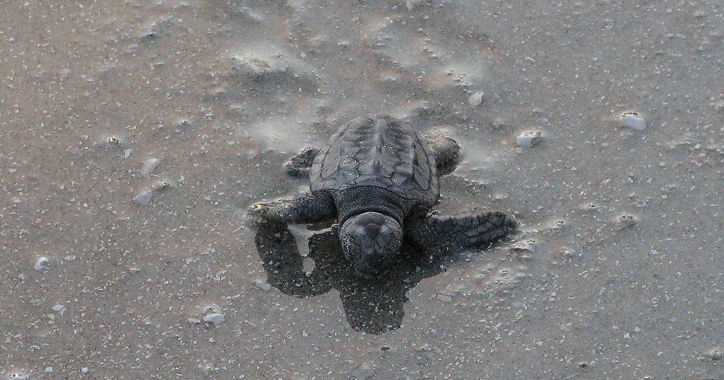 15. Has Extensive Measures to Protect Turtles

One example of the interesting wildlife that can be found in the region is the loggerhead sea turtle, which is endangered. As a result, Hilton Head has a number of initiatives designed to protect their dwindling numbers. For example, some of its organizations conduct patrols to locate nesting sites so that they can be moved to safer and more secure locations if that is deemed to be necessary. Furthermore, artificial lighting must be either shielded or turned off altogether at particular times of the year to keep it from confusing the loggerhead sea turtles, which can cause serious casualties when combined with the wrong set of circumstances. Finally, there are even tours which are designed to inform both residents and visitors about the loggerhead sea turtles, thus informing them about loggerhead sea turtles while also lowering their mistakes of causing harm by accident rather than intentional malice.

Dolphins for famous for their intelligence. For proof, look no further than the fact that the dolphins in the region surrounding Hilton Head have learned a special feeding tactic called strand feeding. In short, the marine mammals cooperate to herd entire schools of fish onto mud banks, where they are rendered helpless. After which, the dolphins enjoy the feast while lying on their sides before sliding back into the sea for further activities.

17. Not All of the Marine Life Are Pleasant

The waters surrounding Hilton Head are also home to stingrays, which should be recognizable as the somewhat squashed-looking fish with the poisonous barbs at the end of their tails. Under normal circumstances, they are not particularly interested in humans, but this can change in an instant when someone steps on them. Fortunately, the sting of the stingray is not life-threatening under normal circumstances so long as its victims receive the proper care. Unfortunately, stingrays are common and their stings are fairly painful as these things go. 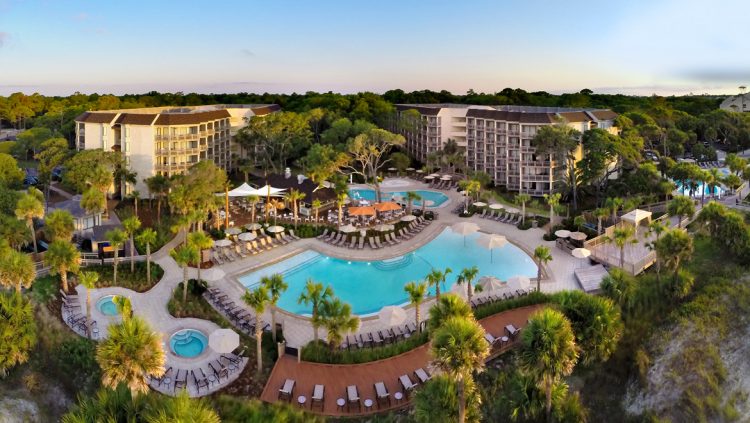 18. Has Appeared in Media From Time to Time

Since it is a relatively prominent place, Hilton Head has appeared in a wide range of media from time to time. For example, the character Alison DiLaurentis in ABC Family’s Pretty Little Liars is said to have stayed at one of its resorts before she disappeared. Furthermore, it is the home of Francine’s birth parents on American Dad as well as the headquarters of the interstellar telecommunications organization called ComStar in the science fiction franchise called BattleTech. 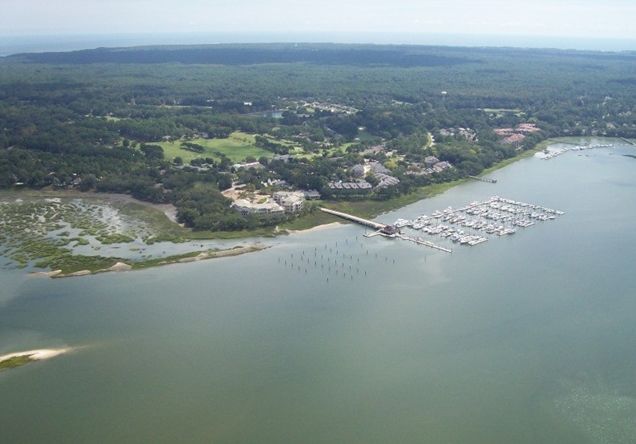 19. Brownish-Green Color of Coastal Water Can Be Blamed on Plankton Population

Here and there, Hilton Head has coastal water that comes in a color that is best-described as brownish-green, which is not attractive, to say the least. This coloration can be blamed on the population of plankton that can be found in them, which is so dense that they can actually affect details that can be seen by the human eye. With that said, it is important to note that the plankton are an important component of the region’s water-based ecosystems because it feeds numerous species of fish, which in turn, feed bigger species of fish as well as the birds, mammals, and other species that make the region their home. 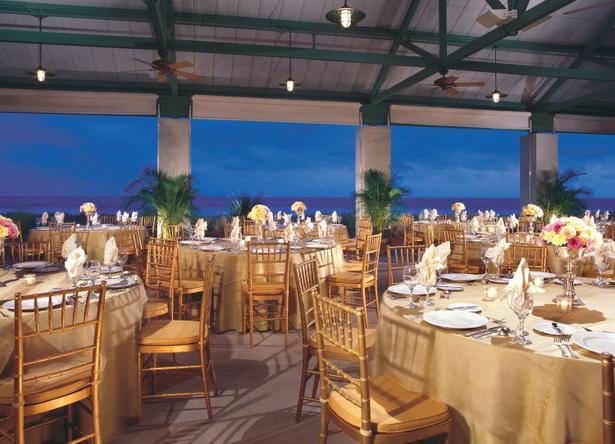 Whether people are interested in southern cuisine or something more exotic such as either Caribbean, Chinese, French, German, Italian, or Japanese cuisine, they are sure to be able to find it in Hilton Head. This is because the town is home to more than two hundred restaurants, which should be more than enough options for even the choosiest of restaurant-goers.