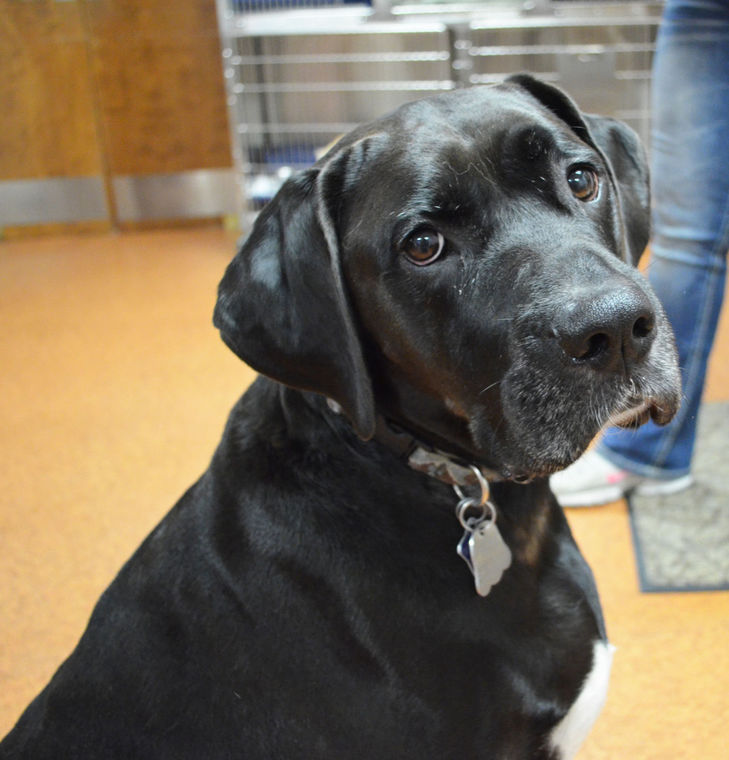 A former stray dog from Kentucky has saved the lives of dozens of dogs by donating blood to them for most of his life, The Times Tribune reports.

Rascal was a unwanted puppy that today has served a key role in a Kentucky animal clinic for six years. The Corbin Animal Clinic staff estimates that he’s about six-years old.

He started living in the Corbin Clinic at a estimated 10 weeks of age in 2010.

Veterinary Technician Deborah Berry Bryant admits that they tried to give Rascal away, but nobody wanted him.

Rebecca Bryant, Ms. Deborah Bryant’s daughter, who also works at the clinic, found Rascal running out of a bale of hay after playing with her friends in January 2010. Ms. Rebecca Bryant was 13 years old at the time. She said that Rascal jumped into her arms as if he knew her for years.

Ms. Rebecca Bryant was going to take Rascal to a shelter, but after becoming attached to him, she kept him.

After dedicating practically all his life to saving dozens of dogs, she said today Rascal is a lot more popular.

“Everybody wants him!” she exclaimed to the Times Tribune.

The Bryants have several dogs that live outside of their country home. Rascal was just a puppy when they found him, so he always lived inside. He didn’t have a dog house like the other dogs. He was to live outside once the temperature warmed up, but the Bryants would let him back in when he scratched on the door.

Since nobody would be around to let him out during the day, the Bryants would bring Rascal to the clinic daily.

One day, he was the only dog healthy enough to donate blood when another one needed a transfusion. Ms. Deborah Bryant told him that he needed to earn his use of a cage, food, and sleeping quarters. The clinic staff estimates that he has donated blood “dozens” of times.

Ms. Deborah Bryant said that although a dog of “Rascal’s size” can safely donate up to 900 ml of blood every three weeks, they only have him donate about 60 to 250 ml of blood for puppies and small dogs.

“I’d say most of the reason he gives blood is illness, especially parvo, in bad cases,” Dr. Hamlin said. “Puppies that come in with worms and parasites really bad, they will be anemic to the point where we have to give blood.”

“When you give (Rascal’s) blood to another dog,” Dr. Hamlin told The Times Tribune. “You basically have vaccinated that dog against that blood. His blood’s new, but they make antibodies to it and their immune system remembers that. Then they build up a good immune response, and when you give them another blood transfusion, then the dog is ready to attack those red blood cells and it will cause them to break down.”

Rascal follows a strict vaccination schedule and is tested for contagious diseases. As a donor dog, Rascal needs to be healthy, vaccinated, and free of illnesses.

The staff at Corbin Clinic explains that Rascal gets a bit anxious when he’s about to get injected. Nonetheless, he ultimately does what he has to do and gets rewarded with a meal or a treat.

Rascal is very friendly with most people and cats. However, he does bark at strange men according to Ms. Deborah Bryant.

“He loves kittens,” Ms. Deborah Bryant told The Times Tribune. “We brought a litter home and bottle fed them. He helped raise them.”

According to Ms. Rebecca Bryant, Rascal kept the kittens warm and washed them.

The clinic is very grateful for Rascal’s blood donations. Although they have prohibited Rascal from climbing on the furniture, when he’s on the couch, they let him watch TV on it.