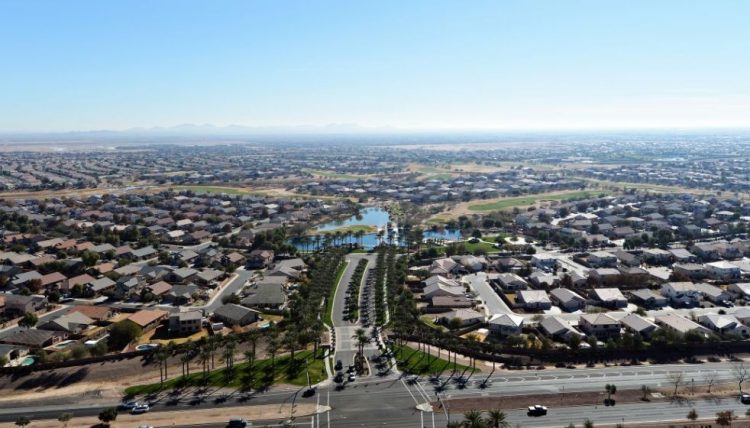 Growth means several things for a city. The main one is that it provides an opportunity to grow its economy, as the number of potential workers increases. People coming into the city will mean that they will spend their money locally which will have knock on effects for local businesses. They will also require services and so jobs will be boosted in healthcare and education. Growth must be managed but if it takes place in a positive way then it can be highly beneficial for the neighborhood.

This article takes a brief look at five of the fastest growing cities in the state of Arizona. The state has an economy that is larger than Ireland and New Zealand. Healthcare, state government and transportation are the largest economic activities although copper mining remains important. Indeed, more than 2/3 of the United State’s copper output comes out of Arizona. In march 2016 the state’s unemployment rate was 5.4%.

The data is based on the last census and the American Community Survey which presented a range of different information. We are interested in the growth rate between the figures presented in 2010 and the figures presented in 2014, specifically the percentage rate. Some cities have attracted more settlers but their percentage is lower so they feature further down the list. Only cities with a population of over 5,000 people were taken into account. In Arizona, this includes 59 cities. So, without further ado, let’s count down from five to one.

Sahuarita is located in Pima County, in the south of the state, 15 miles south of Tucson. It was founded in 1911 and incorporated in 1994. The Santa Cruz River runs right through the heart of town, making it seem like an oasis in the middle of this desert location. Water availability is a major concern for the town, especially i the light of its recent growth. 85% of water is used for mining and agriculture with the remaining 15% split between residential and commercial use on the one side and golf courses on the other. Current pumping rates from the groundwater is probably unsustainable and levels have been rapidly declining in recent years.

According to a recent Sahuarita workforce survey, 57% of residents commute to Tucson and only 16.6% work in Sahuarita itself. 12.7% work in the wider Green Valley region. Most people are employed in the following sectors: business, finance, management, IT, mathematics, architecture, engineering, healthcare and the protective service.

Sahuarita is full of new planned communities which have sprung up in recent years. These include Rancho Sahuarita and Resort, Quail Creek, La Joya, Valle Verde del Norte, Los Colonias, Los Arroyos and Madera Highlands. There are a number of new public parks proposed for the coming years (around an extra 125 acres to build on the current area of 92 acres.

Queen Creek is divided across Pinal and Maricopa counties in the central south of the state. It is an historic town but also puts education at its heart, meaning that it is a popular plac for young families to settle in. There are a large number of cultural attractions including the famous American Heritage Festival which si the largest annual educational living history event in the south western United States. Each year it attracts thousands of people who all spend money in the town, giving it an economic boost. Other things to do include a numebr of actvities at the Queen Creek Performing Arts Centre and the Barney Family Sports Complex. Forbes Magazine recently named Queen Creek one of the most friendly towns in the United States which has certainly helped its rating in terms of attracting people to visit and to settle.

Buckeye is located in Maricopa County in central southern Arizona and is the largest in terms of population of the cities on this list. In some ways it could be seen as a suburb, as it lies just to the west of the Phoenix metropolitan area. However, it is a city in its own right. Its proximity to Phoenix (about 30 miles) has certainly aided its growth in recent years. It has only been known as a city since january 1 2014 when it was changed by the means of a public vote. There is a huge amount fo growth planned by the authorities for Buckeye. This includes nearly 30 master planned communities, including some that are already under construction, such as Festival Ranch, Westpark and Sundance. Sundance Town Center includes an enormous shopping centre that was developed by Vestar Development and opened in 2007.

A particular draw for settlers is the amazing Buckeye Hills Recreation Area and the Skyline Regional Park which is an 8700 acre mountain preserve near to the city. This free attraction is flocked to by tourists every year, wanting to escape the city. It is great for kids and for families. The most famous resident to have live din Buckeye was probably Upton Sinclair, the author.

San Luis (Saint Louis in English) is located right on the Mexican border in Yuma county. From 1990 to 2000 it was the second fastest growing city in Arizona and this is mirrored in the 2010-2014 result. It has always been defined as a border town, having been established in 1930 as a border crossing point. It has only been in recent years however that the city has really taken the bull by the horns and worked to grow signifcantly. Between 2006 and 2012 for example they annexed over 16,000 acres of land to increase prospects for building. The local economy is driven by a mix of retail, agriculture and manufacturing. The biggest single employer however is the Gadsden Elementary School District.

Maricopa is part of the Phoenix metropolitan area which used to be based around 3 location which eventually merged. It was based around a series of watering holes and was called Maricopa Wells by traders. Part of the city lies within the bounds of the Ak-Chin Native American community which has developed a casino which makes a significant contribution to the city’s economy. Its growth can be put down primarily to location and opportunities that the position brings with it given its proximity to Phoenix. Median incomes are increasing and the future looks bright for this city.