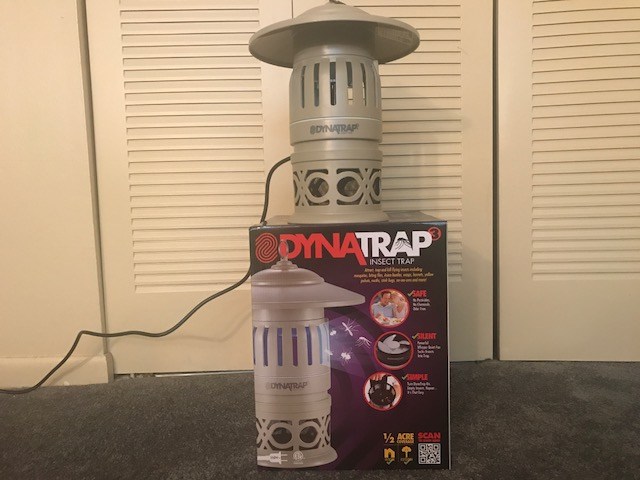 When I moved to Florida a little over two years ago, one of the first things I noticed were the bugs. Of course, there are bugs everywhere – but the bugs in Florida seem to be everywhere all the time. It can definitely get annoyed, especially in the summer. Lately, I’ve been running into an issue with bugs getting into my house  every single time I open the door. This is especially a problem a night because the bugs are attracted to my porch light. I’m not a huge fan of pesticides, and because I have a dog I try to keep any use of toxic chemicals to a minimum. So when I got the chance to check out the DynaTrap insect trap, I jumped immediately.

I had never used any sort of bug zapper before, and I wasn’t sure what to expect. I was hoping for something that would be quick to set up and easy to maintain, and luckily, the DynaTrap was both. The device comes in a medium-sized cardboard box that is bright and attractive. 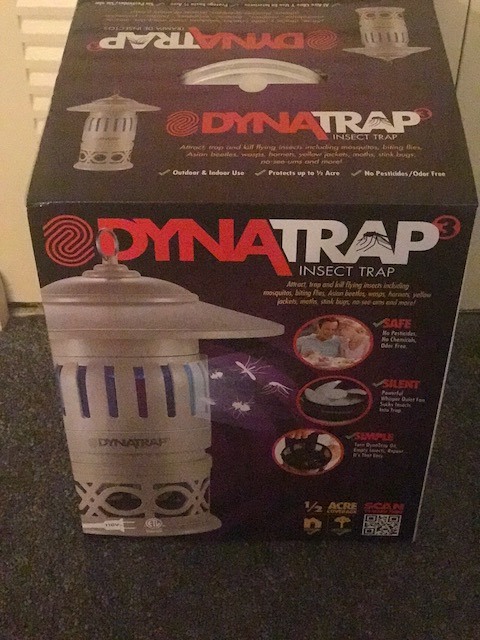 I know bug zappers aren’t generally anything to get exited over, but the packaging is so clean that it will definitely grab your attention. 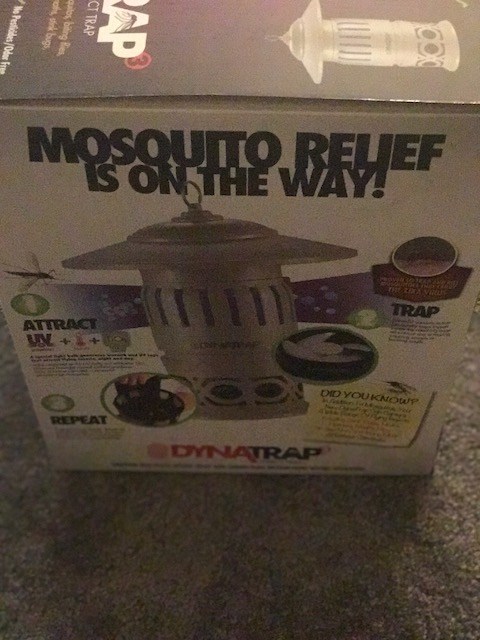 The DynaTrap box also does a good job of giving you a run down on what you can expect from the product. You’ll see that it can be used both indoor and outdoor with up to 1/2 an acre of protection. It also notes that the DynaTrap insect trap is odor and pesticide free. As a dog owner both of those things are very important to me.

If there’s one thing I hate as much as bugs, it’s setting things up. I don’t like things with too many pieces and too many parts. Needless to say, I was very pleasantly surprised when I opened the DynaTrap and saw how straightforward it was. The DynaTrap is designed to work right out of the box. All you have to do is take the plastic off, plug it in, and you’re good to go. 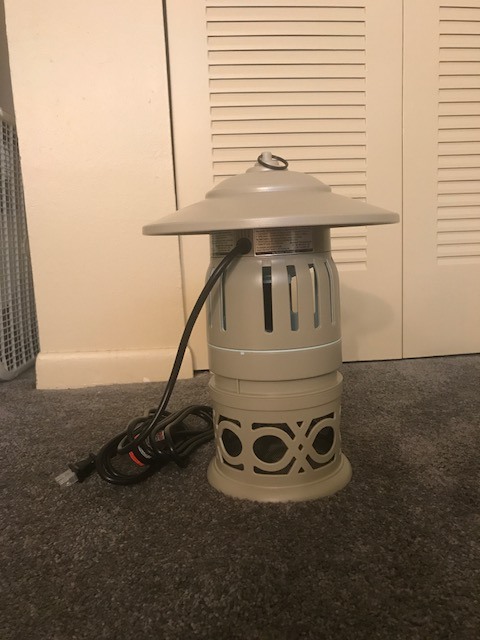 I decided to put my DynaTrap near my front door because that seems to be how most insects are finding their way into my house. As the instruction manual states, the device definitely works best at night. The insects are drawn in by the blue light and are ultimately zapped.

However, when I say zapped, I mean in the quietest way possible. My parents had a bug zapper when I was a kid, and any time a bug met its end, there was a very loud buzzing noise. That isn’t the case with the DynaTrap insect trap. You can’t even hear the bugs being zapped which is a great thing, but especially if you plan on using the DynaTrap indoors. 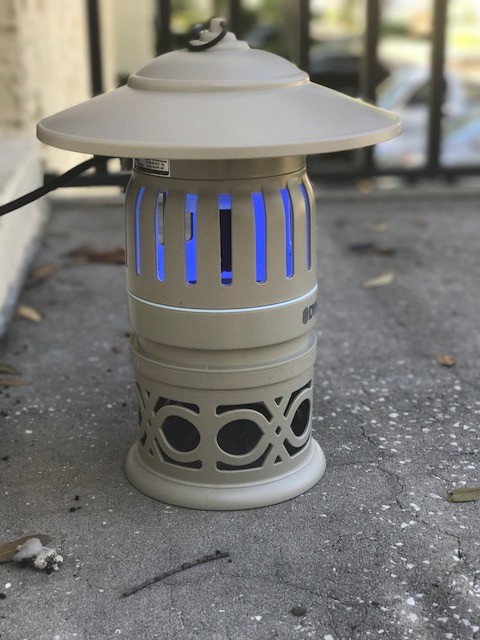 The dead bugs are stored in a cage area at the bottom of the DynaTrap and should be cleaned once a week. Mosquitos were definitely one of my main concerns and the DynaTrap did a great job of catching them.

I also noticed that a few moths were zapped as well as some smaller flying insects that look like they could have been fruit flights or gnats.

I won’t say that I didn’t notice any bugs after using the DynaTrap, but there were definitely less. The placement of the device may have also had something to do with the overall performance (see cons section). This could also be because there was another bright light nearby that the bugs may have been drawn to.

Regularly cleaning the DynaTrap is fairly straight forward. All you have to do is untwist the bottom half the DynaTrap and remove the cage. However, the instructions were a little confusing, because they mention that you’re supposed to remove the screw that holds the cage in place. Unless I missed something, my DynaTrap didn’t have any such screw. But this isn’t really an issue because simply untwisting the bottom of the device is a lot easier than dealing with a screw. 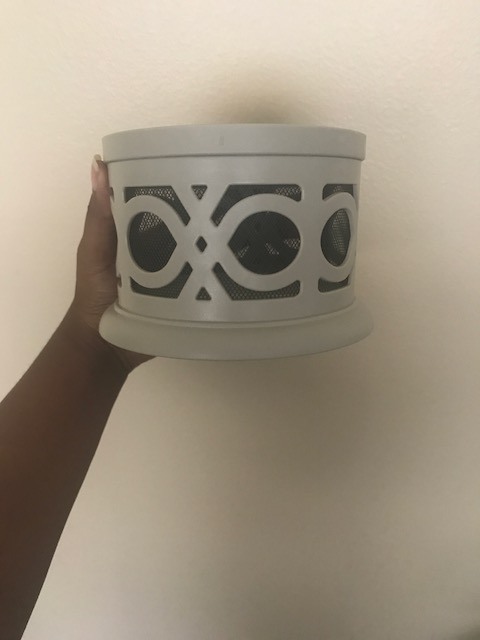 Once you’ve opened the cage you can throw the dead bugs in the garbage. The DynaTrap insect trap comes with a brush so that you can sweep the cage clean. Not only is this process simple, but it also leaves little room for error as far as accidentally touching or spilling bugs all over the place. 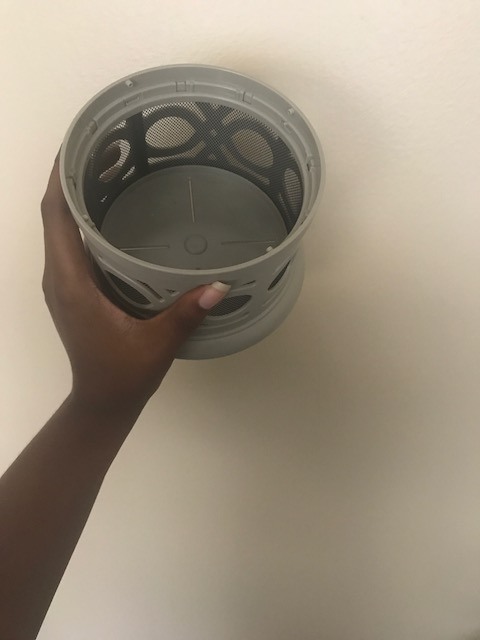 It would have been nice for the DynaTrap to come with some sort of pole or stand. It does come with a chain, and there is a hook on the device, so if you already have a pole you can easily attach it.

Personally, I don’t have anything to hang the DynaTrap to, so I had to put it on the ground. I think it may have been a bit more effective had it been higher up.

Another con I noticed was the size/design of the device. To put it simple, the DynaTrap looks exactly like what it is, a bug zapper. This is fine for outdoor use, but when trying to use the device indoors it can definitely be a little unsightly.  If you are having a bug problem in your house, you don’t want to announce it to the world by having a huge bug zapper sitting on the floor. I would’ve liked to use it indoors at some point, but I really couldn’t find a place in my house where it would be discreet and not take up too much space.