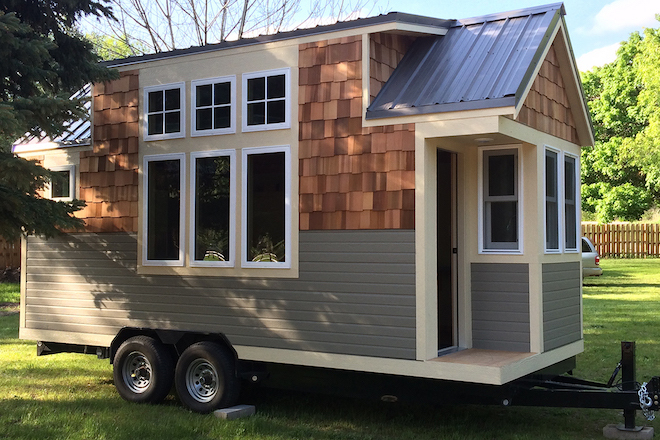 The concept of tiny houses has become very popular over the last several years. These smaller, more cost and energy-efficient homes have become a great alternative for people looking to downsize. Tiny houses also give people the freedom to move around like never before. Well, it looks like Rod Stambaugh, a developer in Colorado is looking to create tiny house developments in mountains towns throughout the state. Stambaugh, believes that building developments of tiny houses can help solve a problem for rural ski towns that are struggling to house seasonal employees. According to Stambaugh, “Tiny homes are the only solution that can save some of these declining rural communities or provide quality affordable housing in…the mountain communities that are booming.” Over the last several years, Stambaugh has been very vocal in his opinion that his tiny house developments could be the answer. He also believes that tiny houses can act as temporary housing for those who have been displaced from their homes due to emergencies and natural disasters.

After the property zoning codes were changed in the city of Walsenburg, Colorado, he has been working to put his theory to the test. Stambaugh is currently in the process of planning to build 32 units between 262 to 672 square feet and he is hoping they will sell for $60,000 to $130,000. The situation in Walsenburg is unique because it is the first city to alter its zoning codes to accommodate a development of tiny houses. However, Stambaugh is already thinking about bringing his developments to California, and if his tiny houses take off, they could really help solve similar housing situations in other areas. Although Stambaugh is primarily focused on providing housing for employees, only time will tell how things expand. Perhaps tiny houses are just what the real estate industry needs to help revive many people’s interest in becoming home owners.