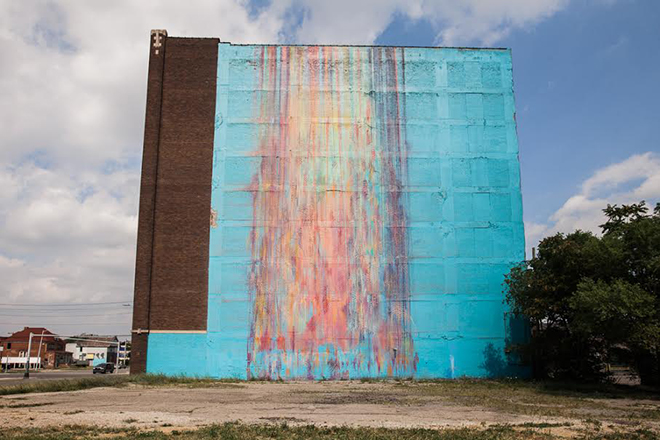 The most recognizable mural in Detroit MI is about to be in the middle of a serious legal battle that will ultimately decide the project’s fate. The mural, which was created in 2009 by Katherine Craig is painted on a nine-story building, and consists of several bright colors. Since its creation, the mural has become a fixture in Detroit MI and it has attracted countless viewers. However, the building was recently purchased by a property management and construction firm. Although the company has specifically stated their plans to destroy or alter the mural, Craig is being proactive by taking the issue to court. According to reports, Craig “seeks an injunction that would bar the developer from destroying or otherwise altering The Illuminated Mural—something that the developer intends to do in order to convert the building into lofts or apartments.” Craig believes that her mural should be protected under the Visual Artists Rights Act of 1990 which was made to protect visual arts.

According to Kristin Caps of CityLab, “The Visual Artists Rights Act (VARA) protects artworks of “recognized stature”— including murals—from destruction, whether “intentional or grossly negligent.” If the federal court grants an injunction in Craig’s case, it would prohibit the building’s owner from knocking down the building or punching holes through the mural for windows. The injunction would further require Princeton Enterprises to notify potential buyers upfront about the mural’s protected status.” Although the future of the mural it still yet to be determined, it raises an interesting question about an artist’s rights when there work is done on a canvas that doesn’t technically belong to them. While some people understand Craig’s desire to keep the mural intact, others say that the new building owners should be able to do as they please.