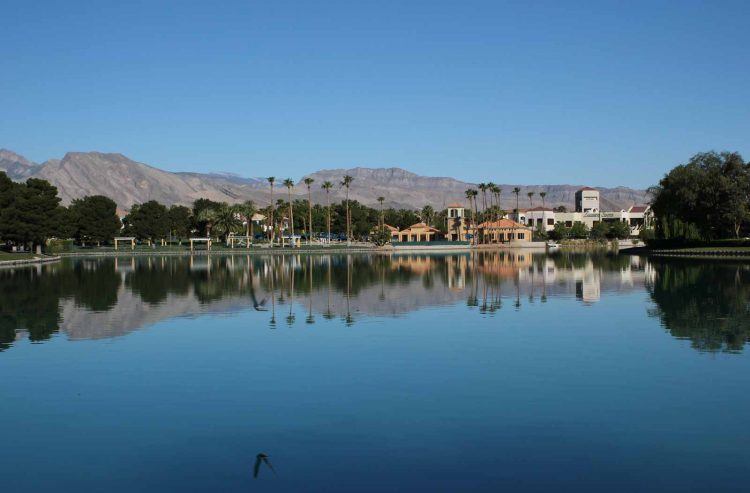 The community of Desert Shores, Nevada is a neighborhood that is located within Las Vegas, but maintains its own separate identity as a community. It one of the most up and coming neighborhoods in the United States. It has earned this distinction in part because of its close proximity to all of the amenities that are featured in the nearby Las Vegas, yet it is far enough from the hustle and bustle of the larger city.

What makes Desert Shores so attractive?

The community takes great pride in the accomplishments of the settlement. There is a great sense of community and enough involvement from the locals to make it a thriving area. The climate is excellent with the majority of days being on the sunny side. Whether you’re single or married and planning to have a family, you’ll easily be able to find a suitable home in the neighborhood. It’s an excellent option for anyone who works in Vegas but wants to get away from the crowds. Here are some of the statistics that show Desert Shores as a good choice to build a life.

The cost of living

When compared with Las Vegas, the cost of living in Desert Shores is about equal. It costs no more and no less on average, but there are certain advantages to living in a smaller community. Although the cost of living in this area is on average 5% higher than the national average, the thing to keep in mind is that it is in competition with a lot of different cities that don’t offer the great surroundings and other advantages.

It is much like paying just a little extra for a more comfortable lifestyle. On the other hand, the cost of housing in Desert Shores is equal to the national average, which brings it level on a few other fronts. A real benefit to living in this area is that the Nevada state income tax is 100% lower than the national average and this gives residents a healthy advantage over many others.

The crime rate in Desert Shores

Because Desert Shores is so close to Las Vegas, the crime rate is about 20% higher than the national average. There are 9.71 crimes committed for every hundred thousand people in the area. Even though this may seem high, this community is still ranked as being safer than twenty nine percent of all of the other cities in the State of Nevada. In Desert Shores, the odds of becoming the victim of a crime are about one in twenty nine.

The majority of crimes committed in this area are related to theft and burglary. Nothing that a good security system cannot foil. There aren’t many violent crimes reported which is a definite bonus. The statistics show that crime in the neighboring town of Las Vegas in on a decline of 5% annually and this may well soon reflect in the rates for the Desert Shores neighborhood.

If you have school aged children or are planning to have a family, Desert Shores offers some great options for school. There are several nearby schools available with decent ratings. The average test scores of schools in Desert Shores are equal to the national average. Over eighty eight percent of the people in desert shores have completed the eighth grade with the same percentage of the population who have finished high school.

More than twenty seven percent of the Desert Shores population have completed their bachelor’s degrees, which for a town so close to Vegas, is fairly remarkable. The quality of educational opportunities in this area are another reason that the town is getting so much attention for its livability.

Desert Shores has an edge when it comes to employment statistics. The income per capita in this area is two percent above the national average. The median household income takes an even higher jump coming in at a whopping fourteen percent above the national average. This suggests that the earning potential in Desert Shores is a lot higher than in most other cities in the United States.

Men do seem to have an advantage over women as the facts show that male median earnings rise to approximately forty one percent higher than the earnings of women in the area. The poverty level in Desert Shores is equal to the national average as each city in the nation is feeling the impact of lost jobs. The unemployment rate for this area is fifty two percent higher than the national average which is the one drawback.

The average price for a home in Desert Shores is seven percent lower than the national average, although rent comes in at fifteen percent higher. It seems that if you choose to live in Desert Shores, you’d do better buying over renting. The average household size is a little larger than the national average as well which suggests that families are choosing this area to build their lives.

Desert Shores is certainly on the move with construction of new homes taking place on a consistent basis. The current situation is promising as the town offers a more laid back environment for people who are tired of fighting the crowds of the larger metro area. The advantage of being so close to Las Vegas is that residents have fast and easy access to all of the amenities that it has to offer. When they’ve completed their business or enjoyed the full assortment of entertainment, it’s not a long drive to get away from the city.

Desert Shores offers competitive housing opportunities and this is perhaps one of the major attraction points that it has to offer. Buying a home in this neighborhood is less expensive than in Las Vegas or many of the other cities in the United States. This makes it easier for first time home buyers to secure a residence and for young couples to purchase their first home. The future looks bright for Desert Shores for the further development and expansion of this attractive and pleasant community within the city limits of Las Vegas.