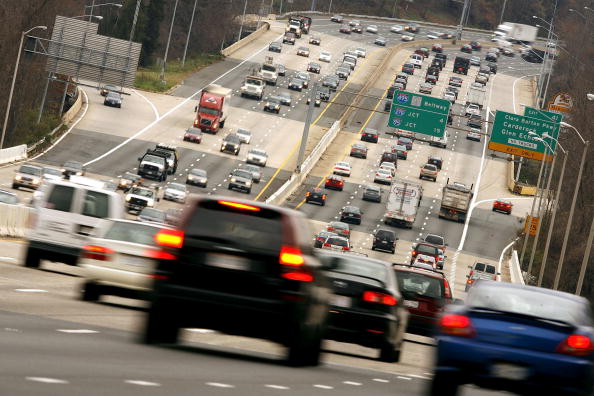 No matter where you are in the world, if there’s one thing that everyone can agree on, it’s that traffic is no fun. Even when you’re not in a rush to get somewhere, having to slow your roll to spend time sitting in the street is one of the worst feelings while driving or riding in a car. However,  while traffic can be an issue anywhere, it’s no secret that people in bigger cities tend to have it worse than people in other places. In fact, some people in urban areas have had to add more than an extra hour to their amount of traveling time to make up for stand-still traffic. But while you may expect these sort of issues to be mostly present in cities like New York or Los Angeles, it looks like people in D.C. have it worst of all.

Although D.C. is not even close to being one of the largest cities in the country, the average commute time is well above the national average. According to a report recently released by Urban Mobility Scorecard, drivers in D.C. waste the most time sitting in traffic with an average of 82 hours a year. This number puts the capital city above major cities like Los Angeles (80), San Francisco (78), and New York (74).

Unfortunately for drivers in D.C. and other cities throughout the country, the study indicates that the number is only going to get worse as time goes on. By 2020, the average annual delay per commuter will increase from 42 to 47 hours – which means that places like D.C. will be even closer to pushing triple digit numbers. However, this dilemma has proven to be a catch-22, because these numbers are actually a reflection that the economy is doing well and that gas prices are low. In the last 12 months, Americans have driven more than 3 trillion miles – a number that hasn’t been seen since before the recession. But on the flip-side, spending time in traffic also means that people are spending money on wasted fuel.

Although the authors of the report suggest some solutions for handling the issue – none of them are quick or easy fixes. They say that there needs to be more money invested in roadways and transportation and also cite that flexible work schedules may be able to help make the dreaded rush hour more bearable. Hopefully the future will involve a lot less stop and go, but for now, commuters in D.C. and other cities are going to have to get used to being stuck in traffic.