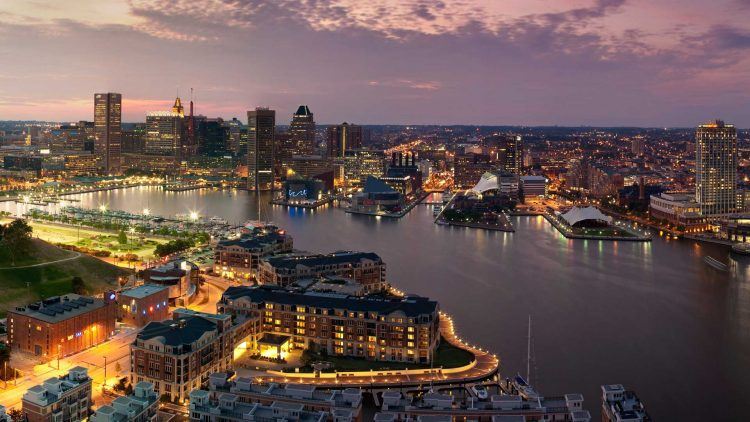 As in many other neighborhoods in the country, Baltimore neighborhoods bring up many stereotypes.  From demographics like hipsters, college kids, rich areas to what would be considered ghettos, there’s something for just about anyone.  In terms of highly rated, the Inner Harbor neighborhood consistently ranks as a great place to live due to the strong economy, sporting venues, entertainment and nightlife. Unfortunately it’s not all sunshine and rainbows around the rest of the city, as many neighborhoods are struggling.

With a population of 2,100, a median income of only $30,000, and a house value of $146,000, Grove Park is a little nicer than the other eight neighborhoods below it. While the area suffers around 1,900 violent crimes per 100K and 6,700 property crimes per 100K, the police presence has dropped in this area resulting in a growing crime rate. The only reason Grove Park is not 10th on the list is due to the growing crime rate that is estimated to soon surpass West Baltimore.

With a crime rate of almost 9,000 per 100K people, Berea is another overlooked area that’s often been seen with dilapidated buildings and garbage on the streets. The population is 5,400 with a median income of $33,000 and home value of $97,000. Berea is situated next to the Orangeville neighborhood (#3 on this list) which is currently part of an industrial wasteland. However, the city is trying to gentrify this entire area with new development.  The future is looking brighter.

With a violent crime rate of 2,100 per 100K people and property crime rate of 7,500 per 100K people, like most of the neighborhoods on this list, Madison-Eastend has a small population of around 5,000 residents, median income under $28,000 and a home value of only around $80,000. There are signs of hope for the residents of this neighborhood. In 2013, a new initiative was set to battle drugs and violent crime in this corridor.  Progress is being made but still, a lot of work needs to be done.

Although higher on this list, Greater Rosemont has been known to have certain sections resemble that of a war zone. The houses and buildings in these areas are decrepit and rundown, streets are not well-maintained, and the police do not frequently patrol. The residents practically live on top of each other with a population of 18,000 in a very small area. The median income is $28,000 and the median home value is $93,000. The estimated total number of crimes is 9,100 which is almost triple the average. The biggest crimes are violent in nature with around 2,000 per 100K people. Also property crime is high in this area with 7,100 which is significant when compared to the national average of 2,600.

With a total crime estimate of 9,297 crimes per 100K people, Greenmount East is in the middle of our list. This area has a violent crime rate of almost seven-times the national average and a property crime rate of almost three-times the national average. The population of the area is 10,000 with a median annual income of $24,000 and a home value of $94,000.

Orangeville also has a small population of 2,200, a median income of $32,000 and a home value of only $69,000. According to Citydata.com, the Orangeville neighborhood has a crime index of 698.3 compared to the U.S. average of 244.1. That means that the amount of crime in this neighborhood is almost three-times as bad as the United States average.

With a small population of only 2,951 and a median income of less than $25,000 per year, the Monument Street Area has been known to be a place frequented by crime. The median home value is only $36,000.  Like Fairfield, Monument Street has an income lower than 99.7-percent of United States neighborhoods with 83.2-percent of children living below the federal poverty line.

The trends contributing to high violent crimes and property damage include low incomes, in some cases below the poverty line, and low housing values.