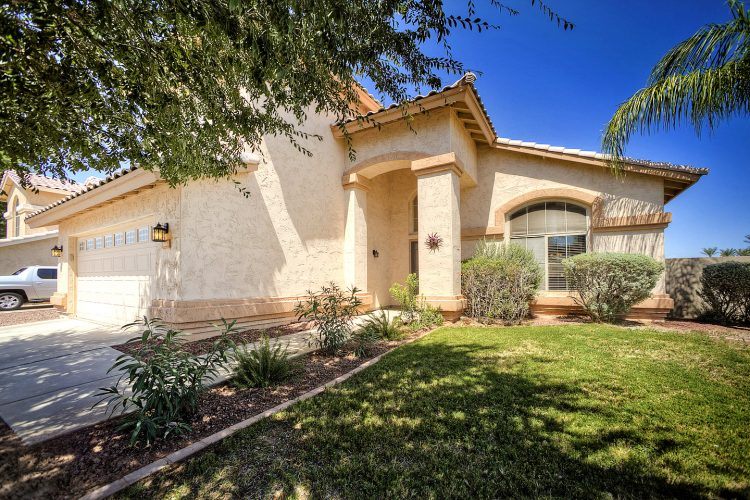 It could be the fact that the schools are highly rated, or the low crime rate in the region. It also could be the wonderful weather, housing affordability or the amenities. It is certainly a combination of all of these things that makes Clemente Ranch among the top choices for building a life in the Phoenix area. Throughout the last few decades, the influx of younger people with higher median income levels has taken the area to new economical heights with a greater ability to sustain businesses which enhance the local economy.

Beginning with the over age twenty five and older population, it is estimated that thirty nine and a half percent have achieved at least a Bachelor’s degree. This is higher than the neighboring Phoenix Metropolitan areas or Chandler. The neighborhood indeed is very well educated and it draws a like population with improved prospects for higher employment rate and income levels.

Young people with families have a choice of several top rated schools to send their children. The educational statistics for Clemente Ranch show that there are four schools in the area with a nine out of ten rating for excellence in safety, class size and safety in near proximity.

The population of Clemente Ranch features a fifty and a half percentage with an annual household income of between seventy five thousand and one hunred and fifty thousand dollars per year. Over eighteen percent of the Clemente Ranch residents have annual income levels of one hundred and fifty thousand dollars and over, making up a high percentage of wealthy residents for the size of the community.

The majority of people living in Clemente Ranch are homeowners. Over seventy five percent of the population either own or are buying their residences. The average cost of monthly mortgage is between fifteen hundred and two thousand dollars per month for thirty nine percent of home owners. It is estimated that residents pay an average of five hundred to a thousand dollars on associated home owner costs monthly.

The estimated cost of living for renters in Clemente Ranch is between one thousand and fifteen hundred dollars each month including the gross amount of rent, plus averages for fuels and utilities.

There is a small amount of cultural diversity in this community, but well over eighty percent of the population are Caucasian. The next highest population distribution is just over seven percent Asian and the remainder other. Over thirty five percent of the residents of this community are under twenty years of age with the next highest group at just over twenty three percent being residents between the ages of forty five and sixty four years of age.

The Clemente Ranch neighborhood features forty six local businesses. This makes it possible for residents to conduct their shopping business without the need to travel into the greater metro area. This also helps to keep the business and funds flowing through the local community as an additional boost to the economy. Jobs are available because of the high number of businesses in the area, but those who choose to commute to the metropolitan area can expect to have a commute time of approximately twenty six minutes.

Clemente Ranch is a more laid back and respectable community which is one of the reasons why it has such tremendous appeal for younger couples with families. There are approximately forty five percent fewer bars in this neighborhood than there are in the State of Arizona by comparison per capita. The neighborhood also has over three times as many gyms and fitness centers than the state average. This implies that the residents are more inclined to pay attention to health and fitness concerns.

The lack of public transportation makes it important to be a licensed driver and own a car. This is the most common mode of transportation for the residents of the area. Many people in Clemente Ranch commute outside of the community for work. It is estimated that the number of commuters from this area is around thirty percent.

In general, the climate in this area averages slightly over ninety degrees in the summer, with July being the hottest month. The coldest temperatures, which generally occur in December are around 52 degrees for a temperate climate with an average of just over ten inches of precipitation annually. The only real drawback to living in this area is that there is a higher risk of flooding than for some of the surrounding communities.

Overall, Clemente Ranch has a lot going for it. It is one of the most desirable places to live in the Phoenix area. It is the most appealing for people who want to raise their families in a safe community where the majority of residents are upper middle class in income and above. The community is well maintained and offers a peaceful and relaxing environment without the party element that is found in the nearby metro area. Anyone who wants to go out for an exciting evening of clubbing can choose to travel the short distance to Phoenix, but most prefer this quiet living choice to escape the noise and stress of the larger city. Clemente Ranch is definitely a neighborhood to keep your eye on as it is trending towards becoming the most desireable community in the Phoenix Arizona area to live.