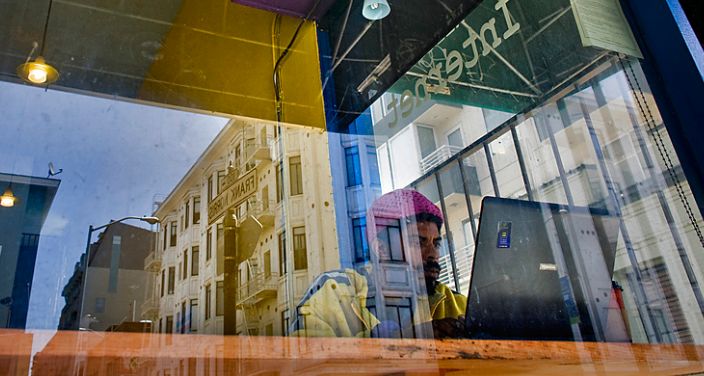 The internet has transformed the world that we live in and it would be fair to say that the modern age is dominated by the internet. From the way we work to the way we socialize, it would all be completely different without the internet and the things that it allows us to do. However, across the world, and even in more localized areas, across regions and cities, there is a great inequality when it comes to both quality of internet service and even availability of internet services in the first place. Those neighborhoods who do not have the internet or have to put up with a very slow internet service are often at a disadvantage when it comes to communication and work opportunities.

An increasing amount of work is now carried out in the home, on a computer and without good internet access some people are unable to get these jobs. This puts them at a direct disadvantage and is highly unfair for something that should be available for all. The internet age has the capacity to be an incredibly democratic thing and lift people up. It can bring opportunities to all and enable poorer people to lift themselves up. It can allow people who are lonely to connect with others and it can allow people who might not previously have had access to information the capacity to learn. In essence, it has the capacity to vastly improve quality of life for lots of people.

The other important thing about good internet access is that it enables businesses to expand and increase their revenue. For a lot of sales based businesses, the internet is vital as more and more customers seem to be doing their shopping online now, expecting the products to come directly to their door after having clicked a button on a screen. If a company has a good online service then they have the potential to grow far more than they would be able to if they were without fast internet. Some companies might have the internet already but it might be too slow to deal with incoming orders or to add an online shop for instance.

This holds them back. A faster internet service can also allow companies to improve their own customer service, and many businesses that have a good online service will transfer their customer helplines to an online messaging format. This means that often they no longer have to deal with expensive phone based customer help lines (although many companies will provide this service in addition for those people who would rather speak to somebody than type their problems to somebody over the internet). All in all, a fast and reliable internet service makes things much easier for both customers and the businesses themselves and has the potential to increase revenues enormously, especially when an upgrade to an internet service provision is rolled out on a large scale.

The city authorities in San Francisco, California are currently planning to engage in a four month long study as to how best to provide a fast broadband internet service to the entire city. They believe, as in the cases explained above, that a fast service rolled out across the city has the potential to increase business revenues and generally improve quality of life. It is not yet decided whether the project will be a public only project or whether it will be run as a public / private partnership. This is partly what the four month long study is all about. It is a mammoth task that they have set themselves but it will most likely transform the city and lives of its residents and business community. It will no longer mean that people have to live or work in certain areas if they want or need a fast internet broadband service. It should, just for this reason therefore, reduce inequality of opportunity across the city.

San Francisco is the biggest city in the world to be engaging in a project such as this but the city authorities believe that if it does go ahead, and quickly, then the city will be at a major advantage compared to other places across the United States and indeed the world. They are hopeful that companies and new migrants will flood into the city, further adding to its prosperity.

The project is being overseen by the Capital Planning Committee which is made up of a significant group of heads of department, all of whom have different direct expertise. The committee is chaired by the City Administrator, Naomi Kelly. They will meet regularly, on a monthly or bi-weekly basis, to ensure that there are regular report updates and that the project is flowing as smoothly as it possible can do.

The project itself will be run by an external consultant who will be fully responsible for analyzing the situation and deciding upon which route (public only or public / private partnership) would be most cost efficient and most reliable in the long run. It will of course be up to the committee to make the final decision. The one condition that has already been decided upon is the speed of the service, which has been established at 1 Gigabit per second for each and every subscriber to the service, across the entire network.

After these four months, the city authorities expect it to take a further 15 months to make the necessary preparations for construction and implementation. A project manager will work within the Department for Public Works and will be a key figure in the project, overseeing the project and reporting back to the various project committees on progress.

There will be many contractors across the city and beyond who would be interested in taking part in a project of this type. In reality there are many things that would need to be done, both in terms of construction and IT. The first phase would be a large scale building infrastructure project, with the tunnels for the various cables to be dug. It is true that, at this time, there will be roadworks across the city and it may not be very pleasant for commuters. However, it is they who will benefit in the long run. Indeed, they may not even need to commute in the future at all as they will have perfectly good broadband in their own neighborhoods.

This project will have multiple benefits. The jobs and benefits for companies has already been explained but there will be further social benefits, enabling people to link together using social media and for the email network to expand. There will also be benefits for schools which might not previously have been able to connect to the boradband network and this held teaching opportunities back. It will make education fairer across the system.

This is a very exciting opportunity for San Francisco and although nothing has happened as such yet, in time it will provide major benefits for what is already a thriving city community. The city authorities are brave and visionary and all authorities across the world should follow their example.