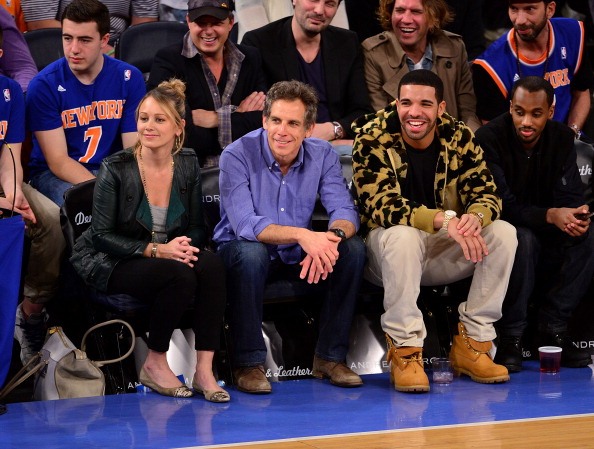 Dubbed as the “Greatest City in the World,” New York is a stunning place where entertainers, singers, actors and other types of celebrities call home. Given that it is one of the most affluent cities on Earth, it comes as no surprise that numerous celebrities have chosen the Big Apple as their home, even if it is only part of the time. Neighborly encounters have been a favorite topic for romantic comedy writers, many of which happen in New York so if you have an extra several million dollars laying around, maybe you can move into the Village and brush shoulders with Jake Gyllenhaal.

Here is a list of the 20 richest celebrities living in New York. 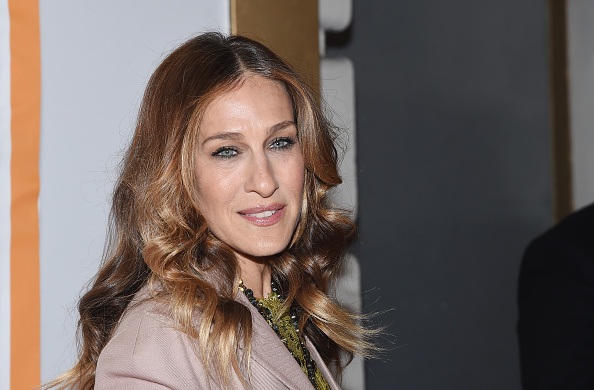 It is of no surprise that Sarah Jessica Parker lives in New York. The 51-year-old actress made her modern breakthrough as Carrie Bradshaw on the Sex and the City franchise. She has also acted in a variety of other movies and television shows. Parker has also acted on Broadway on shows such as The Heidi Chronicles, The Innocents and Annie. After Broadway, she moved on to television and film including movies such as Hocus Pocus, Footloose and Sex and the City. Similar to her character, Carrie Bradshaw, Parker lives in the City but has a net worth of over $90 million. 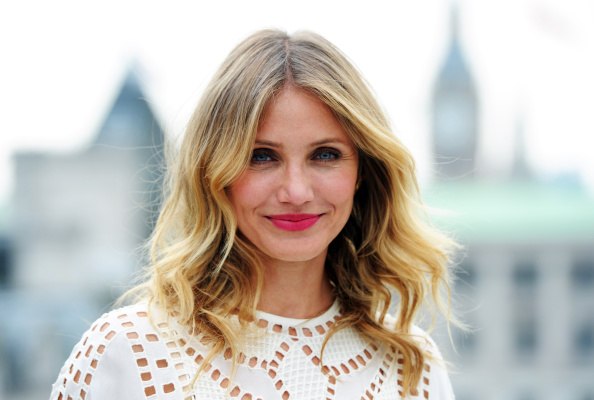 Born and raised in San Diego, California, this blonde beauty is a producer and actress, best known for her roles in Charlie’s Angels, The Mask, the Shrek series and There’s Something About Mary. Diaz lives in a beautiful Chelsea, New York condo, with husband Benji Madden, which is worth around $9 million. She is the highest-grossing United States domestic box office actress and is worth an amazing $90 million. 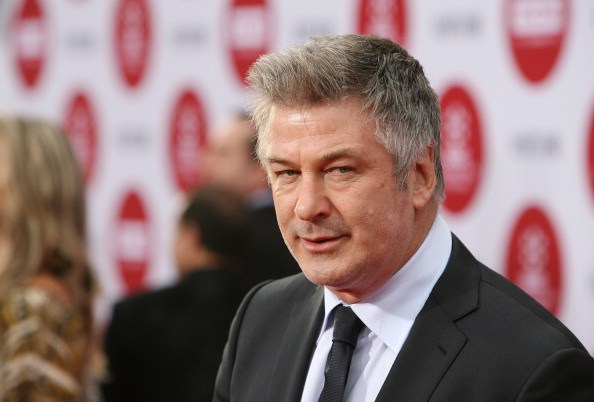 At 58-years-young, Alec Baldwin is an actor, comedian and producer. He seems to have the energy of a teenager. Therefore, it comes as no surprise to see him on this list as he is a member of the prominent Baldwin family. He is the oldest and considered to be the most successful with a net worth of over $65 million. You may remember him from such films as Mission: Impossible – Rogue Nation and Beetlejuice, as well as the popular comedy television show 30 Rock. Although he lives in Amityville, New York on Long Island, which is not New York City proper, he regularly works in the City. 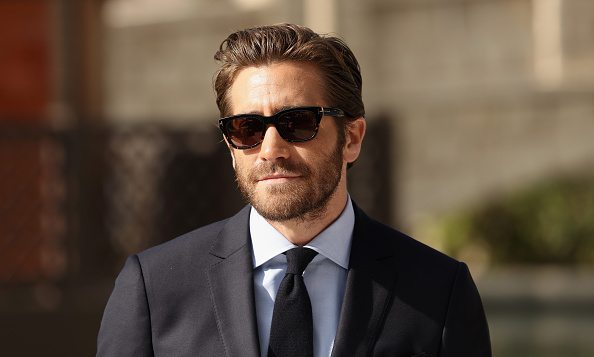 With an acting career that began at 11-years old in the movie City Slickers, the now 35-year-old actor really caught the public’s attention with Donnie Darko and October Sky where he acted alongside sister Maggie Gyllenhaal. The height of his career to this point was when he played Jack Twist in the movie Brokeback Mountain as well as Love and Other Drugs. Although he was born in Los Angeles, Gyllenhaal now resides in Brooklyn, New York and is worth over $65 million. 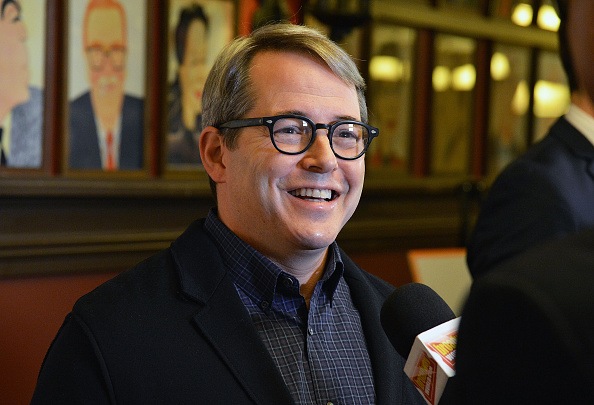 Best known as that young prankster who skipped school to have the day of his life, Matthew Broderick has come a long way from Ferris Bueller’s Day Off. Now 54-years of age, Broderick has played a diversity of roles including Simba in The Lion King and Broadway shows How to Succeed in Business Without Really Trying and The Producers. Born in Manhattan, New York where he has lived most of his life, Broderick now lives with spouse Sarah Jessica Parker and is worth an estimated $45 million alone. The Broderick and Parker couple is worth a total of $135 million combined. 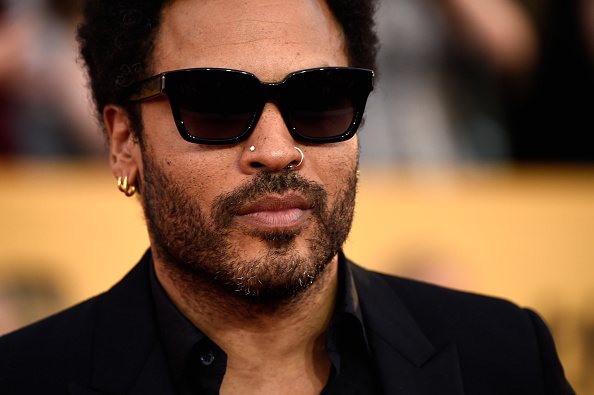 Lenny Kravitz is yet another many who has a variety of talents that are regularly showcased. As a 51-year-old rock n’ roll star, Kravitz is known for acting and musical talent as a singer-songwriter, instrumentalist and producer. His style is best described as funky eclectic rock. Recently, Kravitz played Cinna in the Hunger Games trilogy which gave him a refreshed wave of popularity with the younger crowd. Also, he has developed and successfully launch his own clothing line. Kravitz lives in Manhattan and is worth over $40 million. 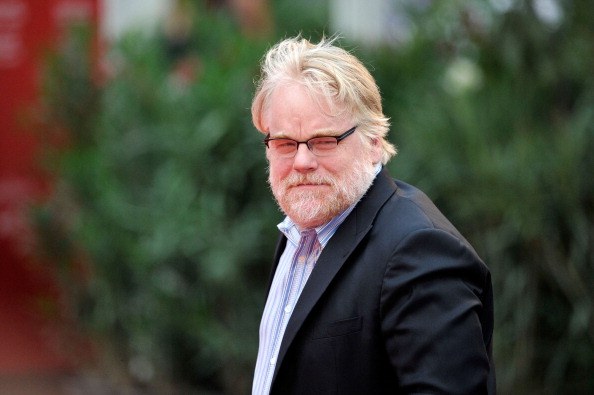 Born in Manhattan, New York, which is where he resided until his death in 2014, Philip Seymour Hoffman was a director, actor and producer for blockbuster films like Twister, The Big Lebowski and The Hunger Games series. Unfortunately Hoffman left this Earth too soon at the age of 46 due to a mixed drug intoxication. Prior to his death, Hoffman was financially-valued at around $35 million. His millions of theater and film fans around the world greatly miss him and many of the works that he undertook prior to his death are now being released. 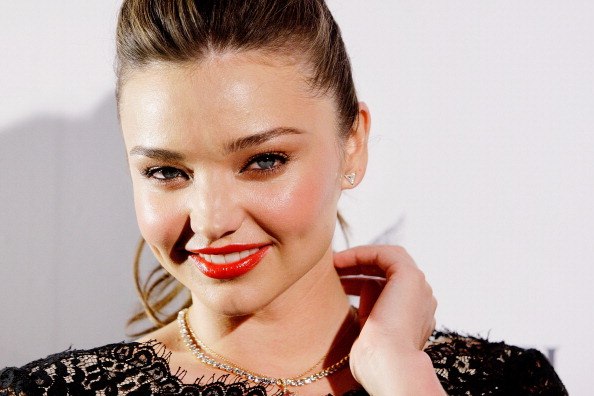 In 2007, Miranda Kerr was considered to be one of the most gorgeous women around when she became a Victoria’s Secret Angel. This 33-year-old Australian model has been modeling since the young age of 13. In 2009, Kerr launched an organic skincare product line known as KORA Organics. She moved to New York City to be closer to her and Orlando Bloom’s son. She is reported to be worth around $35 million. 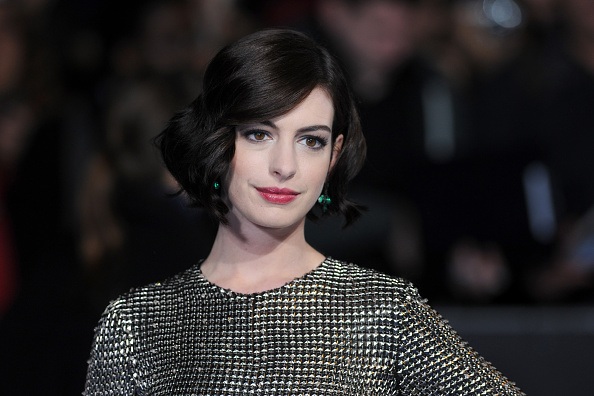 As a talented and highly successful actress, at only 33-years of age, Anne Hathaway instantly rose to stardom as a result of her role as Thermopolis in The Princess Diaries and other incredible films like Hoodwinked! and Enchanted. For her roles in The Devil Wears Prada, Brokeback Mountain and Les Miserables, Hathaway earned critical acclaims. Born in Brooklyn, she continues to live in the borough with husband Adam Shulman and is sitting on around $35 million. 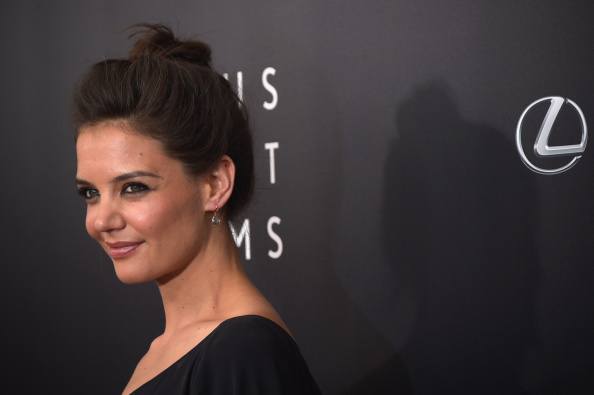 With her start on Dawson’s Creek as a child, Katie Holmes is a model, actress and mother. In April 2005, she really gained popularity in the movement Batman Beings and this continues to be one of her most popular roles among fans. Holmes is worth around $25 million alone and that number may increase since she is requesting additional child support from Tom Cruise, her ex-husband to help raise Suri. She currently lives in New York City with her daughter. 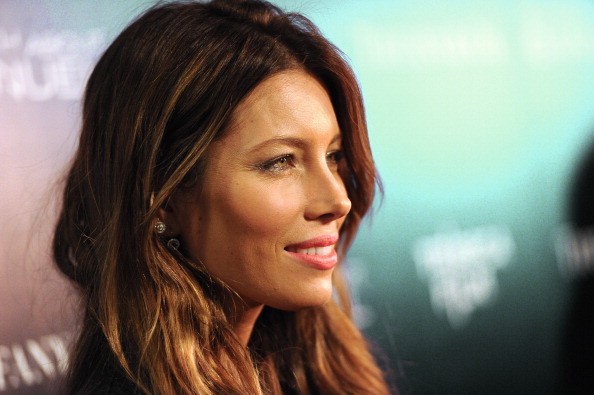 Appearing in numerous films including Total Recall and The Texas Chainsaw Massacre, Jessica Biel starred in 7th Heaven, in her younger years, which was the longest running family drama in television history. Although originally from Ely, Minnesota, once Biel became famous, she decided to move to New York where she currently resides. Rumor has it that Biel and Justin Timberlake will be moving into a more secluded area. Sources report that her net worth is around $18 million. 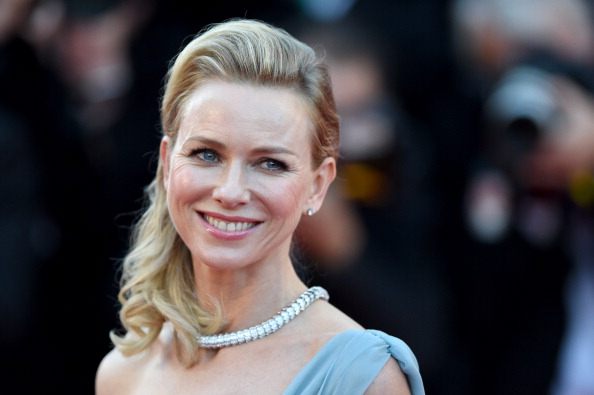 Born in England, Naomi Watts started her career in television and film in Australia alongside Nicole Kidman, which is why people think she is Australian. Once she moved to the United States, Watts started to act in films like The Impossible, which won her a Golden Globe, and The Ring. Like many celebrities on this list, she is a major activist; so much where she has assumed the role of goodwill ambassador for the United Nations Program on HIV/AIDS. Watts, who is worth around $16 million, and partner Liv Schreiber live in New York City with their two children. 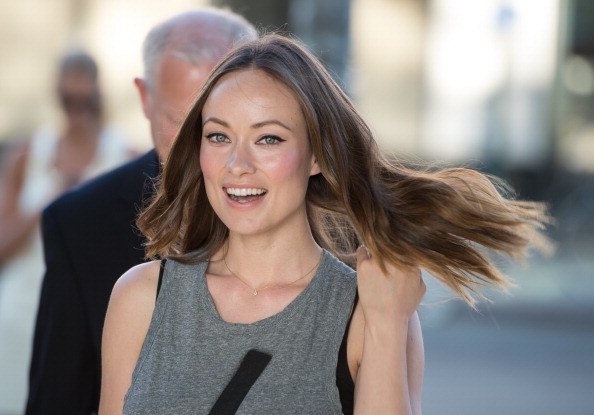 With her first major role being Dr. Remy Hadley on the series House, Olivia Wilde has appeared in a variety of movies, during and after the show went off the air, including Her and Tron: Legacy. She is another multi-talented star who models and produces. Born in New York City, this 32-year-old actress is living in Brooklyn, New York with partner Jason Sudeikis and child. Wilde is an activist when she is not starring in feature films and has an estimated net worth of $12 million. 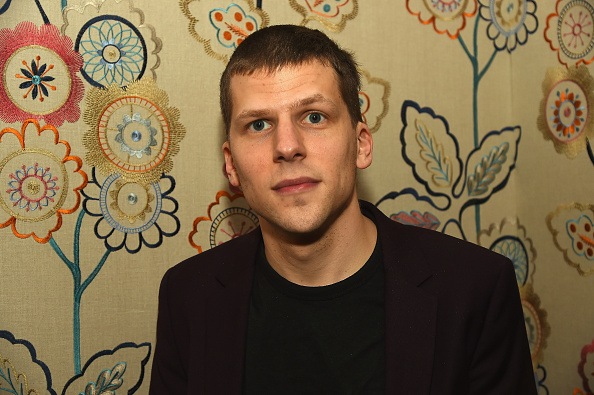 This talented actor, best known for his comedic roles in Rio and Adventureland, as well as dramatic roles in The Social Network, Jesse Eisenberg lives in New York and is a playwright and author. Recently, he played Alexander Luthor Jr.; Lex Luthor’s son, in the movie Batman versus Superman: Dawn of Justice. Born in Queens, Eisenberg spends a lot of time in the City working on a variety of plays and other required roles. The latest data indicates that he is worth around $10 million. 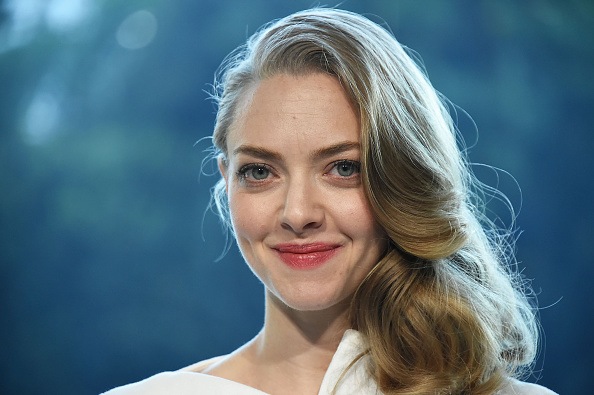 Born in Allentown, Pennsylvania this blonde bombshell actress, model and singer began her career in soap operas like All My Children then accompanied Lindsay Lohan in Mean Girls. Since that time, she has worked on multiple successful films including Les Miserables, where she was able to showcase her incredible singing voice and Dear John. Seyfried is a current resident of New York City where she lays low at her bachelorette condo. Her current net worth is around $10 million. 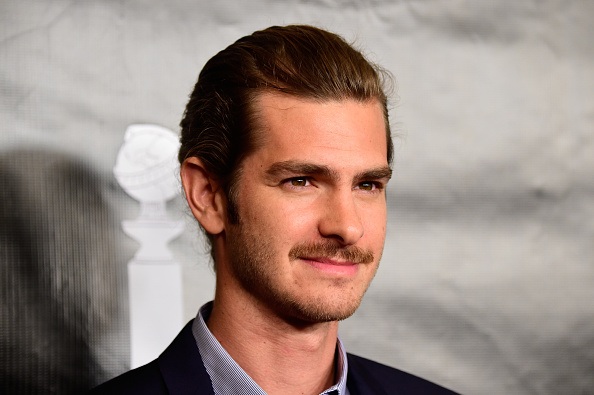 Born in Los Angeles but grew up in Surrey, England, Andrew Garfield is a 32-year-old British-American who first caught the public eyes in movies like Never Let Me Go and The Social Network. Then, he hit new popularity levels during the Amazing Spiderman series in which he played Peter Parker. Garfield is currently a resident of New York City and is sitting on a reported $10 million. 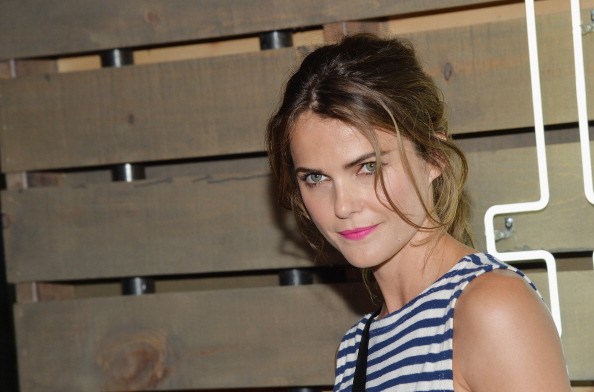 Born in Fountain Valley, California, Keri Russell began her career by acting on The Mickey Mouse Club. She has since moved on to more mature parts including Agent Jennings on The Americans and Felicity Port on Felicity. Russell became on the spokesperson for CoverGirl in 2006 and also acted in popular films like Dawn of the Planet of the Apes. She is worth an estimated $8 million and resides in Brooklyn, New York. 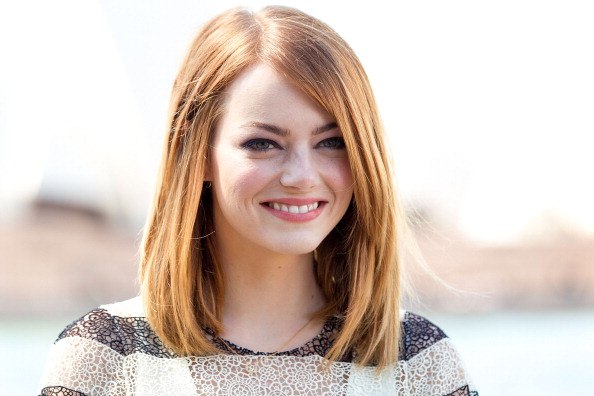 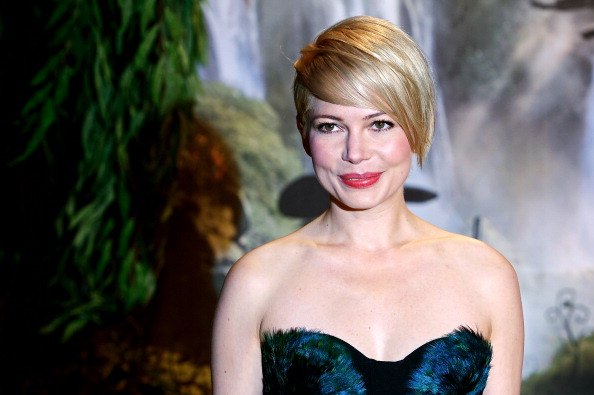 Michelle Williams got into show business at a young age in films such as Lassie and on the popular late-90’s show Dawson’s Creek. She matured from these roles and appeared in movies such as Shutter Island and Brokeback Mountain. Recently, she unveiled her musical side, appearing in the lavish Broadway musical, Cabaret and Broadway play Blackbird which earned her a Tony. She is currently a resident of Dumbo, Brooklyn and worth around $8 million. 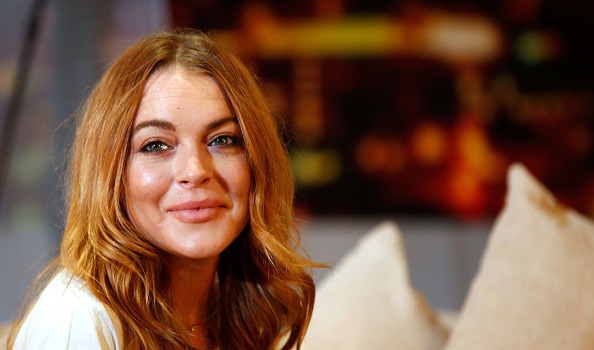 Rounding on the top 20 celebrity earners in New York is Lindsay Lohan. At a young age, Lohan was already a star due to films such as Freaky Friday and The Parent Trap. She then moved on to star in the successful Mean Girls movie. Since that time, Lohan has worked as a fashion model and even released two musical albums. Unfortunately in 2007, she encountered trouble with the law and has entered rehabilitation multiple times. While she used to earn millions of dollar, due to her fast lifestyle, she is now only worth around $500,000.