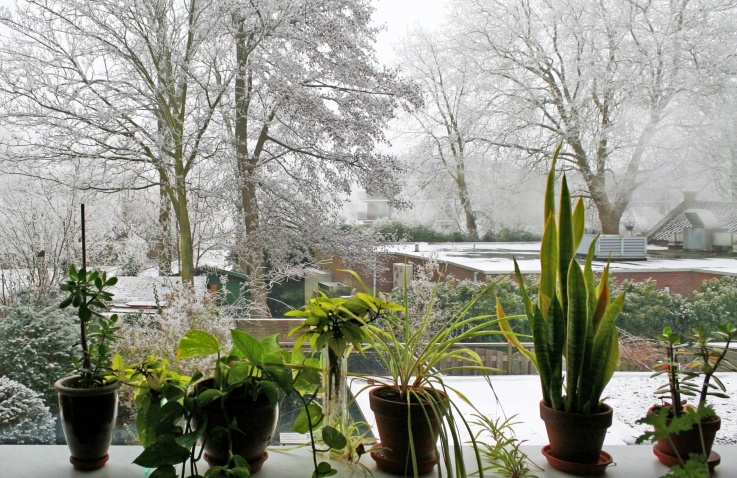 Plants are some of the most useful decorations that can be found for the interior of a home. In part, this is because plants come in such a wide range of colors, shapes, and sizes that there is sure to be something suitable for all settings. However, it should also be noted that plants can soothe the senses while also filtering out the contaminants in the air that people breathe in, thus making a home that much more comfortable to live in.

With that said, indoor plants need a fair amount of care and attention to ensure their continuing well-being. This need increases during winter because while the changes in outdoor conditions due to wintertime weather are irrelevant, the same cannot be said about the changes in indoor conditions that can be attributed to the same cause. As a result, people who want to continue benefiting from their indoor plants throughout the coldest of the four seasons should begin making their plans as soon as possible so that they will not be caught flat-footed when the time comes.

Here are some of the things that people should consider when it comes to caring for indoor plants during the winter:

Heating means that indoor temperatures will be exposed to higher temperatures throughout the winter, which in turn, means that homeowners should take their changed conditions into mind when taking care of them. For example, higher temperatures can cause some plants to start sucking up more water, meaning that homeowners should start watering them more. Furthermore, higher temperatures tend to be correlated with less humid settings, which is problematic because that can cause some plants to start turning brown. Fortunately, this is a problem that can be solve in a number of ways, with examples including but not limited to more watering, using a humidifier, and moving the plants elsewhere

Wintertime weather tends to mean less sunlight, which can be a serious problem because sunlight is one of the most critical components of the photosynthesis that keeps plants running. In some cases, homeowners might be able to solve this problem by putting their indoor plants on either their window sills or some other part of their home that is exposed to lots and lots of sunlight. However, some homeowners should consider using artificial lighting, which can be used in a much wider range of settings so long as they are willing to pay for the costs of installation as well as operation. However, interested individuals need to remember that different plants need different amounts of sunlight, meaning that they must strike a careful balance between providing too much sunlight and too little sunlight, which can be done by conducting more research on their own time.

Plants need the right nutrients to keep their processes running in a smooth and uninterrupted manner. The simplest and most straightforward method for providing them with sufficient nutrients is to fertilize the soil in which they are grown. However, homeowners should remember that most of their plants will not be growing much throughout the winter, meaning that in most cases, they should be using less fertilizer than they would be in either summer or fall. Those who are interested should seek out a blend of fertilizer that has been customized for indoor plants growing during the winter, which should provide them with whatever it is that they cannot get on their own while also making sure that those nutrients are released in the gradual manner that is best-suited to the plant’s growth rather than all at once.

Some people suggest using winter as a chance to clean indoor plants, both to improve their appearance and to make it easier for them to run through their natural processes. Of course, some indoor plants can be rather delicate, which is why these same individuals recommend using an extremely diluted solution of water and liquid dish-washing soap because anything stronger can actually have a negative effect by causing damage to the plant’s sensitive tissues. In fact, gentleness is key throughout this entire process, seeing as how the plants should be cleaned with a sponge, rinsed with clean water, and then permitted to drain before being put back in their places. By following these instructions, homeowners can make sure that their indoor plants look their best while also removing unwanted pests, thus serving two goals at the same time.

Watching Out for Extremes in Temperature

The last thing that homeowners should remember is something that can be applied to all of the plants out there, whether they are meant to be indoor or outdoor plants. In short, different plants do their best under different conditions, meaning that their owners should research them in order to get a better understanding of their needs before taking care of them. There are a lot of people out there who have been successive in taking care of a wide range of plants throughout the coldest season of the year, meaning that interested individuals should not hesitate to tap into their experience for insight into their own situations.