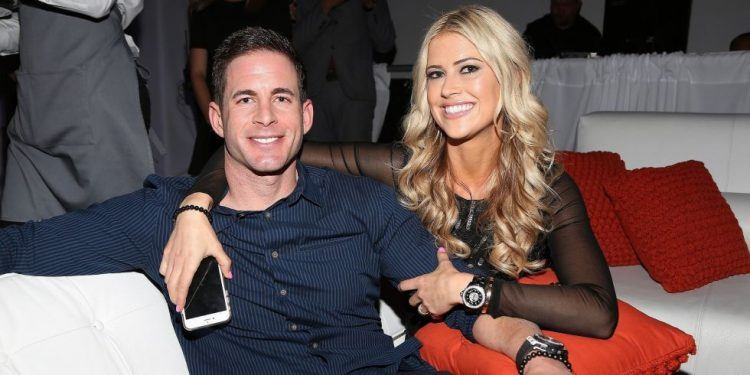 When the housing bubble burst, Tarek and Christina El Moussa endured a lot of hardships and had to dramatically change their lifestyles for the worst. For starters, they had to let go of their $6,000 monthly mortgage and settled for a $700 monthly apartment that they had to share with a roommate. They also sold their luxury cars and switched to modest vehicles, and their diet comprised cheap fast foods such as subway sandwiches.

Out of these hardships, they rose and landed their very own real-estate based TV show on HGTV: Flip or Flop. Their transition from poverty to fame and fortune was impressive and has been closely followed by about 2.8 million people across America. So when the couple offered classes to teach other people how to flip homes, the response was overwhelming. However, the results were not what most of the attendees misleading their clients. So, what is it about Tarek and Christina El Moussa’s Success Path Education classes that has clients and fans so riled up?

The couple’s Success Path Education program was marketed with a lot of hype and great promises about how the courses would be life-changing for the participants. The main goal of the program, apparently, was to teach the attendees how to buy rundown homes, transform them into livable and appealing houses, and then sell them for a profit in less than 12 months. The program also came with other perks that included connection to investors that would help fund the attendees once they were done with their courses, regardless of whether or not they had poor credit scores. And, in turn, subscribers were promised full refunds if they were unable to flip their first house investment in one year.

The couple’s publicity and success story worked charmingly to attract subscribers, and it also gave a bit of legitimacy to their expensive (some would say overpriced) courses. Although the courses do not seem to have a standard pricing system, all of the complainants paid over $1000 for the three-day basic course. For instance, Doug Stephens, one of the clients, paid $1,997 for the three-day course while Patricia Briggs paid $1,798.

However, the courses turned out to be anything but what they were portrayed to be. Not only did the classes turn out to be a huge waste of time and money, but the extra perks such as networking with investors seemed improbable.

The first disappointment for most of the attendees came when Tarek and Christina El Moussa failed to show up for the classes. Instead, the couple sent instructors to conduct the lessons on their behalf and gave apologies in pre-recorded videos, saying that they were too busy recording their ¬Flip or Flop show to attend. And, while some of the subscribers such as Carol Lepine saw this as a bad sign and left, others such as Doug Stephens decided to take their chances.

However, the classes, too, turned out to be a disappointment since they did not teach about flipping. Instead, most of the attendees accuse the instructors of using the classes as platforms for marketing more Success Path Education courses that are even more promising and, ideally, much more expensive. Expectedly, the instructors did not instill as much confidence in their trainees as Tarek and Christina El Moussa would have. What’s more, they were not only blatant in their endeavor to milk more money out of their trainees, but also refused to answer any questions and quelled any dissent by instructing the trainees not to speak to each other. This, as it turns out, failed miserably as most of the unsatisfied trainees have turned to other legal and social avenues to voice their complaints.

Today, much of the admiration that Tarek and Christina El Moussa have been receiving is quickly fading away as more and more people make complaints against their courses. Many of the dissatisfied trainees have voiced their complaints online, and others have approached legal avenues such as the U.S. Federal Trade Commission. And, although drastic measures against the program and the couple are yet to be taken, the Better Business Bureau Office in St. Louis issued out warnings to residents against signing up for the program.

Unfortunately, the discontent only ends with complaints as the trainees were apparently duped into ceding their right to sue. Zurixx, the education company that handles the couple’s Success Path Education program, made it mandatory for all subscribers to sign receipts that had arbitration clauses limiting their right to sue. The arbitration clause, conveniently printed on the back of the receipt, states that all disputes against the program and Zurixx should be lodged only in Salt Lake City and that the disputes should be conducted on a confidential basis.

In its defense, Zurixx said that solving complaints arbitrarily is the best way to address the disputes since it is cheaper and faster than going to court. However, it has proven to be anything but fast and easy since trainees have to go through a long process to get their money back.

A Trend in the Making?

Although Tarek and Christina El Moussa’s Success Path Education program has gained a lot of bad publicity, it is not the only one of its kind to receive such complaints. A closer scrutiny of Zurixx has revealed that the company offers education programs that are anything but educative. For example, the company also offered courses for the show Flip this House by Armando Montelongo, and they, too, proved to be a ruse for selling more ‘educative’ courses to trainees; both the company and with an education program offered by Zurixx on behalf of Andy and Candis Meredith, the stars of HGTV show Old Home Love, and the company has faced many similar lawsuits in the past.

Flip or Flop is currently running its fifth season on HGTV, and it still enjoys a wide following from fans all over America. However, it is already becoming unpopular with many people who have heard of the scandalous education program associated with Tarek and Christina El Moussa, and this may reduce its fan- base in the coming months.

Success Path Education, on the other hand, seems to be unrelenting in its bid to attract more trainees. However, less people will probably be signing up for the program after getting wind of its incompetence.