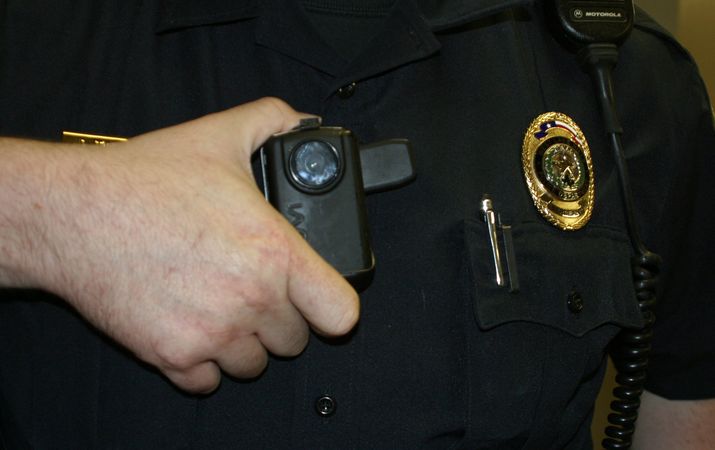 The Austin Police Department will be equipped with 1500 body cameras, according to APD officers at a public meeting on Monday, at the Palmer Events Center in Austin, Texas.

The first 500 cameras will be issued to officers by September of 2016, according to APD’s Technology and Fleet Commander, Ely Reyes.

“The first year of funding is for 500 cameras,” Commander Reyes wrote in a email. “Three year deployment strategy consists of issuing 1300 individual officers cameras and have 200 additional cameras available for officers not assigned to patrol to check out on an as-needed basis.”

Officers in downtown Austin, without dashboard cameras because they travel on foot, bicycles, or horseback will be among the first to be equipped with body cameras.

“Our deployment strategy at this time is going to start in the downtown area at headquarters with the walking beat and the officers assigned to Central West Command, which is in that same building,” Commander Reyes said.

Officers with body cameras have to start recording footage during traffic stops, foot pursuits, and other incidents that require law enforcement action or once an officer exits his or her vehicle to respond to a call. Cameras must keep recording footage until the incident is over. Each officer will have to inspect his or her camera before each shift to ensure it is operational.

Commander Reyes would like to equip officers with cameras that can record events from 30 seconds to 2 minutes before the officer turns the camera on. 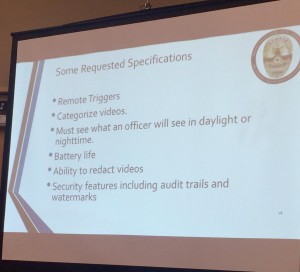 Videos will be in the department’s possession for at least 90 days, until investigations and trials are over, or longer in compliance with record retention laws.

The public will be able to submit open record requests for video footage upon submission of approximate time, date, location and the name of a minimum of one person in a recording being solicited, according to the APD FAQ page. Written permission from a person filmed in a private residence will be required to obtain recordings made in a private space.

Security “hash tags” will mark the original videos to ensure that police officers or anybody else will be unable to alter the footage.

Citizens are advised to always assume that they are being recorded when encountering a police officer. An officer does not have to honor a citizen’s request to stop recording. And officers will not record footage in restrooms or other places where privacy is expected, “unless there’s reasonable suspicion a crime is being committed or the recording of the location is material to a criminal investigation.”

APD Chief Art Acevedo added that he may transfer “problematic” officers to an area where the cameras will be deployed to monitor such a officer’s performance with body cameras.

“If there’s an officer, a problematic officer that we need to transfer to a location to use that as a management tool, that is something we’d definitely consider,” Chief Acevedo said in response to an audience member’s question.