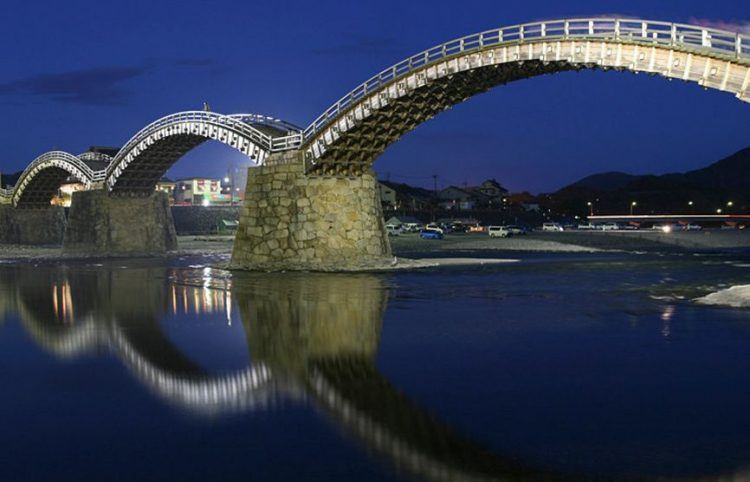 Engineers who design bridges study past bridge failures to learn how to make better future bridges. Though bridges have been built for centuries, every new bridge design and technology has evolved from lessons learned over the history of bridge building. Once upon a time, bridges were made of wood. Eventually iron replaced wood, and then steel replaced iron. Concrete structures were considered to be state of the art in recent generations, but cracking concrete has been replaced with aggregate mixtures and new compounds. Poor aerodynamic design and curious problems such as torsion and resonance have taken their places in the string of things which can cause bridges to fail, such as destructive weather conditions.

But bridge engineers continue to solve problems by designing new solutions for them. The basic structural components of bridge construction; arches, beams, trusses and suspensions, are being used in ever improving and complex variations. These traditional technologies are evolving as scientists and engineers work to develop new materials, new construction techniques and new systems for evaluating all processes related to bridge construction. Some of the most recent advances include technology which has been implemented for some time, and others have just been introduced with an eye towards future development. All of these are the result of the desire to reach places and overcome obstacles, using structures engineered to achieve what was not previously possible.

UAVS are capable of collecting imagery and data about a bridge construction site. The information provided to clients is concise and timely, which provides new aspects of project management and monitoring. The UAVS are able to conduct site inspections by collecting photography, video, surveying and mapping, and planning for routes and infrastructure. These drones can save time and give accurate data about bridge construction sites on behalf of clients.

These bridges are made of nearly 100% post-consumer recycled and industrial plastics. Rutgers University scientists worked in conjunction with Axion International, Inc. to manufacture the thermoplastic material. It was used first in railroad ties. But, in 2009, Fort Bragg, North Carolina became the home for the world’s first bridges made of thermoplastic. The structural components, including pilings, girders, railings, pier caps, and decking were made from thermoplastic. The structures were capable of supporting a tank weighing 71-tons.

PBES are bridge components which are either built near the bridge site or offsite. These components are transported to the building site, away from bridge traffic, and can be installed very quickly. This is a huge change from traditional methods using concrete, which must be reinforced, poured and allowed time to cure. The PBES components are stronger and resist natural elements better than traditional materials.

In recent decades, scientist from around the world have worked to develop systems for evaluating potential risk and damage to bridges relating to seismic activity. In the past, linear evaluations were common. But now, case studies are being done using new nonlinear analysis techniques. Bridges are subject to nonlinear behaviors when severe seismic events occur. They have been seen and recorded twisting and bending throughout the worst events, with the resulting damage costly and dangerous to repair. Scientists are exploring time-history analysis to provide information about best ways to retrofit older bridges and improve their performance under severe seismic conditions.

One famous example of a seismic retrofit is the Golden Gate Bridge in San Francisco. The goal of its Seismic Retrofit Phase IIIB Project was to bring the bridge into current safety standards for seismic events and ensure that it would retain its functionality after experiencing a Maximum Credible Earthquake. MCE is analyzed with multiple support ground motion displacement and three-directional time histories. Caltrans has specific design criteria for building with seismic events in mind, and the Golden Gate Bridge existing suspension bridge spans and main towers were undergoing strategic evaluation.

Accelerated Bridge Construction or ABC includes innovative planning and design and use of methods and materials which reduce onsite construction time. This approach may be used for new or replacement bridges and for bridge rehabilitation. The U.S. Department of Transportation Federal Highway Administration provides online resources which include an Analytic Hierarchy Process to help transportation specialists determine if traditional or ABC methods are the most effective for a specific bridge construction project.

ABC projects use new geotechnical and structural solutions. One of these is the Geosynthetic Reinforced Soil (GRS) Integrated Bridge System (IBS). The GRS-IBS technology alternates geotextile reinforcement fabric sheets alternating with layers of compacted fill material for bridge support. It provides a smooth roadway to bridge transition, and reduces construction costs and time.

The state of Washington has the four longest floating bridges on Earth. It was not possible to build conventional bridges which would span the waters, so the state built floating bridges on pontoons instead. But the longest, the famed Route 520 bridge was first built in 1963, so by 2011 it was well in need of refurbishment. The State Department of Transportation developed a new specialized concrete and concrete pouring method to create the 77 new pontoons which the bridge needed to expand into six lanes and to make the bridge even longer. The watertight pontoons are connected end to end, and the roadway is attached over the top of them. Anchors made from reinforced concrete attached to thick steel cables help to hold the pontoons, which creates a system for eliminating roadway sway. The concrete mixture is novel because it includes microsilicia and fly ash to combat salt water, which tends to corrode materials submerged in it. Another technology included installing piping within the keel slab at the pontoon’s bottom, heating it to the same temperature as the walls during pouring. This allowed both components to cool and shrink together, eliminating cracks.

In the past, the most common way to lay down bridge decks was to use asphalt. It’s a relatively inexpensive material that is easy to apply to make road surfaces. But asphalt doesn’t last long, and when used in areas with inclement weather, it can deteriorate over time. Other traditional methods use concrete paste, which shrinks based on the water to cement ratio of the mix. New technologies have emerged to create bridge decks using composite materials, recycled materials and many layers; building strength and durability into the bridge surface. One method uses a vertical fiberglass core infused with resin and then finished to make the surface non-slip and cleaner in the environment. Another includes a new kind of bridge concrete which doesn’t crack, which is a common problem with bridge decks. Decks began to be built using quartz and other aggregate materials to displace the water content, which reduced the amount of water loss and therefore reduced shrinkage. The newest product includes Polyolefin Microfiber, which is planned for future use throughout California.

The California Department of Transportation, Caltrans, has a reference guide for transportation projects along its coast. The guide includes which types of bridge rails are approved for bridges built in California. The guide notes that the California Coastal Commission prefers see-through bridge rails which preserve the coastal scenic views and are aesthetically pleasing. Since 1993, these are required to be crash tested and evaluated according to specific guidelines.

In Mendocino County, the last timber bridge is an icon of construction which many view as a historic symbol of the craftsmanship involved in building the Albion River Bridge on Highway 1. It is from the timber era in the state, and local community groups want to preserve it. Caltrans is seeking to replace it, using a modern bridge with aesthetic bridge rail design. Some new ways of creating bridge rails include prefabricated rail elements which are mechanically connected and do not require welding, rails made from aluminum, and those made from composite, recycled materials.

Bridge substructures are the components which are underwater. In the past, trained divers would rely on visual inspections to determine the health of these components. Robotic vehicles were an improvement. But acoustic imaging provides superior evaluation, helping diving teams to identify infrastructural anomalies and any damages that warrant closer analysis. The new imaging systems provide effective inspections even when the structural surfaces are complex, the water has low visibility or high current flow. The data collected can be analyzed and interpreted, keeping divers safer.

This technology was used by several diving companies after Hurricane Katrina left the Port of New Orleans in a chaos of murky water, filled with hazards. The scanning sonar technology gathered imagery to analyze the bridge support structures for damage so that the U.S. Army Corp of Engineers were able to address potential hazards for transportation.

The New NY Bridge Project is currently under construction in the Hudson Valley. It’s replacing the existing Tappan Zee bridge, with special features to accommodate new thinking about how people efficiently move from place to place. When finished in 2018, it will be the one of the widest structures on the earth using cable-stayed structures.

The towers placed at the main bridge span are chamfered, with an outward, angled orientation chosen by residents of Westchester and Rockland. The tower height is 419 feet. The bridge deck will be supported by straight cables which connect the tower to the deck. This cable-stayed support structure is used when the bridge span is long.

The forward thinking aspects of the new bridge include the additions of pedestrian and bike paths with six resting spots along the bridge. The planned resting spots, called belvederes, along with the shared use pathway will allow for recreational opportunities and alternative forms of transport connecting each side of the bridge.

Planning for the future also includes dedicated bus lanes, traffic monitoring systems, eight traffic lanes and four emergency lanes. The construction will accommodate commuter rail, light rail and rapid transit buses.
The existing Tappan Zee Bridge was opened in 1955. It has served as an essential connection over the Hudson River since then, but the bridge currently carries far more traffic than it was originally designed to hold. Approximately 138,000 vehicles traverse the bridge daily, but it also has the twice the accidents per mile when compared with the entirety of the 574-mile road system designated as Thruway. Maintaining it in recent years has cost millions, and improving it was not possible.

The decision to build a new bridge, using state of the art design, and planning with the environment and future and environment in mind has created a new icon for New York State.