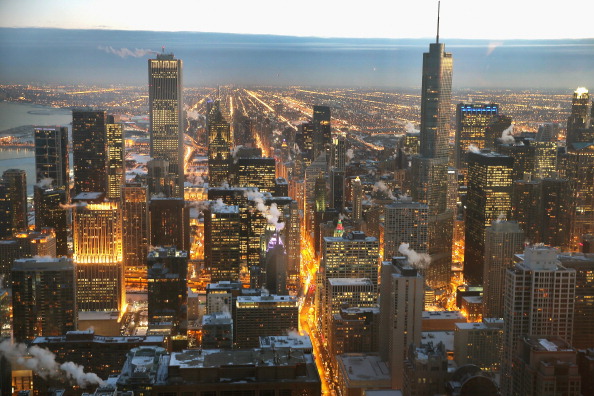 Chicago may be one of the most well-known cities in the country, but unfortunately much of what it’s known for is negative. Although Chicago is home to lots of great sites, and sports teams, those things are usually outshines by something much more sinister. Over the years, Chicago has gained a reputation for being riddled with gun violence, and it’s war zone-like atmosphere has earned it the nickname, Chi-Raq. From the outside looking in, it may be hard to see why anyone would want to stick around in the Windy City – but apparently, Chi-Town natives don’t share that sentiment. In fact, a recent survey revealed that people who own homes in Chicago are happy with their city.

Once again, Porch and Redfin have teamed up to question the people of Chicago about how they really feel. The survey polled 9,923 people and asked them to rate 31 different sections with topics including access to education, tax fairness, walkability, and safety. Residents ranked walkability at number one, and according to Redfin agent, Jen Kimm, “People living in Chicago’s downtown area often don’t have cars since they’re within a 15-minute walk to almost anything – the shopping district, grocery stores, bars and restaurants. Many of my clients in that area walk to work.”

However, while a car may not be necessary for a lot of Chicago residents, there are some cons to living in the safety Residents gave poor ratings to educational opportunities, security, and safety. But despite those shirt comings, Chicagoans seemed to be pleased with their hometown. Still, the survey found that homeowners’ ‘real estate confidence’ was low, and this may be because they know the city’s violent history may ultimately cause a drop in property value and lessen the likelihood that people will want to move to the city.

While the findings seem generally positive, it is important to keep in mind that a survey rating the quality of an area by polling its residents tends to be biased, because people are likely to think highly of the place they’ve chosen to settle down. But either way, there’s definitely more to Chicago than what you see on the news, and these results are proof.