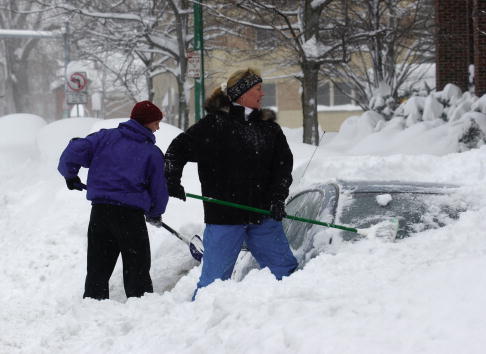 It’s true that when most people hear the words New York, they automatically think of the city. After all, New York City is one of the most well-known places in the world. However, there’s much more to New York than the city, and the state itself is much bigger than many people realize. Located about 400 miles from the city, Buffalo NY is a beautiful city in western part of the state. Despite its natural beauty, most people wouldn’t consider Buffalo a hip and booming place. However, it does have other things offer that can make it a great place to live. Keep reading for 5 things you should know about living in Buffalo NY.

Buffalo NY is the second most populous city in the state

Some people may be under the impression that Buffalo is nothing more than a little sleepy city, but that simply isn’t the case. With a population of nearly 260,000 people, Buffalo NY is actually the second most populous city in the state, behind none of than NYC itself.

Buffalo NY is close to Canada

Depending on where in the United States, Canada may seem like some far away place to the North. However, if you live in Buffalo NY, you can actually cross the border to Canada, by car, in under two hours.

It snows A LOT

If you’re not a fan of harsh winters, then Buffalo might not be the place for you. The city typically gets hit with pretty bad snow storms during the winter. However, despite the snow it is against the law to snow throw balls outside of a few designated areas. I’m not sure how closely people in the city actually follow this rule, but it certainly wouldn’t be fun to face legal consequences over throwing a snow ball.

Buffalo is full of beautiful architecture

Buffalo NY is full of natural beauty, but that isn’t the only thing that’s visually appealing about the city. The area is also home to some very impressive architecture. As a matter of fact, the legendary architect, Frank Lloyd Wright, designed seven structures throughout the city. Some even believe that Buffalo was his muse.

The cost of living in Buffalo NY is reasonable

Cost is always a factor when moving to a new place or deciding to stay in an old one. The good news is that the cost of living in Buffalo NY is one that many will find reasonable. Not only is the cost below the state average, but it’s also below the national average as well.