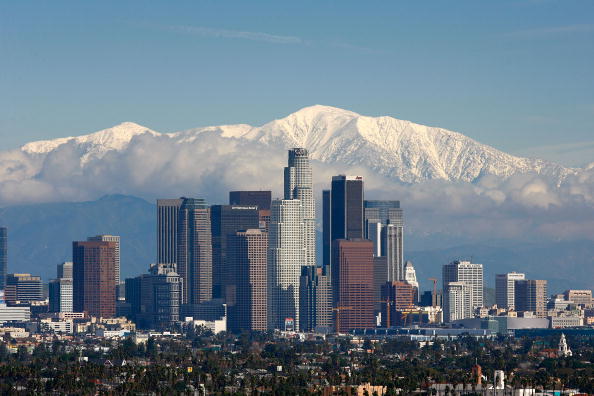 Los Angeles, also known as the City of Angels, is one of the most popular cities in the United States.  Each year, countless people find themselves heading to L.A. Some in search of a brief vacation, and others with plans on following their dreams.  Anyone who has ever spent any time in Los Angeles knows that it’s a truly special place and there are very few people who visit the area who don’t fall in love with it immediately.  However, no matter how much people who live in Los Angeles love their city, there may come a time where they have to part ways.  While most people do their best to prepare for a move, here are 20 things no one tells you about leaving Los Angeles. 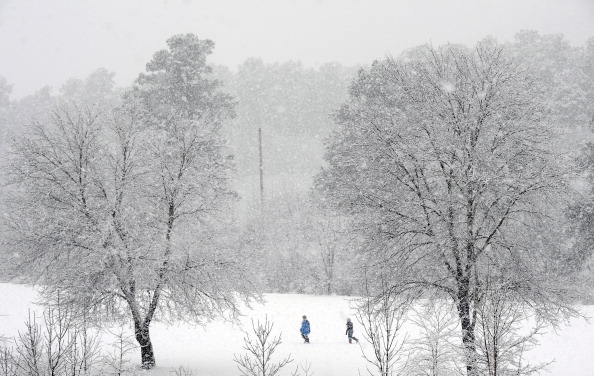 While living in L.A. it’s easy to get used to the fact that the weather is nice all throughout the year.  However, in other places in the country there are these pesky little things called seasons that change ever few months, and sometimes even produce this really cold and annoying substance called snow. If you’re not used to harsh winters, you might want to prepare yourself if you plan on leaving L.A. for some place further east. 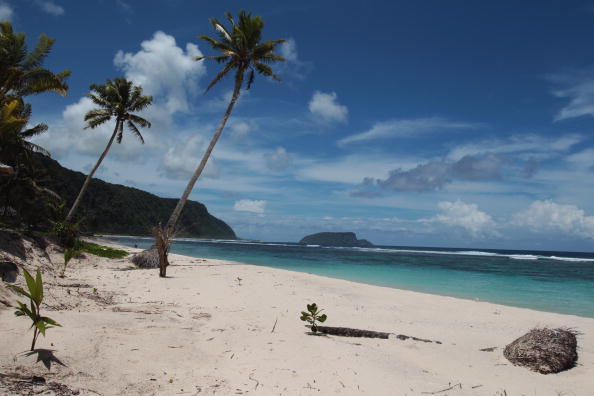 Beaches could become a distant memory

People in L.A. are lucky to live near the ocean.  Sure there are plenty of other places that are right on the coast, but let’s be real, with your luck – you’ll probably end up as far from the beach as humanly possible. Even though most people who live in L.A. don’t take full advantage of the fact that they life so close to the beach, they might want to start, especially considering what some that places have to offer. 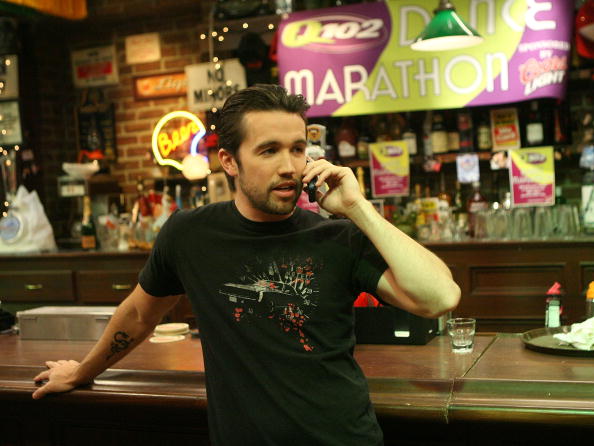 You probably have an accent

This is something that everyone must learn at one point or another, especially if you’re traveling far away from home.  Everybody has some sort of accent, even if people can’t tell where exactly in the country you’re from – they’re at least likely to be able to tell that you’re an outsider. 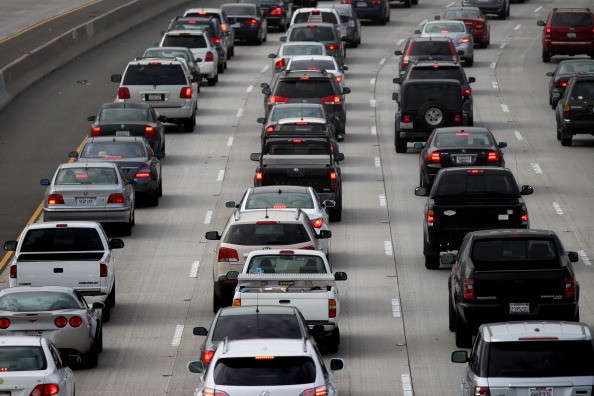 You can handle traffic anywhere

Traffic in Los Angeles is no joke.  There’s a pretty good chance that if you can survive the traffic in L.A. you can survive the traffic anywhere. As you venture out of the L.A. area you’ll actually probably find yourself giggling whenever people around you complain about traffic because as far as you’re concerned, they haven’t even seen traffic yet. 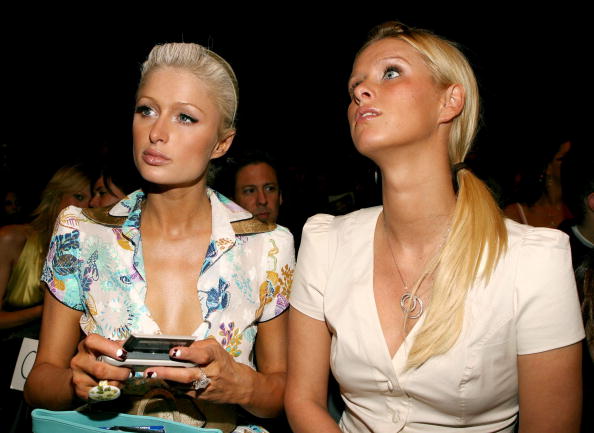 People will want to know if you know any celebrities

Once you leave Los Angeles, the first thing many people in your new place will ask you is whether or not you’ve seen or know any celebrities.  While you probably aren’t on a first name basis with any stars, you may be able to at least say you’ve seen a few celebs from a distance. 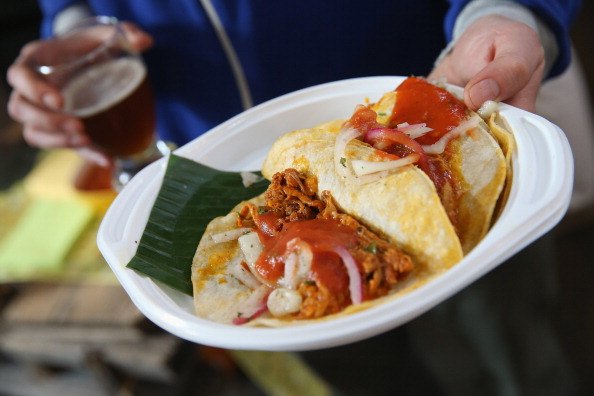 Get ready for bad Mexican food

Lots of people in L.A. have been spoiled with good Mexican food, but once you leave L.A. you’ll realize just how hard good Mexican is to find.  Hopefully you like Chipotle, because it’s probably going to become your best friend. 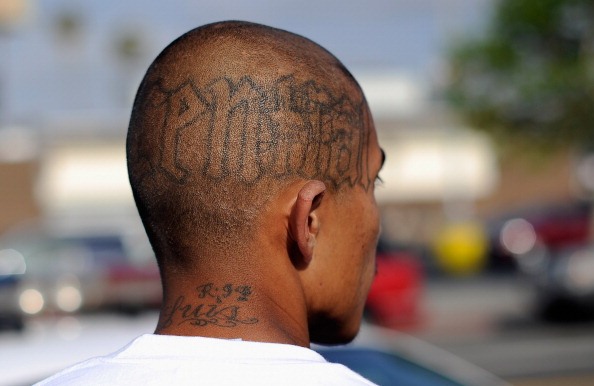 Although Los Angeles is widely known as a great place for tourists, it also has a very serious history with gangs and violence.  During the 90s especially, Los Angeles became extremely well-known for the number of gang affiliated crimes that took place in certain parts of the city.  Depending on where you go when you leave L.A. you may have a lot of explaining to do when it comes to gangs. 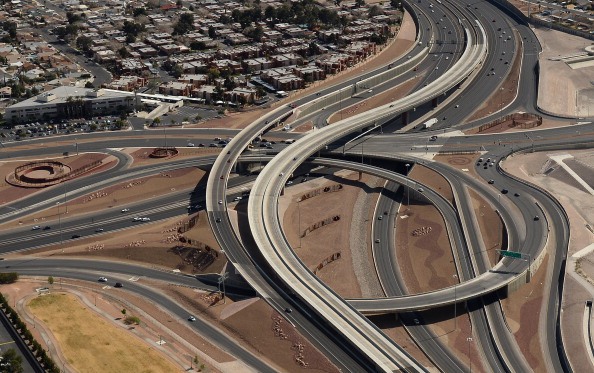 The term freeway is very popular on the west coast, but in other parts of the country ‘freeways’ are commonly referred to as highways.  That’s a pretty simple one to catch on to.  However, people in Los Angeles also have an interesting habit of putting the word “the” before the name of a particular highway. For example, it’s normal for someone in Los Angeles to say “the 101” in reference to the highway.  But just so you know, nobody else does that!! So get used to saying 101 and dropping the the! 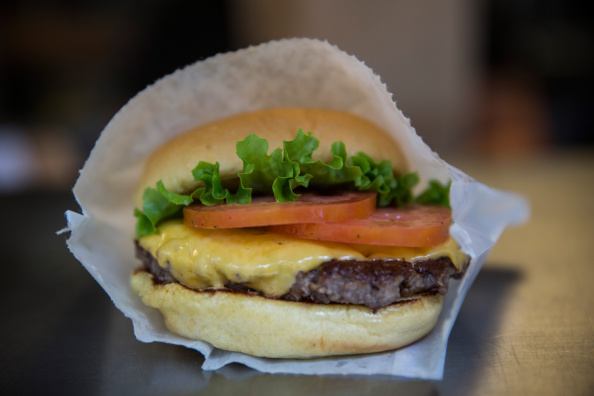 In N Out Burger

In N Out Burger is extremely popular in Los Angeles, but if you plan on leaving, the sad truth is that there probably won’t be one where you’re going. Hopefully you can find something else that you like, because you won’t have a choice. 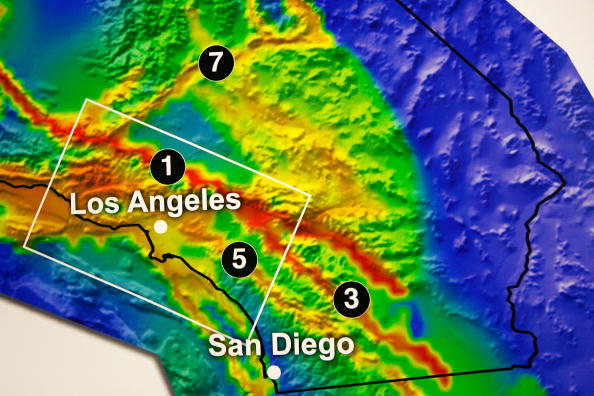 This may sound crazy, but you might actually miss earthquakes when you leave Los Angeles.  Of course you’re not going to miss your life being in danger, but if you move somewhere that gets cold during the winter, you might actually be wishing for an earthquake instead of snow. 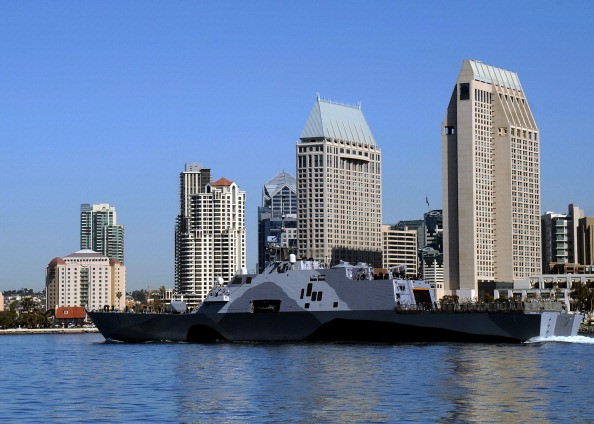 Okay, even if you’ve been living in Los Angeles for a while, you probably don’t think much about San Diego. Well, move to a different state and there’s a good chance you’ll never think about San Diego again. On the bright side; however, you probably won’t be missing much. 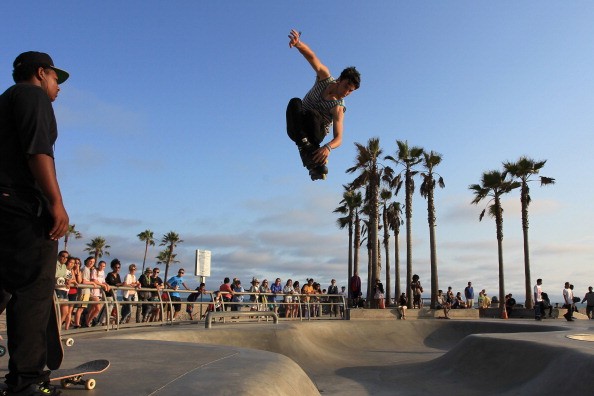 There will be a whole new normal

Any time you leave one place for another, there’s obviously going to be some changes and differences.  However, although you may not think Los Angeles is anything special, once you leave you will see just how different it is from other places. Not that these differences will all be bad, but they’re definitely things that you’ll notice. 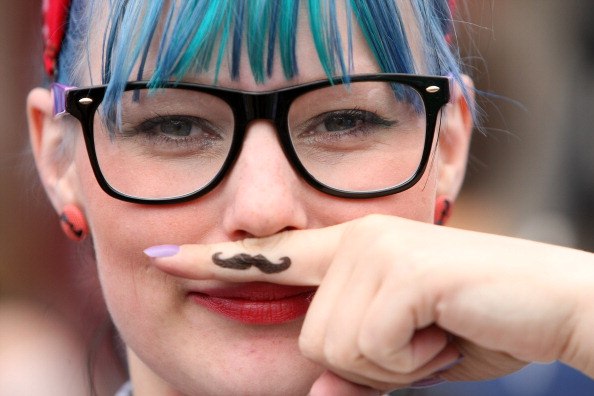 Your slang will probably be hella confusing

Whenever you use a lot of slang that’s popular in your area, you tend to forget that people in other areas may not use the same slang.  Well, leaving L.A. will definitely be a rude awakening for those who have been holding most of their daily conversations using lots of L.A. slang. 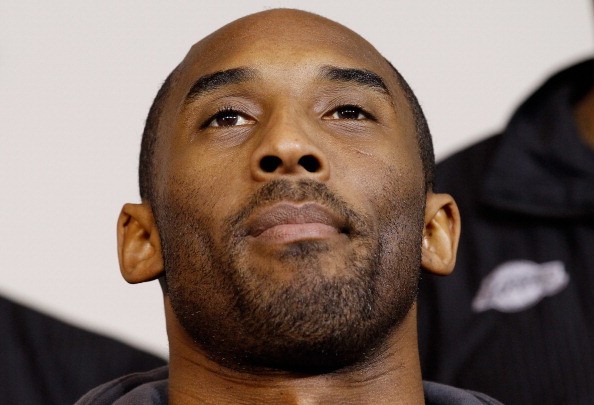 If you’ve been in L.A. for a while, there’s a good chance you’re a fan of all the local sports teams. Sure, you might want to remain a long distance fan even when you relocate, but it might be in your best interest to go with whatever team is popular where you’re going – especially if you plan on moving to the northeast.

Good luck explaining that you don’t live in Beverly Hills

Although Beverly Hills isn’t actually part of the city of Los Angeles, many people from far away don’t know that. When some people think if Los Angeles, they automatically think of Beverly Hills, and subsequently fell like all of California must be like that.  Welp, with that being said, good luck explaining to everyone that you aren’t  from Beverly Hills – unless of course you are. 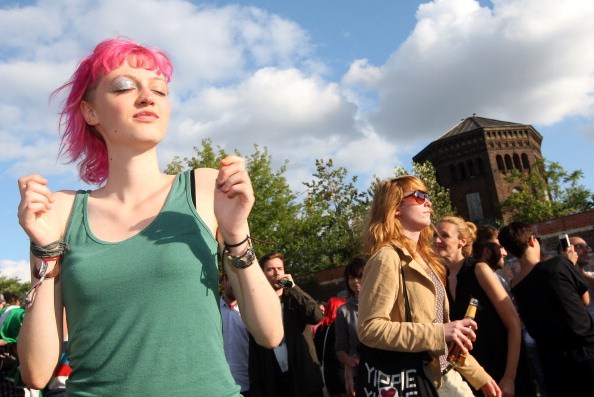 Los Angeles is often associated with hipsters.  In some people’s minds, the city is full of little hipsters riding around the city on fixed gear bikes.  However, there are hipsters EVERYWHERE, and if you’re leaving L.A. in hopes of getting away from them, you might want to give it a another thought. 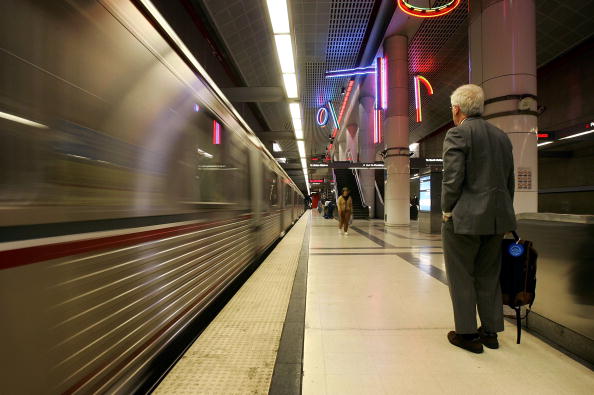 Public transportation is something that many people in Los Angeles take it for granted.  But it’s important to keep in mind that L.A. has the second largest public transportation system (behind NYC) so things in Los Angeles are running a bit more smoothly than they are in other cities.  When you leave L.A. you may be in for rude awakening when you realize that in order to get anywhere you’re to have to drive. 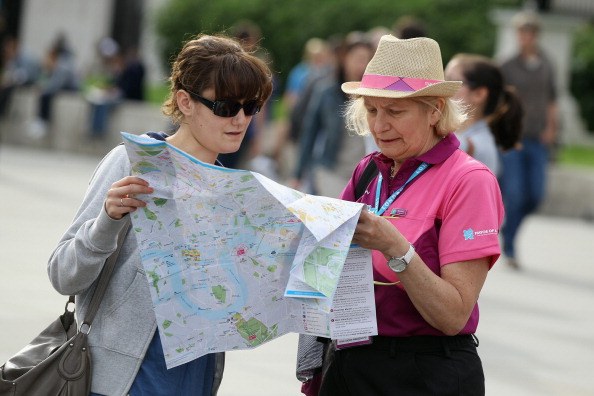 When you live in a place like L.A. it’s easy to find yourself getting annoyed with tourists or new comers who have absolutely no idea where they are or where they’re going.  But once you leave L.A. the tables will be turned – and not in your favorite. 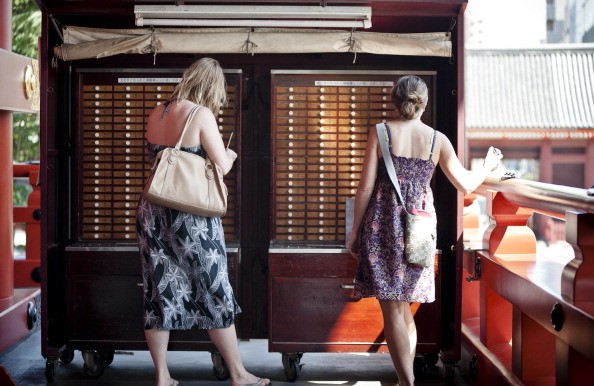 Some people are actually from the place they live

Los Angeles is one of those people who hardly anyone actually seems to be from.  Sure, there’s plenty of people who live there, but if you’ve ever stopped to ask people where they’re actually from, there’s a good chance it’s not Los Angeles.  Well, unless you plan on moving to another big city, you’ll probably find that almost everyone is actually from the place where they live – and have no plans of leaving. 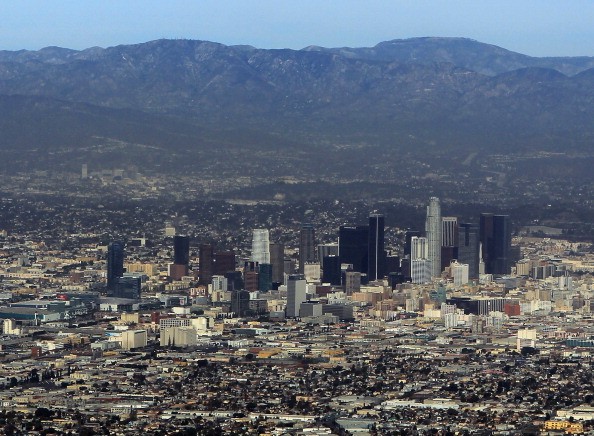 No matter how you feel about Los Angeles, there’s no denying the fact that there’s no place like it. Although each place has its pros and cons, you’ll see that Los Angeles is truly a unique place, and you’ll definitely miss it when you leave!