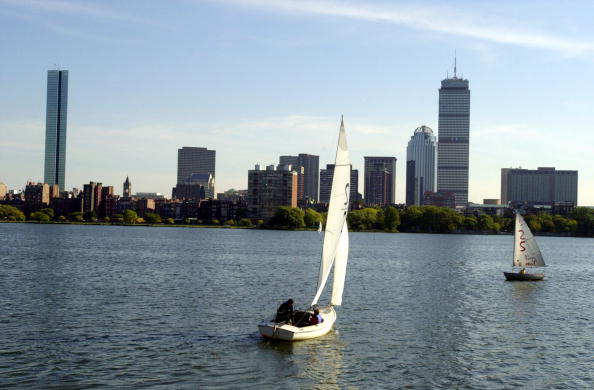 When moving, there are many things to think about.  Whether you are currently looking to get out of a place that you hate, or living in a place that you love, but considering trying something new, it can be possible to pin point exactly what it is that you’re hoping to gain.  With so many possibilities, it can also be difficult to narrow down the perfect location.  However, for many people, the city of Boston has become that place where they feel they can be both happy and successful.  But why? Why would anyone ever want to live in city that’s full of activity, culture and life? Seriously, what could be so great about a place with great sports and proud locals?  Only those who are crazy enough to live in Boston will be able to answer that, but for now, here are 20 reasons you should never live in Boston. 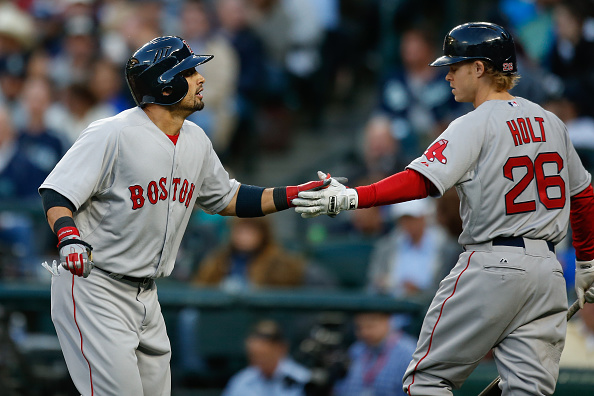 You’ll have no choice but to become a sports fan

Well it’s no secret that Boston is a big sports city, and there’s absolutely nothing wrong with that.  Whether you like basketball, baseball, football, or hockey – there’s a pro team in Boston just waiting for you to become a fan. However, once you become a Boston sports fan, there will probably be a few haters who want to bring you down.  But when in doubt, just point them to the number of championships that have been brought to the city and keep it moving. 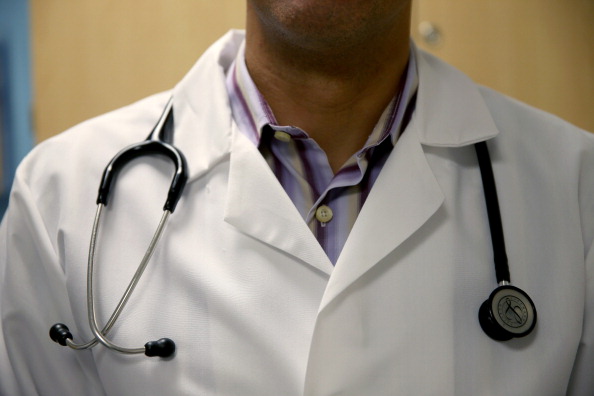 Doctors in Boston are curing diseases

In 2013, doctors in Boston were pleasantly surprised when they were able to essentially cure an HIV positive infant.  The news quickly spread across the world, and the doctors tried to recreate their success on two adult patients.  Although they were unable to cure the older patients, their initial success gives hope that a cure is closer than most people originally thought.  Some people even think that Boston may be the place to discover the cure for cancer.  Although nobody ever wants to get sick, it’s always nice to know you’re in a place where you’ll be well taken care of. 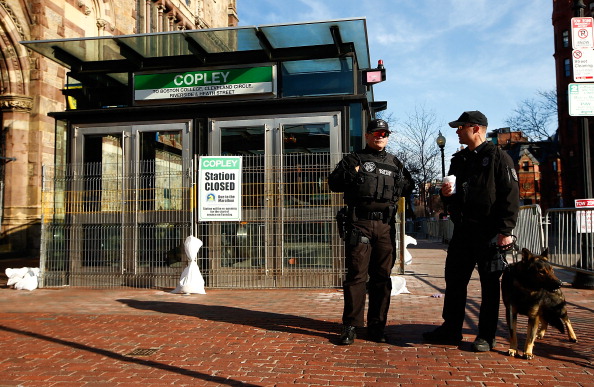 People in Massachusetts have a bad reputation for being terrible drivers.  Throughout the region, they’re commonly referred to ass Massholes.  However, if you live in Boston, it’ll be relatively easy to avoid the commotion on the road by simply taking the train.  The Massachusetts Bay Transportation Authority offers a host of transportation options including buses, trains, and boats. Although many people may not be aware, the public transportation throughout the city is pretty reliable and can be a great alternative to driving. 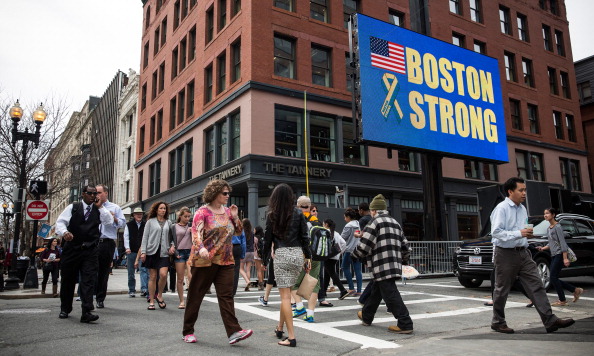 …or you can walk everywhere

Okay, so driving and public transportation just aren’t your thing.  That’s cool; Boston is also a great city for walking. Whether you want to talk for transportation, exercise, or simply to explore, there are plenty of great places in the city to do so.   The city also offers several walking trails and tours which can be a great way to experience all of the beauty that Boston has to offer. 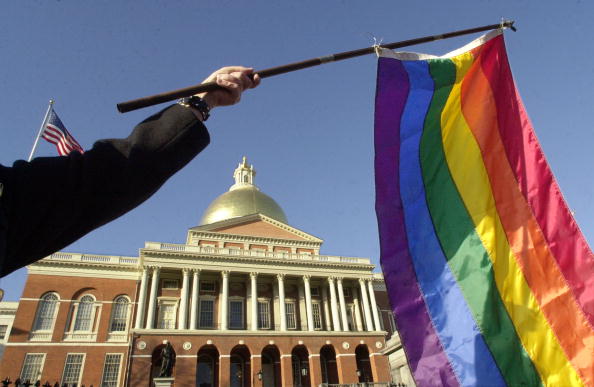 Boston is a pretty accepting city

Boston has a reputation for being very accepting, especially for those in the LGBT community.  When fast food chain, Chick-Fil-A, made its anti-LGBT stance very public, the mayor of Boston made the city’s opposing stance equally as public. After penning a letter to the founder of Chick-Fil-A, it became clear that the city of Boston would not tolerate discrimination.  In his letter, Mayor Thomas Menino stated: “There is no place for discrimination on Boston’s Freedom Trail and no place for your company alongside it.” 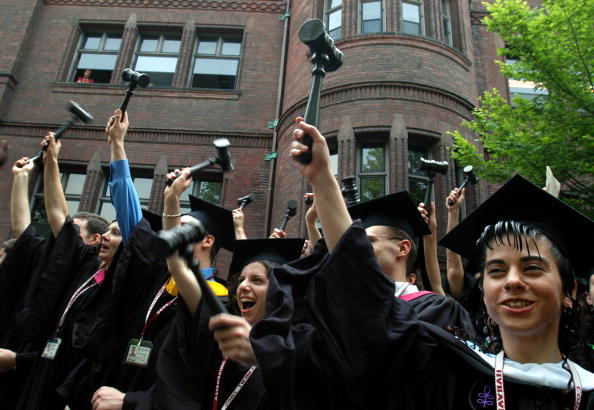 Boston is a great place for education

Boston is home to some really great schools.  Although the city has struggled to improve its public education, things seem to be looking up for Boston. From grade school all the way to college, Boston boasts some of the best and brightest. No matter where your interest lies, there’s a pretty good chance you’ll be able to find a school in the city that will be able to accommodate your needs. 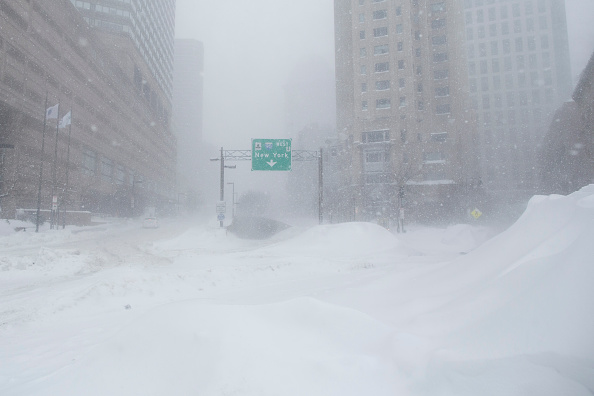 You might freeze to death in the winter, but it’ll all be worth it

It’s no secret that Boston can be pretty cold.  Just like the rest of New England, Boston is usually over whelmed with snow during the winter season.  Sure, snow can be inconvenient and cold, but it can also be beautiful as long as you don’t have to be outside in the middle of it. But on the bright side, snow doesn’t last long.  The other seasons in Boston more than make up for a few months of cold, and the fall foliage is something that most people can only dream of experiencing. 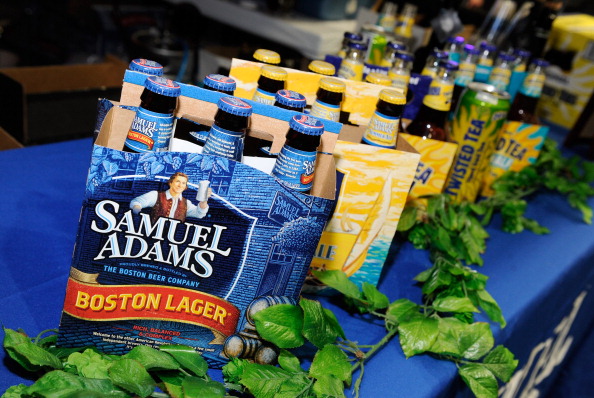 Nobody knows beer better than Boston.  The city has a h2 history with beer, and the people of Boston love a good brew – and with good reason. The Boston Beer Company (Samuel Adams) is one of the most popular beer brands in the country, and produces a wide variety of brews with a lager for every season. Boston is also home to plenty of places to enjoy beer and the bars can be a great place to hang out and have a good drink. 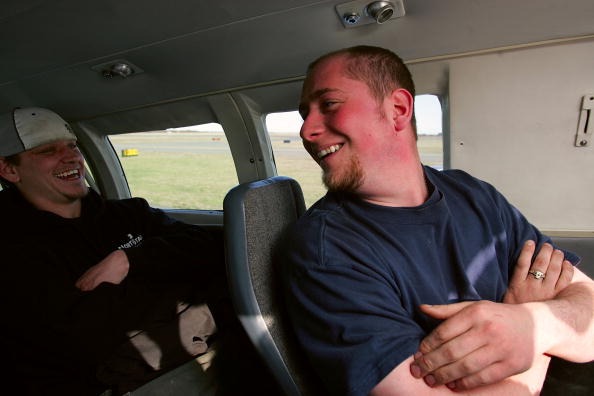 People are funny in Boston

Everybody likes to laugh, and there’s nothing worse than being in an environment full of uptight people who are afraid to crack a smile.  Well, luckily, Boston is pretty well-known for having a good sense of humor.  The city is home to some of the funniest people in comedy including Jay Leno, Conan O’Brien, Mindy Kaling, and Steve Carell.  With a list that includes big names like this, it seems like there’s some laughing gas in the air in Boston. 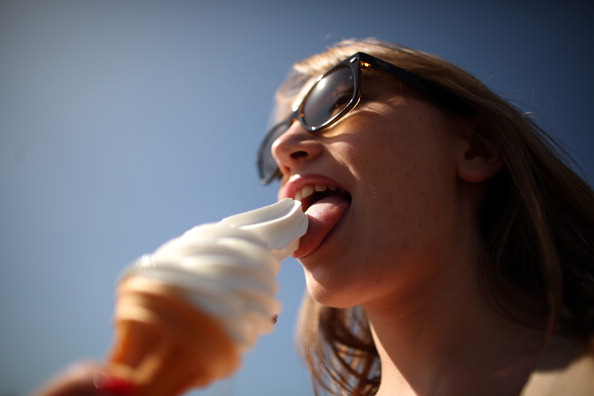 If you enjoy ice cream, then Boston will be the perfect place for you and your sweet tooth. Bostonians love ice cream all year round, and as a result, there are plenty of ice cream parlors to choose from throughout the city.  Whether you like soft-serve or hard ice cream, you’ll definitely find the perfect spot for you. But just keep in mind that the good people of Boston refer to sprinkles as jimmies. 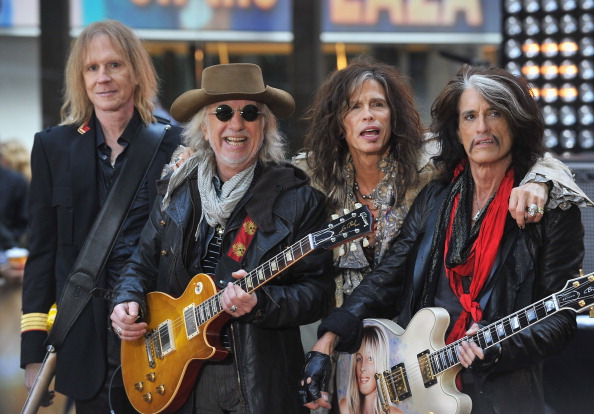 Music is a very important part of most people’s lives.  However, many people don’t think of music when they think of Boston.  However, Boston is a great place for all types of music from local bands to large nationwide acts.  There are several music venues throughout the city, and Boston is typically a tour stop for some of the biggest acts in the industry.  If that’s not cool enough, Boston is also home to some well-known music groups including Aerosmith, New Edition, and New Kids on the Block. 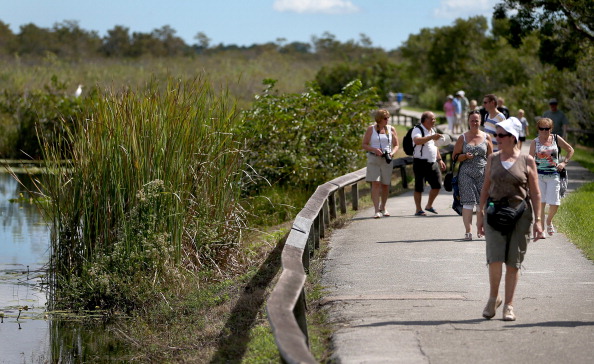 Parks are awesome.  Seriously, there’s nothing like having lots of open space to explore. Sure, lots of cities have parks – but the people of Boston actually use theirs. The city has a lot of great parks that are perfect for hanging out or attending events.  If you enjoy walking through the park, picnics, or just relaxing and reading on a nice day, you can definitely find the perfect park to plop down in. 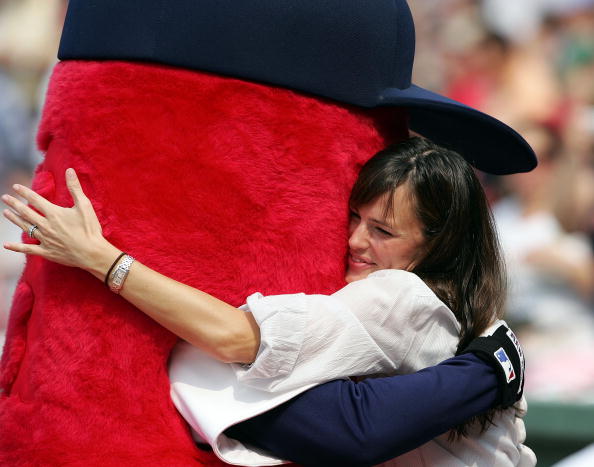 People in New England are often seen as rude and pretentious.  However, Bostonians are a prime example of how that simply isn’t the case.  Many people who visit or move to the city often find themselves surprised at how kind the residents are.  The good people in Boston know how to welcome people to their city, and their pride in their hometown is nearly unmatched. 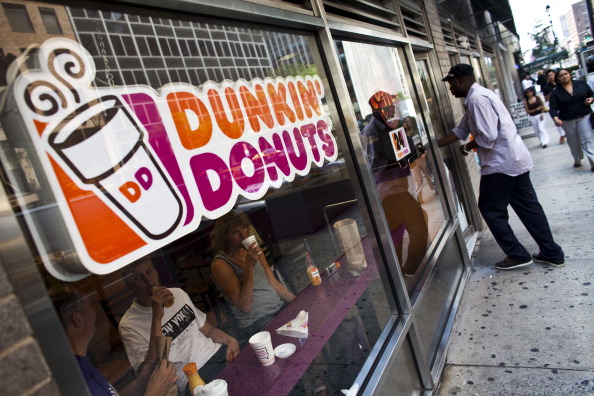 So you’ve been a Krispy Kreme fan all of your life? Well move over, because Boston has another treat for you. If you haven’t spent a lot of time in the northeast, you may not understand the amount of love that people in the area have for Dunkin’ Donuts, but living in Boston will definitely help you understand what all the hype is about.  You might want to get in line early, because the line during the morning rush hour will probably be out of the door. 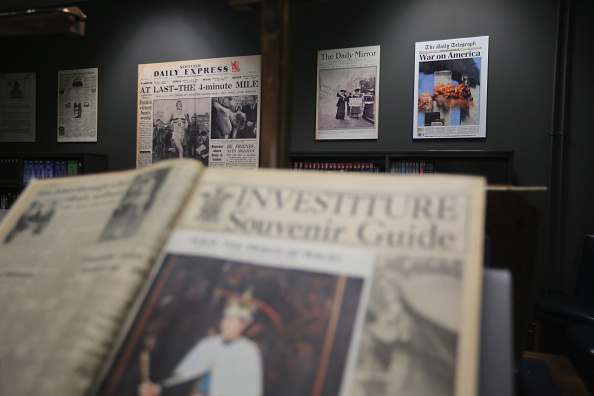 Boston is a pretty old place

Boston is one of the oldest cities in the country, so obviously there’s a lot of history that comes along with that.  Boston has been the location for several of the United States’ most memorable historical moments, and is now home to some pretty incredible tourist attractions.  While in Boston, you’ll be able to see the Boston Public Garden, the Freedom Trail, the Boston Tea Party Ships and Museums, and a host of other incredible attractions. 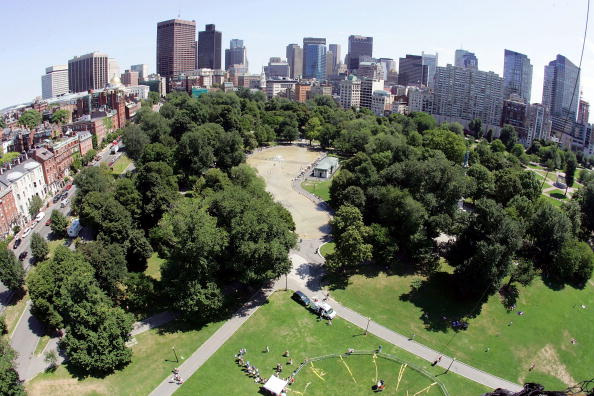 Most people are under the impression that cities are nothing but overcrowded and filthy wastelands full of people who litter all over the place. While that many be the case in some cities, Boston has worked hard to make sure that the city is not known as being a massive junk pit. Boston has come a long way over the last two decades, and many are amazed by the city’s transformation. Boston is one of the cleanest cities in the country. 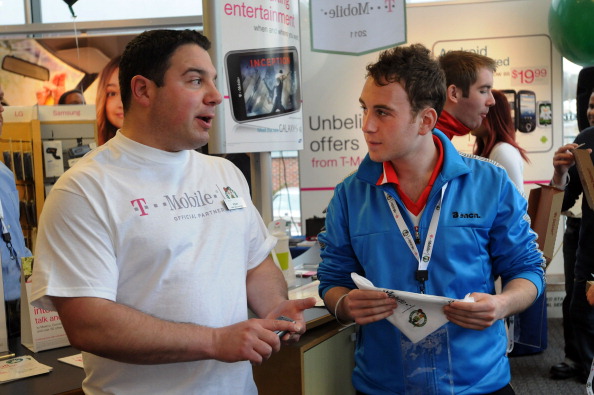 Lots of places have their own unique slang, but Boston is definitely one of the most noteworthy places.  Between the accents, and words like wicked, bang, and tool, it may take a while to get used to the way people in Boston speak.  However, once you get the hang of it it’ll almost feel like you’ve been speaking the lingo all your life, that’s wicked cool bro. 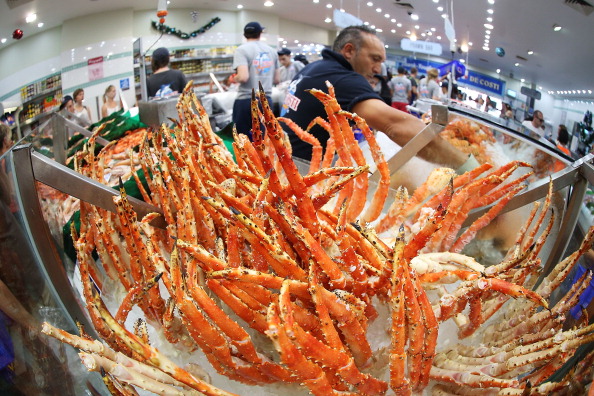 Being close to the water has its perks, with seafood being one of them.  Boston is well-known for its fresh seafood, and there are plenty of great restaurants throughout the city that can serve up a mean plate of fish and chips.  Even if eating out isn’t your thing  – there’s still plenty of places in the city you can purchase raw seafood and cook it yourself.  See, this is a win-win situation for everybody, except of course for those who don’t like seafood.

If you’re scared of the big bad city, you might feel comfortable knowing that Boston is one of the safest cities in the country. According to USA Today, “With its many colleges and universities within the city and surrounding area, Boston is a center of higher education and a center for medicine. It’s no wonder then that the city has the highest number of hospitals per capita. Boston also has low child injuries and pedestrian accidents and good air quality. To protect Boston’s air quality, the Boston Air Pollution Control Commission (APCC) cooperates with local, regional, state and federal agencies to develop strategies and programs to improve air quality throughout the New England area.” 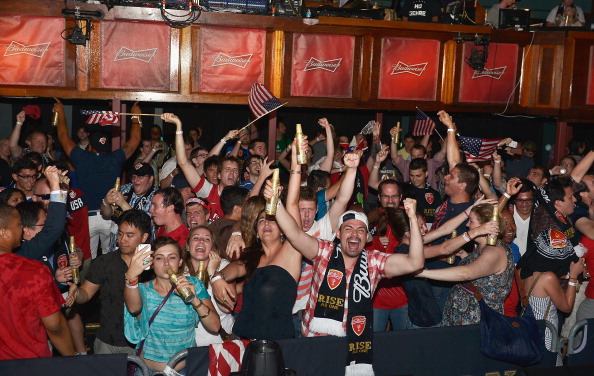 For people of all ages, it’s important to be able to spend a night out on the town every once in a while. Some of the bigger cities have overshadowed Boston when it comes to the nightlife department, but Boston definitely isn’t lacking in that area. Boston offers a host of clubs and lounges for people who are looking to spend a night out with good company.  No matter what type of atmosphere you prefer, you’ll definitely be able to find the perfect place for you. 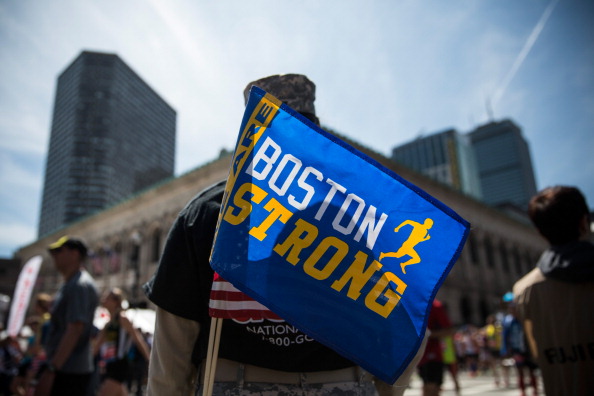 Through all of trials and tribulations the city has undergone, Boston has remained resilient to it all.  After the bombings that occurred at the 2013 Boston Marathon, many were not sure if the city would ever recover from the tragic events of the day.  However, the city has proven to be unstoppable, and has found a way to push forward despite all of the things that have attempted to bring Boston down.