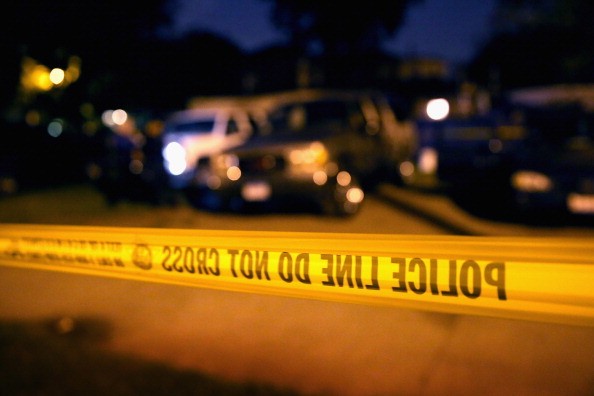 Although we all want to believe that we’re invincible and can’t have harm done to us, the truth of the matter is that bad things can happen. While it isn’t always common, crime occurs in every city in the entire world, no matter how affluent or exclusive a community seems to be. And because there isn’t an area on the planet that doesn’t have crime happen, I’m giving you the cities in the United States where it’s most prevalent, as these are the 15 cities in America where you just might end up six-feet under if ever visited.

As the most populated city in the state, Bridgeport, Connecticut has also proven to be the most dangerous, with so many violent crimes occurring that a curfew was set several years ago to help stop late-night instances. With extra police assistance and the curfew being enforced, homicides did drop over the past few years, but assault is still a major concern in Bridgeport.

Once a decorated city with a booming industry that helped shape America, Detroit, Michigan has found itself in a rut that has been difficult to overcome. In addition to a poor economy and gloomy weather, Motown actually tops the list for the most violent crimes for the fifth-straight year. With 1 in every 47 becoming a victim of some sort of violent crime, Detroit isn’t a place worth considering to live until things change.

With an almost imaginary number of 1,086 instances of violent crime per 100,000 people in the city limits, Oakland, California is, without a doubt, one of the harshest places for anyone to live in the United States. With crimes actually increasing by about 30 percent in the past couple of years and an unsettling 32 murders per 100,000 residents, Oakland is just downright scary no matter where you are in the city.

Although many other midwest cities have an influx of young professionals living in the downtown area to become part of an urban revival, St. Louis, Missouri hasn’t seen such developments. Many contribute that to its extremely high crime rates, where 1 in 11 people are involved in a violent crime. Making things even more bizarre is that St. Louis has actually seen a 20 percent dip in violent crimes, yet still reports alarming numbers that show the downtown area isn’t a place worth risking to live.

Known for its blues music and barbecue, Memphis, Tennessee has also been one of the most dangerous places in the U.S. for years. Due to its high volume of poverty, many of the violent crimes can be attributed to the state for being so poor, with 20 murders occurring per 100,000 people. And with a 1 in 12 chance of becoming a victim of violent crime, Memphis isn’t a place where one would want to be left wandering around Beale Street alone after hours.

Who says that everything in California is just sunshine and glam? For those who either live or have visited Stockton, California, that perception has surely been proved otherwise. Although many of the crimes stem from bankruptcy and white-collar crimes, Stockton’s murder numbers are at 24 per 100,000 people and robberies at a stunning 520 per 100,000, making this city one of the worst places to live on the west coast.

For years, Birmingham, Alabama has always been a place that, among Southerners, hasn’t been a great place to visit. While many outsiders think it’s a quiet spot in the Bible belt, the crime shows something completely different. In recent years, Birmingham has averaged more than 31 murders a year per 100,000 people, with 1 in 12 residents of the city having a chance of becoming involved in a violent crime.

Known in the drug circuit as The Heroin Capital of the U.S., Baltimore, Maryland sees a lot of violent crimes stemming from the addictive drug. With a crime rate of 65 per 1,000 residents, Baltimore also sees about 35 murders per 100,000 people, with aggravated assault and armed robbery also being prevalent.

Growing up just outside of Cleveland, Ohio, it has always been true to my heart. Still, that doesn’t mean that the stats don’t show it as being one of the most dangerous places in the U.S. In addition to dealing with a difficult economy, Cleveland has had many high-profile crime cases in the past few years, with 76 per 1,000 residents involved in some sort of violence.

While Atlanta, Georgia has many attractions and has undergone a bit of a revival over the past decade-plus, it still isn’t completely out of the top-10 of the highest crime rated cities in the U.S. With a crime rate at 1 in 12, there are a number of armed robberies that makes the city just 1 percent safer than the rest of the cities in America. Not something many residents would want to read.

Somewhat surprising to see Milwaukee, Wisconsin on this list, the city has been trending upwards when it comes to crime rates in recent years, something that residents probably aren’t too fond of doing. With about 85 percent of shootings involving residents with extensive criminal records, the chances of a violent crime occurring here is 1 in 66.

With great history, yet racial divide, Jackson, Mississippi has struggled to overcome the perception of a back-and-forth between their residents, causing an uproar that has led to a number of crimes. With an average criminal rate of 78 per 1,000 residents, the FBI believes most of the acts are racially motivated, making Jackson a place where people should reconsider making a trip to.

When people think of the Garden State, many probably imagine things like Atlantic City and the whole Jersey Shore reputation. But those who have ever lived in Newark, New Jersey probably associate it with high crime. Averaging 34 murders per 100,000 people based off of a study, the city has a high rate of violent crimes that estimates 1 in every 85 residents will be involved in one.

It might be termed the city of brotherly love, but Philadelphia, Pennsylvania has been anything but in recent years as crime rates begin to grow. With 22 murders per 100,000 people in Philly, the east coast’s second largest city has some serious problems that include some of the nation’s most violent crimes.

Not only one of the most obese cities in the United States, Little Rock, Arkansas also happens to be the most dangerous—based of per capita statistics. While Little Rock might sound like a nice, quaint part of the country, it has had an increase in violent crimes in the past few years suggesting otherwise. Recent reports indicated that there are 23 murders per 100,000 people, with a disturbing trend of homicides since 2011.