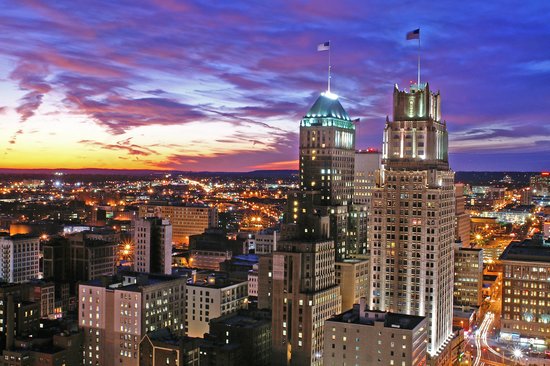 Most people hear the name, Newark, New Jersey, and they either have never heard of it, or they have and they think that they know all there is to know about it.  Unfortunately there are numerous stereotypes about Newark as in it’s crime ridden, and dirty.   But the largest city in New Jersey is so much more and doesn’t carry every stereotype that people pollute the media with.  While it is easy to go online and find facts about Newark, there are some things that you would never know unless you actually live in Newark.  Here are 10 such things:

While traveling, it is not uncommon to have a layover in Newark Liberty International Airport. Just because you have been to the airport, it doesn’t mean that you have actually been to Newark. There is more to this city than its airport.

Don’t Get Out to Pump Your Own Gas

Unless you are from Newark, you will pull up at the gas station, get out, and attempt to pump your gas. Those of us from Newark know that this is illegal. We know that we have to wait in the car until there is a free attendant. Even if there is an open pump and the attendant is busy, we know that we still need to wait. It can be frustrating at times, but its the law.

Everyone in the United States pronounces Newark exactly how it is spelled. Unless you are actually from Newark, however. We pronounce the name of our fair city, “Noork.” If you pronounce it the way that it is spelled, we will know that you are from out of town.

We Have the Best Portuguese Food in the United States

The Best Food is On Ferry Street

There are restaurants all over Newark. Unless you are actually from here, you won’t know where to go to get the best food. Sure, the food at the other restaurants are good, but it is nothing compared to the food on Ferry Street. You can take a culinary tour of the world when you dine on Ferry Street. They have the best Italian, Chinese, Mexican, Spanish, and Portuguese food. Whatever you are craving, you will find its best version on Ferry Street.

Unless you are from Newark, you won’t understand the importance of carrying spare change or having an E-Z Pass. This is because people from Newark understand that every road is a toll road. Whatever road you take to get into Newark or to get out, you are going to need to pay. Newark residents understand this and we prepare accordingly.

We Have a Real Live Superhero Living in Our City

Most people look at politicians like they are unfeeling bureaucrats. That isn’t the case with the former Mayor or Newark, who is now a state senator. When he was the Mayor of Newark, he saved one of his neighbors from a burning building while the fire department was on the way. After Hurricane Sandy, he invited the victims who had no power to come over to his house. He even rescued a freezing dog. He may not wear his red cape every day, but he is Newark’s real life superhero.

Our Public Transportation System is Awesome

We All Love Whitney Houston

Whitney Houston was born in Newark, and she never forgot her roots. It can be difficult to find anyone in Newark who doesn’t like her. After she died, it hit the entire city pretty hard. Unless you are from Newark, you wouldn’t understand how even in death, she brings out city together, and we will always celebrate her legacy and her life.

If you are from anywhere in the U.S., you can look at a map and find Military Park. Unless you live in Newark, you won’t know how truly amazing it is. This park is more than just your typical park with a swing set and a duck pond. Military Park has a farmer’s market, a reading room, musical performances, outdoor movie screenings, and an open mic day. It is a great place to be on a nice day. Unless you are from Newark, you just wouldn’t understand how cool the park really is.

There are pizza joints all over Newark. Unless you are from Newark, you won’t know which one to choose. Those of us who live here know that the only place to order a pizza is The Monk Room. If you are going with friends, you can order the best pizza in the city. If you don’t want a whole pizza, you can order one of their world famous personal pizzas. If you are from Newark, you know all about The Monk Room.

You Will Have No Idea What a Jughandle Is

Unless you are from Newark, you likely think that a jughandle is just the handle of a jug. Those of us from Newark know that it is actually a type of road. It allows traffic to turn left on the right side of the road. If you aren’t from Newark, you will think it is just a road that you avoid. Those of use who live her love the jughandle.

If you aren’t from Newark, you will likely walk past Hell’s Kitchen Lounge without ever going inside. If you are from Newark, you would know how great this place can be. You can have a few drinks, see a burlesque show, and even have pancakes. Where else in the U.S. can you find this?

You Can’t Go in the Water

While the Newark Bay is pretty, you should never go in. This is a little fact that you wouldn’t know unless you live here. Going in the water means that you can die from the pollution or you could be hit by a boat. Only natives of Newark would understand.

Newark is a great place to live. It is full of culture, amazing food, and great places to hang out. Being from Newark, there are plenty of things that we always have to explain to out of towners.