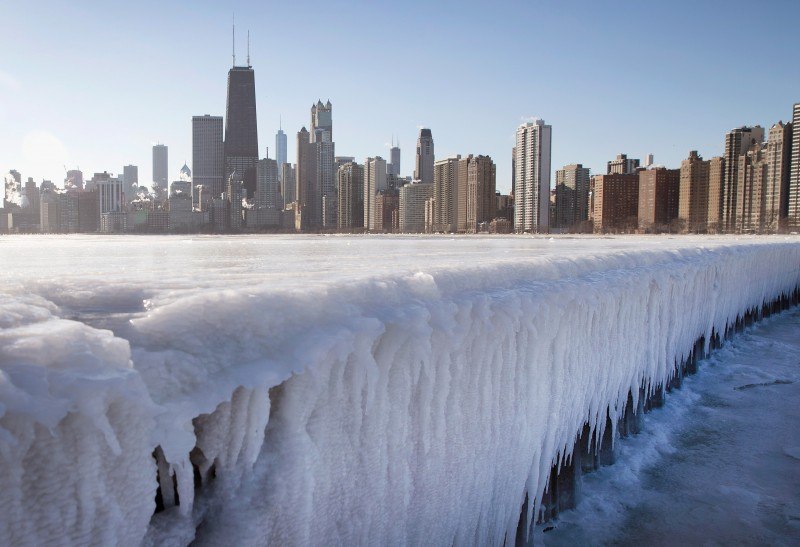 If you’ve never visited or lived in Chicago, you’re really missing out. As someone who grew up in Ohio and moved to the Windy City after college, I can tell you just how great the place is—well, during the months of May through October, of course. As the hub for most Midwestern twenty-somethings to call home following their college years, there are some who say they live there and some that say they’re from there. These 15 sayings are for the ones who grew up in Chicago, as these are the sayings only true Chicagoans understand.

You don’t have to be a diehard Chicago Bears fan to know that the phrase, “Da Bears” is referring to the NFL team from the city. Coined long ago, it became famous from a Saturday Night Live skit including some of the show’s cast members, with Chicago favorite son, Michael Jordan, even making a cameo during one of the sketches.

In almost any other city, when you hear the words Boys Town together, you might assume that it’s a nickname for a house where some of your buddies live. You know, like it’s the broest house in the city, or something. Not in Chicago, though. In Chicago, it’s the predominantly homosexual neighborhood, so don’t show up with your Natty Light if going while there.

There’s a good chance that the taste means something different to you in other cities. But, in Chicago, it refers to the Taste of Chicago, which is the annual festival held each summer that the entire city seemingly shows up to and tastes flavors from local restaurants. It’s a scene worth checking out—if you haven’t been before—and is held right by Grant Park by Lakeshore.

In other words, it’s calling someone a jack-off, meaning you dislike this person—a lot. And, the majority of the time, when someone says this, them be fighting words, so be careful using it casually for fear that you might get a sledgehammer from someone on the side of your head. You’ve got to say it with a Midwestern accent to get the full effect, though.

It’s no secret that Chicago is known for its filling, cheese-gooeying pizza, better known as the deep dish. Unlike the paper-thin style that New Yorkers boast about, when you have pizza in Chicago, it is deep dish, looking like a table that just falls off a few feet from its crust down—and it’s delicious.

Coined by legendary Chicago Bears head coach Mike Ditka, when he called his team a “bunch of Grabowski’s,” he meant they did all the little things to get the job done. A blue-collar, lunch-pale type of group, Ditka’s players embraced the term by being toughminded and tough-nosed.

It’s not the nicest term to call someone—nor the worst—but when someone says you’re an egghead, that’s a sign that they don’t really think you’re the sharpest tool in the shed. There might be other things worse to call a person, but egghead is one that has stood the test of time and continues to be something Chicagoans say lightheartedly.

What do you get when you have a group of older, affluent men who hang out in a popular North side bars and restaurants? You get the nickname Viagra Triangle, which is exactly what I described above. Look out, all you single, mid-twenties ladies, because if you visit here, you’re getting hit on by guys old enough to be your uncles.

As a major sports town, Chicago doesn’t just say where they’re going in literal terms, but, as other places do, disguise their whereabouts through nicknames. That’s why telling someone that you’re headed to see “Da Bulls” or “Hocks” play at the Madhouse on Madison is slang for seeing the NBA’s Bulls or NHL’s Blackhawks in action—even though the arena is actually called the United Center.

No, I’m not referring to the drug, rather the freeway that runs down the coast of Chicago, Lake Shore Drive, which many North Siders take to get into the loop or other parts of the city. Unfortunately, driving on the LSD might make you feel a little funky, at times, as it is typically backed up and slow-moving depending on when you try and drive it.

You know those people who drive nice cars while wearing their Wayfarers and Polo shirts and pulling out of their penthouse on Lincoln Park Drive? Yeah, those are Yuppies. Used to describe the young urban professional, we might all know what a yuppie is, but the term was actually first used in Chicago.

Located in Millennium Park, everyone is obsessed with the bean. A silver sculpture in the shape of a bean, it’s design makes reflections look like a circus mirror, stretching and scrunching people’s bodies as they stand by it. Taking selfies and posing in front of it are encouraged—and, well, pretty much mandatory.

While some people think that the “El” is actually the “L,” many might not be aware that the train system in the city is short for elevated train, which runs above the streets through many parts of the city. As one of the most reliable public transportation systems in the country, the El is an ideal way to go from Lincoln Park to the Loop in just 15 minutes on the brown line. If your’e from Chicago, you know exactly what that means.

Although there are two MLB teams in Chicago, there is only one that can call the Friendly Confines their home park—the Chicago Cubs. Playing in Wrigley Field, the place is a shrine for baseball fans and bleacher bums, giving sports fanatics memories that they can’t seem to remember once the game actually ends. As great of a place to see a game as anywhere in the United States, Wrigley just can’t be beat.

Before being overtaken by Los Angeles, Chicago was the second-largest city in the United States, trailing only New York City. In addition to that, because of the famous Chicago fire years ago, many refer to the Windy City as the Second City because it, get this, had a second resurgence following the building up of it once the ashes were swept away. In Chicago, though, they would refer to anywhere but Chicago as the second city, so don’t be a tourist by saying this too often.