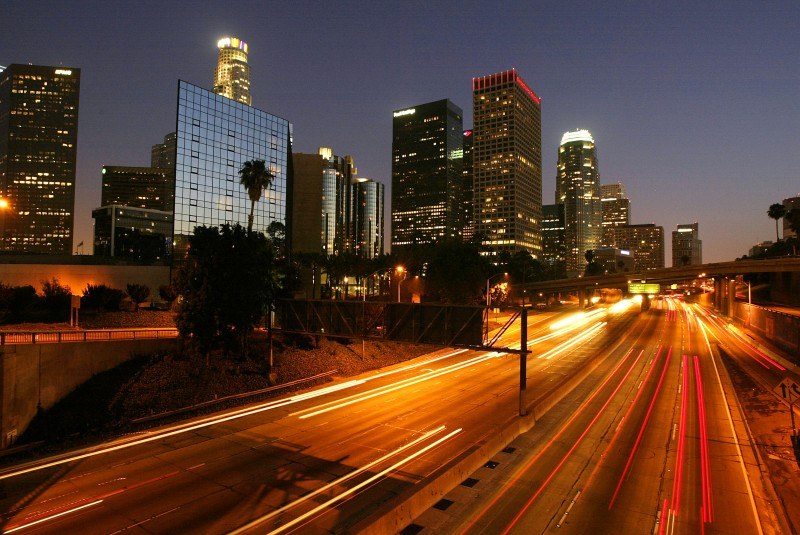 Ah, yes, Los Angeles, the city where souls go to die—or so I’ve been told. While the town might be known for its entertainment and media stronghold and as the City of Angels, there’s no denying that LaLa Land also has a lot of charm about it, too. The second largest city in the U.S., L.A. has always been a little bit hipper and progressive than most, happily carrying the torch for what’s cool and what’s just a passing trend. Whether through culture, fashion or language, here are a few things that only people from Los Angeles would understand.

While you might think you’re cool by abbreviating the state of California to “Cali,” anyone who actually lives in the state will roll your eyes and call you out. That’s because no one but posers actually call it that. If you want to fit in, try to lose the nickname that is more common for people in the Midwest to use than those who actually have a 310 area code.

One of the most polarizing figures in the history of sports, L.A. Lakers star Kobe Bryant’s nickname just so happens to be the Black Mamba, which is the most appropriate way of describing his lethal attitude while on the basketball court. A legend who is adored by Lakers fans, it’s not uncommon to overhear residents talking about the Mamba year-round, even if the team is struggling or he’s injured—as is the case right now.

Thanks to the former MTV “reality” show that had the same name, The Hills is pretty well-known by those even outside of Southern California. For those who aren’t familiar, though, it’s the ritzy and boujis area of Los Angeles, with families with lots of money raising their kids in the area. Yes, luxury cars are the norm and not the exception for those living in the Hills.

Ralph’s might just be a grocery store to most people in California, but for those who are familiar with the location on Sunset, it’s more than just that. That’s because regulars know that running into someone in the place around two or three in the morning in commonplace, as the aisles are packed with drunken people who are making their way for late-night snacks following a night at the bar or club.

With all of the different highways that L.A. has, it’s no secret that the traffic is often as bad as you could imagine. Seriously, it could take an hour to go just a few miles. And if you happen to hear the words, “Sig Alert,” followed by the highway number that you’re on, you’ll want to either prepare yourself for a long trip or find an exit strategy fast, because it’s not going to be pretty.

For whatever reason, no one in Los Angeles will ever truly commit to the amount of time a commute actually takes—even though the traffic is normally terrible. Thinking that 30 minutes sounds too far and 15 minutes is just unrealistic, a lot of L.A. natives will just land on the number 20 to determine the length it feels like it should take you to drive somewhere—even though it’s almost never true.

One of the biggest cultures in the city is the surfer culture that populates beaches and small sections of Los Angeles. For that reason, don’t be too thrown off when someone says something that sounds more like a TV show or movie as their dialect that what you’re used to. Gnarly just so happens to be one of the most common, which is used to describe something both good and bad, depending on context of the conversation.

Even those outside of Los Angeles are probably familiar with the famed smog that often covers the city year-round, giving outsiders a reason to dislike Los Angeles. While it’s true there is an extreme amount of smog that covers the area—which is just a mixture of smoke and fog together—it’s not anything that most residents in in LaLa Land really care about too much, as they continue to hike, run and bike all the time.

If you haven’t heard of the burger joint In-N-Out before, I really want to know what you’ve been doing for your entire life. No, seriously, get yourself to California and eat the best burger you’ll ever experience, like now! And while you’re there, make sure you ask about some of the items on the secret menu so you seem like a cool kid in the know. Trust me.

One of the most popular places to live in Los Angeles is Malibu, and for those who either live or visit often, you might overhear them refer to it as simply “The Boo.” That might mean someone’s main squeeze in other parts of the country, but in L.A. it’s just one of the neighborhoods that is best known for its trendiness and hip culture.

Nope, this actually has nothing to do with lakes at all, instead being a nickname for the 16-time NBA champion L.A. Lakers. Much like the aforementioned Kobe Bryant, the Lakers are the team that everyone in the city seems to pick up on first, shamelessly jumping on the bandwagon thanks to their Hollywood appeal and rich history—even if they grew up in another part of the country with a hoops team they cheered for.

It’s no secret that Los Angeles is littered with both successful, unsuccessful and want to be successful or unsuccessful entertainers everywhere. For that reason, you’ll be meeting a lot of people who claim to be in “the industry,” even if they’re currently just bussing your table at a Denny’s. There’s no escaping the one thing that everyone in L.A. is seemingly there to do—become famous—so embrace it.

Almost always arriving in the beginning of June each year, a wave of fog overtakes the skies around Los Angeles and ruins everyone’s plans to hit the sandy beaches for awhile. Thankfully, the gray clouds only last for a little while in the morning before burning off and reminding us what makes L.A. the perfect place to live—especially when close to the beach.

Better known as the Pacific Coast Highway, this will be one of the most beautiful drives anyone will ever go on, trust me. Pinned up against the ocean, anyone who drives on this will get pristine views that will remind them why California should really be considered God’s country. Just don’t take your eyes off of the road, though, because it’s pretty curvy.

1. Using an Area Code as Location

This might seem a bit strange, but for those in L.A., it’s something that’s pretty common. Rather than give a precise location of where someone is, a lot of times they’ll just say the area code that they’re currently in, hoping that the person on the other end knows what they’re talking about. It happened in the movie Pulp Fiction and just sort of stuck from then on.