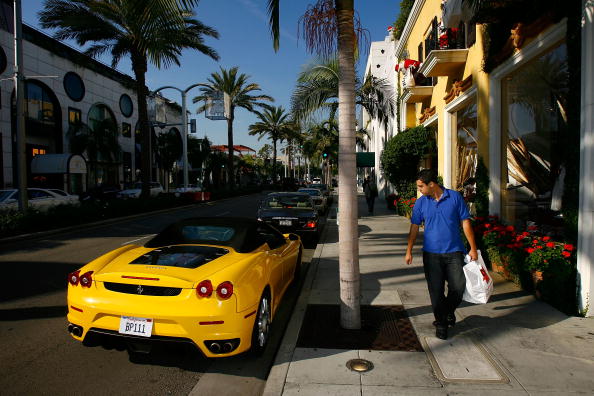 It’s no secret that the United States has always been a “show-me” type of country, with residents not shy in flashing their wealth in other people’s faces. While other countries are prone to do it, too, America is full of those who either achieved the proverbial American Dream or received an inheritance from those ancestors who did. But which cities in this great country has the biggest culprits of residents who like to flash their money? I’ve dug deep to find out, with these being the most ritzy of all U.S. cities, where people flaunt their wealth the most. 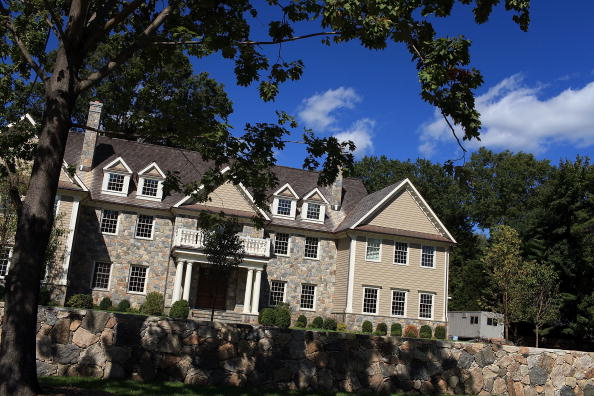 With a population of over 61,000, the media income in Greenwich, CT might “just” be $74,000, but that’s overlooking the number of neighborhoods that have multi-million dollar homes that have been standing for centuries. About as Northeastern as one can get, the town looks like a perfect setting for a family sitcom, with people driving their nice cars and living a, presumed, perfect life. 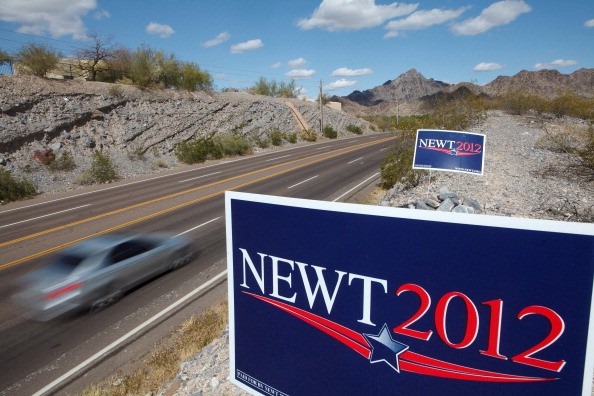 Here’s a fun fact for you—my college girlfriend is actually from Paradise Valley, AZ. Seeing as how I visited her family’s house that was atop and built into a freaking mountain, you can tell that the area has some money. While it’s not quite as bad as some others on this list, Paradise Valley is known for bleached blonde and big boobs, making it a spot where housewives and husbands are prone to flashing what they’ve worked hard for in order to impress. 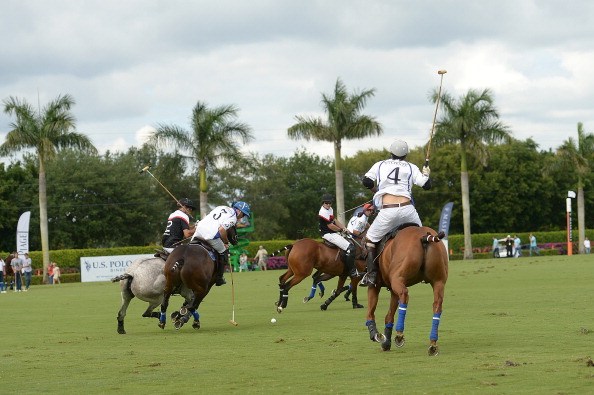 A small community of just over 10,000, Palm Beach, FL is well-known for being a hot Spring Break destination, but don’t be fooled by the week-long festivities go on here, because it stands up to anywhere in the country in terms of luxury. Add in the rare statistic that the area is home to 29 of the 1500-plus wealthiest people on the planet, and it’s easy to see why you have to have lots of money to fit in here. 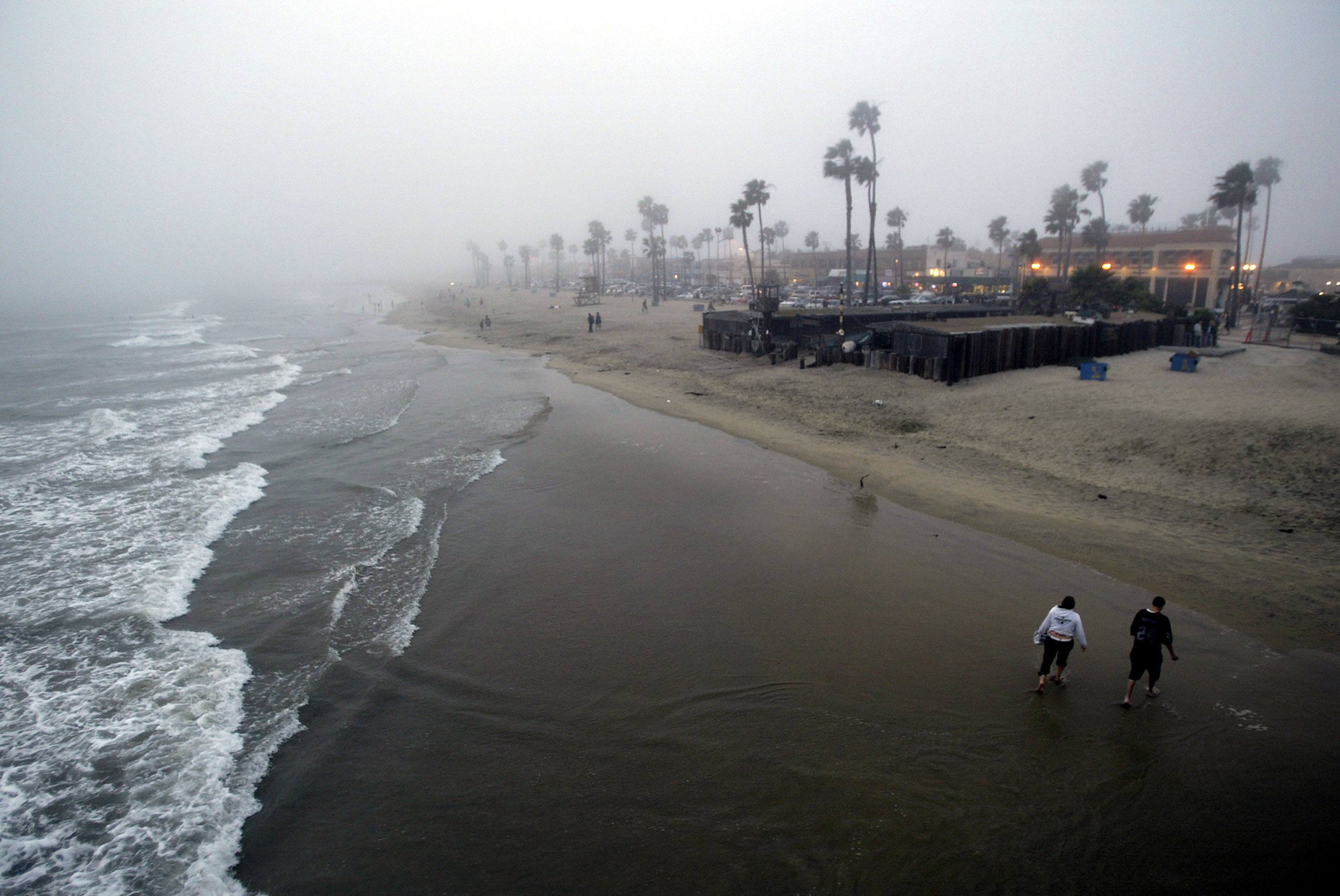 With a little over 2,600 residents, Newport Coast, CA might be tiny, but it packs a heck of a lot of luxury. A media income of over $98,000 makes it a place that can keep up with the demand of it, though. Nice house and a pristine setting by the Pacific Ocean, it looks and feels like paradise everywhere you look. 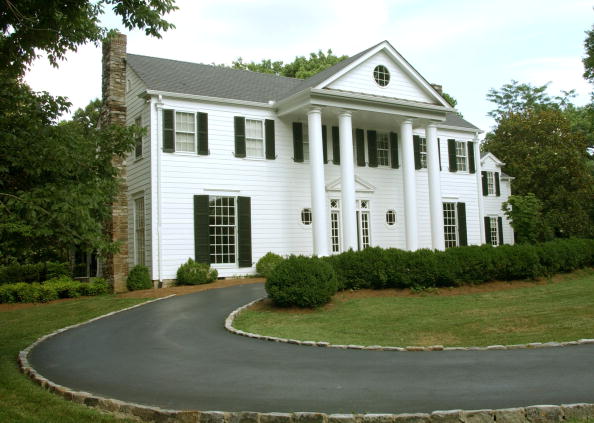 As someone whose family lives in Nashville, I can tell you firsthand how ritzy the Belle Meade neighborhood really is. With a lot of old money, the residents might not spend like these people who make their money from tech startups or other businesses, but they still like to flaunt what they have, with Ferrari’s and Porsche’s not uncommon driving down Belle Meade Blvd., which has lines of houses that are in the millions. 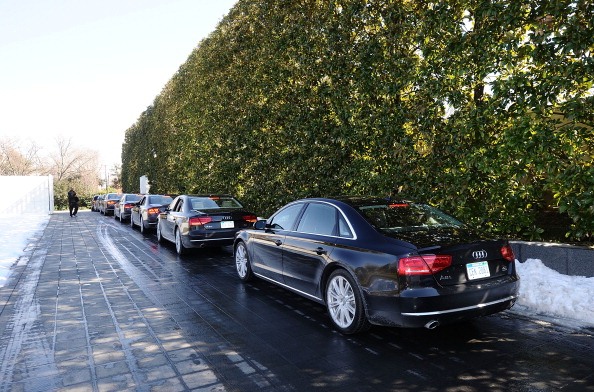 As bad as the aforementioned Paradise Valley, AZ is when it comes to bleached blonde and big boobs, Dallas, TX is a hell of a lot worse. It’s almost as if Dallas takes the Arizona neighborhood and puts steroids on it, with residents famously trying to stay ahead of their friends and neighbors by flashing their wealth with nice things. Everything is bigger and badder in Texas, and Dallas epitomizes that mentality. 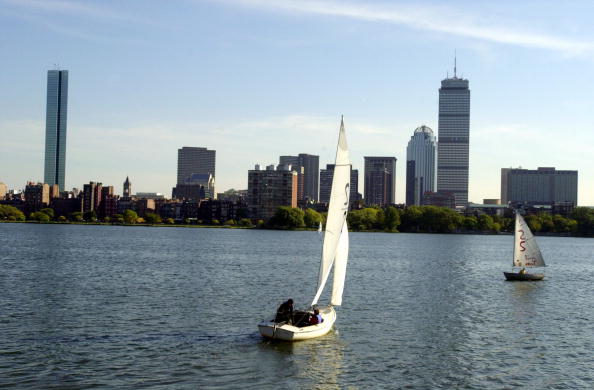 Many might not think that Boston is a city full of spenders, but with a mix of both old and new money—as well as the home of prestigious university’s and a bulk of companies—Beantown is one of the ritziest places in the country. Although people can’t drive their comfortables around with the tops down but four months of the year, with expensive apartments and condos on the water in demand, this Northeastern city is full of money.

Photo by William B. Plowman/Getty Images 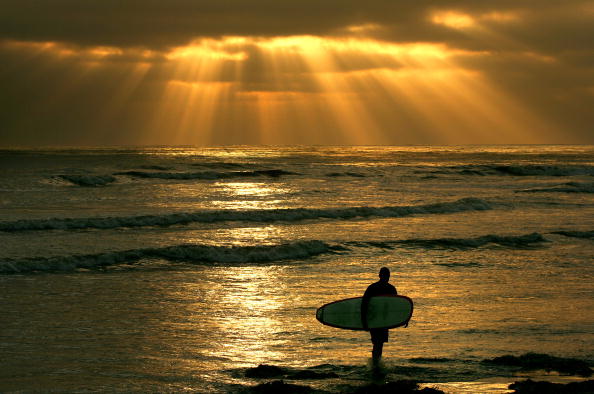 With residents admitting that a salary of just over $101,000 would be most comfortable, you can see that the cost of living for those in San Diego isn’t what it would be in a normal city. With places like Coronado Island and other areas that sparkle with glam, it’s easy to see why those who live in the sun and fun of Southern California like to spend. 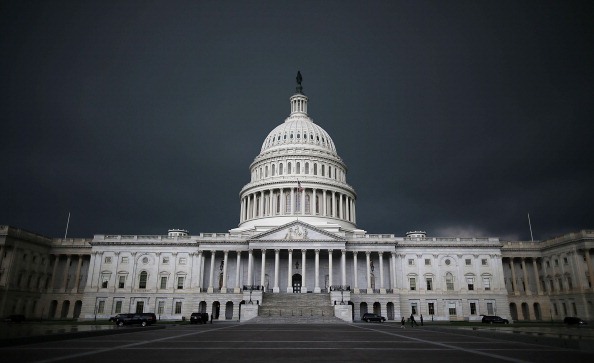 It’s the land of deception and politics, so, naturally, Washington D.C. is a place where people like to have really nice things. It might be a bit more subtle than other cities on this list, but the inner circle in D.C. is extremely wealthy and well-connected, making up a community of millionaires who support each other through fundraisers and other events—all while living in townhouses and being chauffeured around in luxury rides. 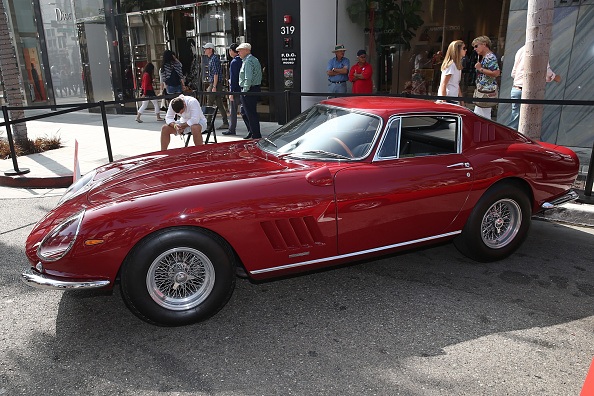 When someone has a Beverly Hills address, many believe that they’ve made it. Whatever that means to them, it usually is due to the fact that they have a lot of money. Like others on this list, once you’re behind those proverbial gates, you have to prove that you belong, with residents keeping up with the Joneses by driving flashy cars and extreme houses. No matter what one’s net worth actually is, living in Beverly Hills has a certain cache and reputation to uphold. 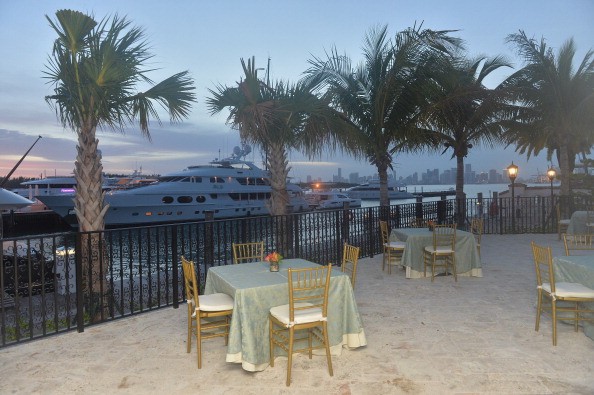 For years, Jupiter Island, FL was considered to be the wealthiest place in the entire country, yet, shockingly, has dipped to No. 2 in recent years. Still, sitting in the top-2 of those rankings means that there’s a heck of a lot of money that’s being spent. With population around 10,000, media home values are $3.4 million, making this place somewhere that ordinary people can’t just call home. 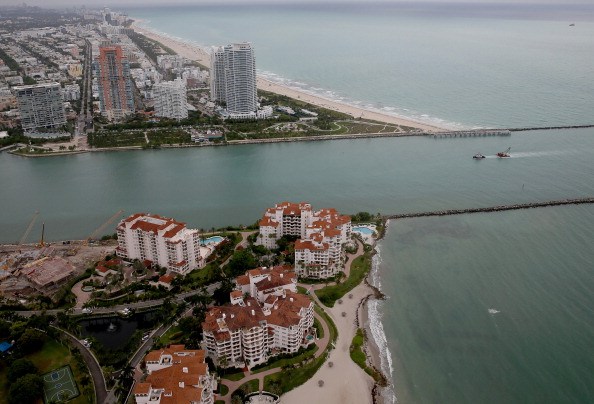 Just minutes, by boat, from Miami Beach, Fisher Island, FL seems like it’s halfway across the globe due to its seclusion from the rest of the city. One of the most exclusive zip codes in the United States, Fisher Island has condos that sell for upwards of $12 million, with the island only being accessed by ferry—assuming you know the right people. So, yeah, there are some nice things going on here. 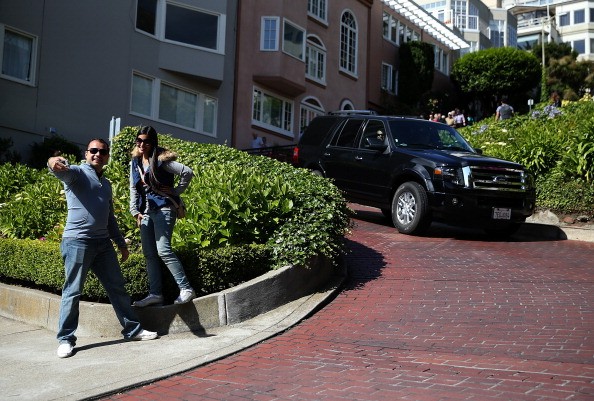 It might be a bit odd to see San Francisco on this list—as residents are typically more reserved than those in Southern California—but, don’t be mistaken, because people here like to show-off just as much. With incredible views of a number of bays and bridges, those who live in mansions on the hills are dropping serious coin to be there, while driving luxury cars around when not enjoying their patio views. With big tech companies located there, SF is prone to big-time spending. 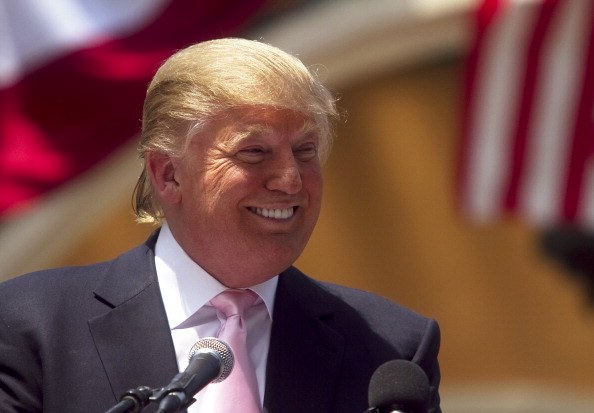 With a blend of both old and new money, New York City has areas where people are some of the wealthiest places on the planet. Homes and condos in the Chelsea area go for millions of dollars, with residents not shy about how much they make, often riding around in luxury cars as their drivers chauffeur them around town. With wealth one of the reasons people want to live in NYC, it’s only common to see it flaunted once obtained. 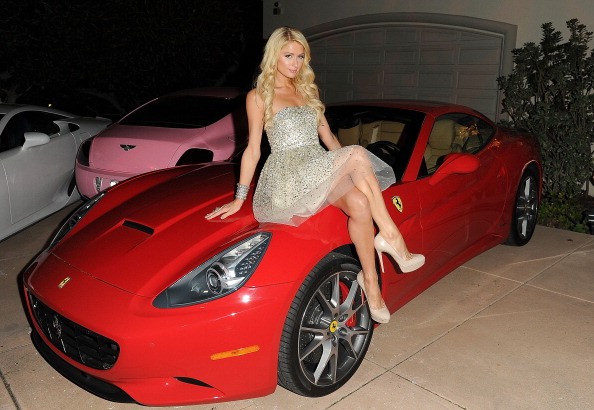 Are you really surprised to see Los Angeles fall atop this list of flashy cities? Probably not, seeing how it’s the entertainment capital of the world where souls can go to die while chasing a dream. Sure, actors, musicians and artists move to L.A. in hopes of getting discovered because they love what they’re doing. But making bank and showing all those people who doubted you is certainly something they like just as much.