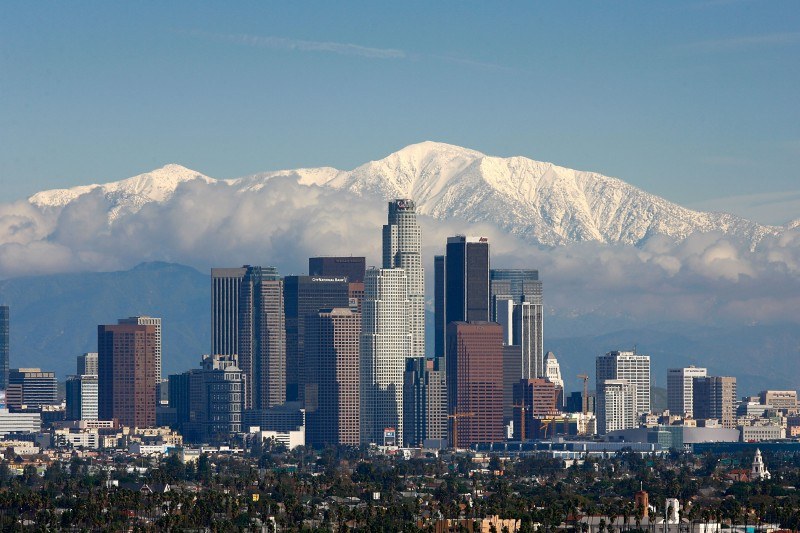 While Los Angeles is mostly known for sunny beaches, pretty people and ritzy areas, like other cities, it has a few areas where it might be unsafe to find yourself either by yourself or at night. With crime constant in every major city, L.A. seems to have its fair share of fatal shootings in a few places that should try to be avoided, so if you’re visiting or new to the city, make sure you don’t find yourself in any of these areas, otherwise you may end up becoming a statistic you don’t want to be a part of.

The name itself might sound welcoming, but don’t be confused with the Green Meadows neighborhood, because it’s pretty rough. Just north of Compton, stats show that it is the 10th most deadly neighborhood of all the 270 counties in Los Angeles, averaging 2.75 killings per 10,000 people and 4.04 killings every square mile. With most coming from gunshots, Green Meadows isn’t the best place for someone to find themselves.

A scary trend that’s occurring in Vermont Vista? A lot of shootings. Rated as the seventh most deadly neighborhood in Los Angeles over a 12-month period, Vermont Vista has seen 3.19 killings per 10,000 people and 4.85 killings per square mile, making it a dense yet deadly area within the city, with each crime happening within a few blocks from each other.

With 158 total instances of crime over a six-month timeframe, L.A.’s Harvard Park has long been one of the most unsafe neighborhoods in the city. Making that stat even more alarming is the fact that its per capita number of criminal activity sits at 145.1, meaning it’s in the upper-echelon of crime in the entire city.

Although small in size—which is largely the reason it finds itself on this list—Mid City in Los Angeles has found itself among other neighborhoods in the city that are becoming more frequent with crime. Another section located in the Central Area, there seems to be a lot going on in Mid City that would restrict crime from happening, but it still averages about 56 monthly incidents.

Located between Santa Monica and Culver City in West Los Angeles, Sawtelle has found itself among the higher crime rates in the city, averaging 57 monthly criminal incidents. While it is described as a mixed, middle-class neighborhood, Sawtelle has some areas where crime has become much more prominent.

Although the overall crime rate isn’t as prominent as others in the city, the Eagle Rock neighborhood has still seen plenty of criminal activity actually increase over the years. With the L.A. Times posting an alert for the rise in violent crimes in the area, homicide has increased by about 50 percent in the area, making it become one of the more dangerous places in the city.

With 99 violent crimes reported over a six-month timeframe, L.A.’s Leimert Park has a per capita crime rate of 80.4, making this an area that is as scary and heavily-populated with crime as any in the city. Located in the central area of Los Angeles, it is surrounded by a number of other neighborhoods that keep those who live and visit on edge.

Listed as one of the most dangerous neighborhoods in the Los Angeles area, Park Mesa Heights has seen crime stay steady for the past several years, a discouraging trend for residents. Averaging 68 monthly incidents, some of the shootings stem from holdups for robberies for cars and in various stores.

Like a few others on this list, Boyle Heights section of the city has been littered with a few gangs, with Hispanic gangs being mostly prominent in the neighborhood. Situated just east of the L.A. river, Boyle Heights has a bevy of gangs that contribute to most of the violent crimes each month and year.

A highly populated area for a number of different gangs in the city, Atwater Village has reported about 82 criminal incidents on average per month, making it an area that should try to be avoided when necessary, especially with as much gang activity and related crime from those specific groups.

Situated against Koreatown and in the Mid-Wilshire district, Wilshire Center might be one of the oldest communities in Los Angeles, but it’s not one of the safest. Not too far from the campus of UCLA, the area reported a monthly average of about 91 monthly criminal incidents.

Located just east of Hollywood, once people find their way into the central area of Los Angeles and on the outskirts of Koreatown, the crime rate becomes a lot more prominent. With 102 average violent crimes over a monthly period, this isn’t for the feint of heart to drive through or stop in.

With an average of 155 criminal incidents per month, Harbor and Harbor Gateway North have some of the most prominent crimes in the Los Angeles-area each month and year. While all of those aren’t directly related to shootings, the fact that they are happening at such a high rate should be alarming to anyone who lives or visits the area.

Aptly-coined “death valley” by a detective in the LAPD, the stretch of churches, liquor stores, mortuaries and low-income housing is one of the sketchiest parts of any city, not just Los Angeles. With 60 people being shot to death since 2007, the violence seems never-ending for those in the Westmont area, specifically along South Vermont Avenue.

According to the L.A. Times, there were a total of 106 violent crimes from mid-July of 2014 until the middle of January, 2015 in Chesterfield Square. With a per capita of 166.1, that’s the highest rate in the entire city, meaning anyone who finds their way into the area should be a little bit more on edge than anywhere else in L.A.