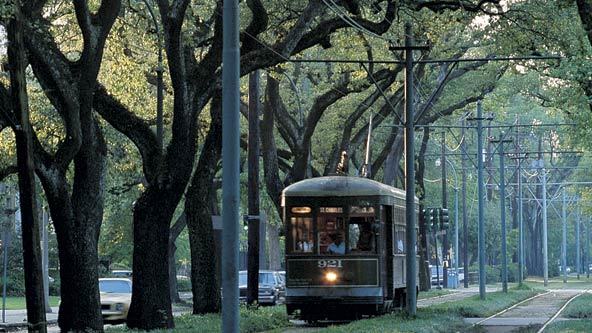 I had the pleasure of attending Tulane University and getting to spend four glorious years there.  I’d be lying to you if I didn’t say it was the best time of my life because it was.  And I fully admit that my time spent there had very little to do with academics and much more to do with a cultural experience that no money could ever pay for.  Being from the Northeast I had the opportunity to experience multiple cultures, foods, and ways of life that I was never accustomed to.  I believe it truly shaped who I am today and I’m forever grateful for it.  Well, except for the part where they told me I didn’t graduate (even though I did) and caused an entire weekend of heartache for me and my family until the mistake was corrected.  But I’m gonna let that one slide Tulane.  The time spent there was just too good to not appreciate.  So without further interruption (and in no particular order) here are 100 things that I appreciated most at Tulane University and living in New Orleans.

1. Bloody Mary’s at Igor’s (or the Superdome)

2. Kicking back at the Levee

7. How it was OK to say “Y’all” even though I’m a Northerner

8. Burgers at Port of Call

15.  Chicken Fingers at the Rathskeller

17.  That all of my friends cars were broken into

27.  Mardi Gras as a Freshman pledge

29.  Seeing Eddie Money in Mississippi – believe me I wouldn’t have done that if not for New Orleans

31.  Any Crawfish boil ever

34.  The old man playing the piano at Lafitte’s

36.  Attending a Monster Truck Rally at the Superdome

39. Riding the trolly on St. Charles to get back to campus

41.  Betting on the ponies at the Fair Grounds

42.  Burgers from the Boot delivered to my apartment

47.  Bid night at the Columns Hotel

54.  Any themed fraternity or sorority party

55.  Driving to Baton Rouge for no reason whatsoever

57.  Beer Selection at The Bulldog

62.  Thrift City for all your costume needs

65.  Whenever I was on Tchouptoulas street

66. House of Blues on Decatur

67.  The size of the roaches in this city

71. Lewis outside the LBC

72.  Taking a picture with Scott Cowen

73.  Fleeing town because of a Hurricane warning

76.  Football at the Superdome

78.  Formal at the Aquarium

79.  The humidity as school came to a close

80.  That Geology was by far my hardest class

81.  Being a northern Jewish person in a Southern fraternity

82.  Anything on Frenchman street

83.  That all the horses in the quarter are really donkeys

86. Going to Metairie for any reason whatsoever

88. Going to the Funky Pirate once

91.  Anything on Magazine Street

94.  The size of the drinks at Johnny White’s

95. When the Red Room existed

97. Making fun of Monroe because Sharp was 100 times better

99.  Having friends then I would never have now