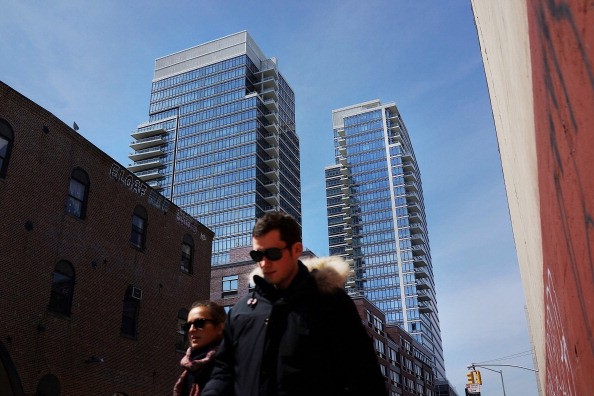 When people think about living in New York City, the ones who aren’t up-to-date might still imagine a place of high-crime like it had back in the ’80s and early-’90s. Although there are still certainly unfortunate instances, things have improved over the past couple of decades. And with the city being the biggest in the world, boasting a number of activities, landmarks and parks, there just isn’t anywhere on the planet quite like New York. For those who either already live here or are looking to relocate, here are the 10 safest neighborhoods to consider, as the city has a ton of little pockets that appeal to thousands.

Just a few blocks from the East River, Tudor City in Manhattan is a small area that’s comprised of just a few blocks, but it has a lot going for it. In addition to the river, the neighborhood is just steps from tourist attractions and the downtown nightlife. While many might think that would bring high crime, Tudor City is the opposite, as it has a nice family-like feel that makes it a great option in the middle of the city.

There are varying opinions on Queens, but, as this list will show, it has some of the safest neighborhoods in New York City. One of those happens to be Fresh Meadows, which is a community of about 14,000 people who make it one of the best places to live in the city. Situated between three major highways, Fresh Meadows has a charm about it that appeals to those who live there, giving them a number of activities without being at risk.

Not only are the Guggenheim Museum and Central Park just steps aways from New York’s Carnegie Hill, but the crime rate in the neighborhood is close to the lowest in all of the city. One of the ritziest parts of Manhattan, it’s probably not surprising, as median income is close to $185,000 per household, making it both exclusive and affluent.

The first of a few neighborhoods located in the Bronx, City Island isn’t the biggest area in the city or most populated, but tanks to how compact it is, it’s one of the safest places in the Big Apple. With less than 4,500 residents the island—which is divided between Eastchester Bay—tree-lined streets and a strong community makes this a terrific place to call home.

Situated on a small strip between the Broad Channel and Lower Bay, it’s no wonder people enjoy living in Belle Harbor in Queens. Quite exclusive with a high median income and off the beaten path, Belle Harbor has withstood a number of national incidents like the crashing of American Airline Flight 587 in 2001 and devastation from Hurricane Sandy in 2012, but has persevered through it all to remain both safe and clean, making for a great neighborhood.

There are about 7,900 people who call Battery Park City home, making it an exclusive feel right in the heart of Manhattan. With a median age of about 35, it is where a lot of young professionals have made their way to call home, as it’s on the outskirts of both the Financial District and the trendy Tribeca neighborhood. Fairly quiet for being in the epicenter of the Big Apple, Battery Park City is a safe and close to everything, making it a desirable destination to live.

Located right up against the East River, the Beekman neighborhood in Manhattan has a tremendous view no matter where someone is. Tree-lined streets give the feel of a tight-knit community, allowing those to walk on sidewalks and relax in nearby parks quite comfortably. With about 15,000 residents in the area, the area is tiny yet united, making it one of the safest places anyone can call home while in New York City.

Situated nicely between highway 678 and Powell Cove in Queens, Malba is a quaint neighborhood that has more of a community feel than one might imagine an area in New York City could have. With a nice blend of nationalities and a handful of historic landmarks, those in Malba might live quite simply, but they also enjoy living in a spot where crime is extremely low.

One of the safest neighborhoods in the entire city of New York, Sutton Place has a population of just about 7,300 people and occupies a small portion in terms of size, but that helps it remain safe and compact. A median age of 58 makes Sutton Place established and lacking nightlife or commotion. Lined with trees, this is a great area for anyone to call home when enjoying all that the city has to offer.

With just over 2,500 residents on Roosevelt Island, it might be a smaller neighborhood in the Big Apple, but it has a lot going for it. Sitting on the East River between the Upper East Side and Astoria, it is often overlooked when considering an area to live because it’s so secluded. For that reason, though, it happens to be one of the safest places in the city, with a crime rate substantially below the national average. How good is life on Roosevelt Island? They don’t even have a sheriff in town because crime is so minuscule.