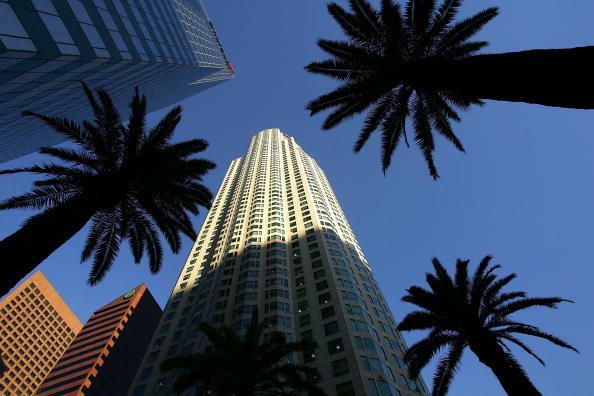 The city of Los Angeles is littered with a handful of different areas that make the scene one of the most eclectic and unique in the entire country. For that reason, it’s no wonder why L.A. isn’t only the second-largest town in the U.S., but also has plenty of people who swear by the good that is going on there. While no city is ever perfect—and La La Land has its fair share of high-crime areas—there are spots where buying or renting is about as pristine as possible, offering a number of things for residents to do and see. Whether you’re thinking about moving or just visiting and need an Airbnb to rent for a weekend, these are the spots to consider, as they’re the 10 safest neighborhoods in Los Angeles.

Relatively cheap—a 1-bedroom is typically about $1,000—that’s not the only benefit that Reseda gives its residents. That’s because the violent crime rate is 18.2 per 10,000 people, making it easy for those to run or bike on any of the number of streets in the area. A favorite of the film industry thanks to its abundance of parks and a community feel, Reseda might lack the flashiness and hipness of other places on this list, but it’s quiet and safe, making it for a great area to raise a family.

Hands-down, one of my favorite places to visit in the entire city, Echo Park has earned the distinction of being the “it” place in Los Angeles lately. Much like a few other spots around town, the area has walking parks, a bustling nightlife and areas for residents and visitors to just hangout and take in the California sunshine. With a violent crime rate of 17.6 per 10,000, there’s also a peace of mind that you’ll be left alone in most places you go. Another plus is the median age, 30, which makes Echo Park young and thriving.

One of the biggest neighborhoods on this list, Carson might have about 93,000 people, but it’s not overtaken with violent crime. Evidence of that comes from a crime rate of 16.6 per 10,000 people, with a good mix of backgrounds calling the area home. With the city’s soccer team—the MLS’ L.A. Galaxy—occupying Carson, they are just one of the local attractions for residents to enjoy.

One of the hippest and most up-and-coming spots in the entire city, Silver Lake is home to a mix of creatives and, typically, entrepreneurs. It’s not uncommon to run into a few stars in different areas of the neighborhood, either, with a number of them hanging out at one of the local coffee shops or restaurants without being bothered by the locals. With a laid-back attitude, it’s not surprising to see Silver Lake’s violent crime rate is just 13.1 per 10,000 people.

With a violent crime rate of just 10.5 per 10,000, Studio City might best be known for being the home of CBS, but it also happens to be one of the safest places to live in Los Angeles. With a population of about 40,000, the neighborhood might lack diversity in comparison to other spots on this list, but it’s not lacking in activities, with a number of parks within walking distance and historic landmarks that are easily accessible.

Situated on the westside of Los Angeles, the Sawtelle neighborhood has a lot going for it that makes it appealing to its 39,000-plus residents. With decreased gang activity over the past couple of decades, the area has grown into one of the safest in the city, with a reported 8.5 violent crimes per 10,000 people. A good mix of big and small businesses make Sawtelle a place that should be considered for those looking to move to the city.

Located in the San Fernando Valley, Sherman Oaks is one of the most affluent neighborhoods in the Los Angeles area. With a reported 65,000-plus residents—many of which are pretty well-off financially—the only downfall might be that the Sherman Oaks is annually among the highest in divorced rates. Still, with a violent crime rate of 8.4 per 10,000 residents and average rent of a 1-bedroom apartment at $1,400, it’s both safe and, comparatively, affordable.

The name might be best remembered from some children of the ’90s because of the cult classic movie Encino Man, but the neighborhood is actually one of the best spots to set up shop for anyone trying to settle down in L.A. Located next to the aforementioned Sherman Oaks, Encino is much smaller—with a reported 42,000 residents—but it is still just as safe, as the violent crime rate is around 8.3 per 10,000 people.

Situated in the Northeast region of Los Angeles, Temple City might be a bit off of the beaten path, but that shouldn’t deter it, because it’s a great spot to visit or live. With a rapidly growing Asian population blended in with Caucasian and Latin people who have been in the neighborhood since it was founded in 1960, Temple City has a lot to offer like street festivals and markets, with a handful of others in the city coming to join in on the experience. With a crime rate of 5.1 per 10,000, Temple City is also very safe.

Based off of statistics, the Mar Vista neighborhood of Los Angeles is the safest place in the entire city, averaging just 4.8 violent crimes per 10,000 residents. While that’s a definite plus for those who live there to hear, with a median age of 35, it’s both lively and hip enough without falling into the cliche parameters of nearby neighborhoods like Santa Monica and Venice Beach—yet are still close enough for a quick trip to the ocean. With a lot to offer, the 38,000 residents must feel as if Mar Vista is a little bit of heaven in Los Angeles.