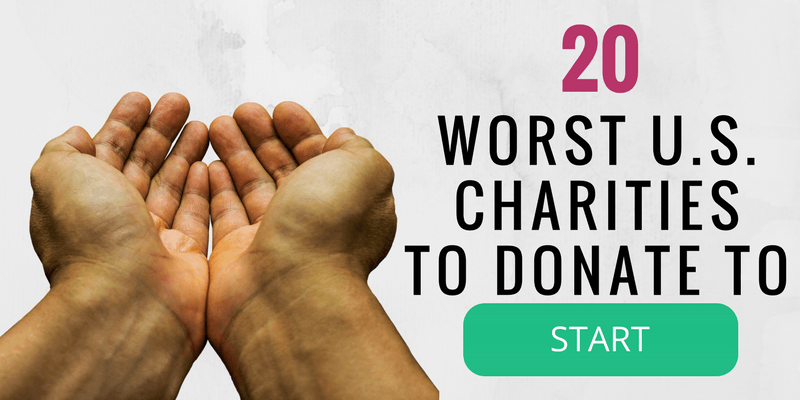 Every year good-hearted Americans donate billions of dollars to charities across the nation. After the money is donated most of us assume that the donation will be handled by equally good-hearted people and benefit the cause at hand. Unfortunately this is not the case. Each year millions of dollars that are donated to charities are mishandled and misappropriated by those trusted to handle and manage the organization and its finances.

Some of the worst offenders donate only a small fraction of donations to the causes that they represent. The rest of the money finds itself in the pockets of company executives and for-profit counterparts. Moral of the story, if you are feeling philanthropic, make sure you do your homework and research the charity that you are thinking of making a donation to. For starters, you can check out this list that details the 20 worst charities to donate to, and avoid giving them your money at all costs! 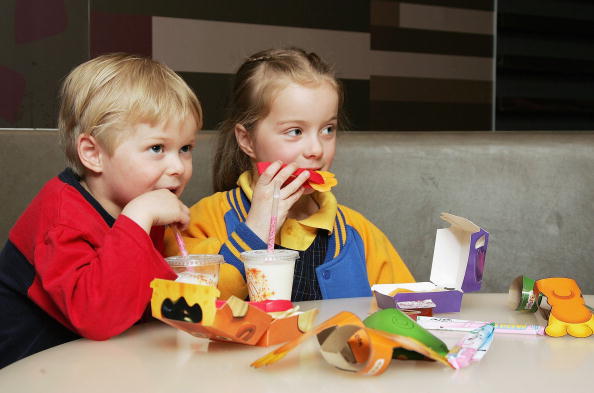 This bogus charity accepts donations, promising to support children with terminal cancer and illnesses. Sadly only 3 percent, of the millions of dollars that they raise annually, ever actually makes its way to those children or their families. Their website is designed to look exactly like the Make-A-Wish foundation (a highly reputable and above board charity) so the donator mistakenly give funding to the wrong foundation. Outside of that 3 percent, much of the rest is used for absorbent salaries and funding other businesses that solicit donations to the charity. 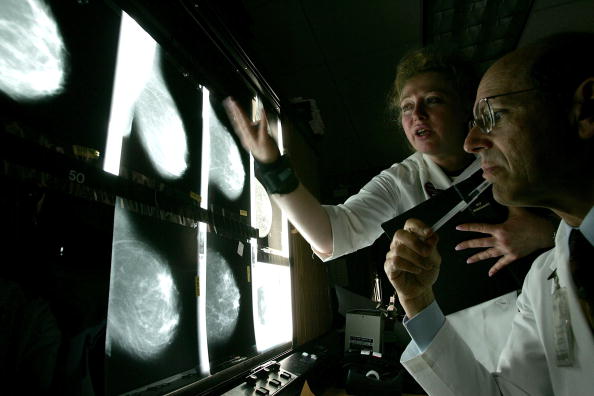 This is one of several shameful foundations run by the same individual and his family and friends; James T. Reynolds. Reynolds, who claims an annual salary of $230,000, operates this charity and several others on this list, claiming to raise money for cancer research and to financially support families of cancer patients. Only 2.5% of monies raised actually make it into the pockets of beneficiaries. The better business bureau cautions against donating any money to this “sham charity” or any others run by the Reynolds’s family. 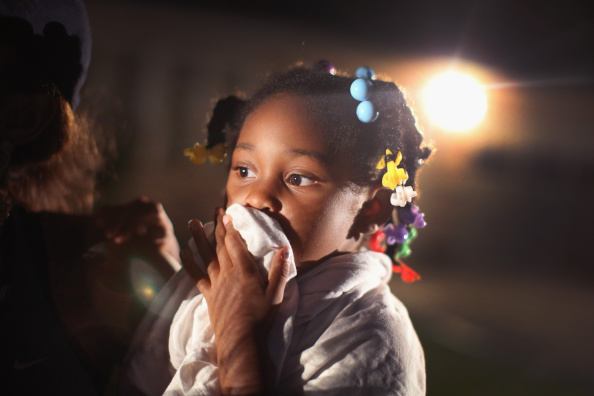 Here is yet another phony charity looking to make their dime by piggy-backing on the good name of the Make-A-Wish foundation. Just like the Kids Wish Network, this organization, run by Linda Dozoretz, tricks donors into thinking their money will be helping children dying of cancer, when next to none actually makes it to take cause. Most money raised is spent on solicitation and executive salaries. 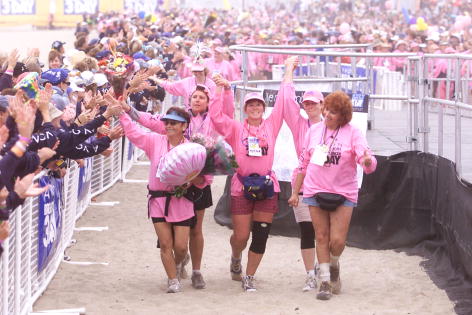 Started by Phillis Wolf in 1997, this has been labeled as one of the worst charities in the country for over a decade. It receives only a 2 out of 4 stars by Charity Navigator. Their mission claims to provide health education and free breast exams for women. However, very little evidence of it providing these services to women has surfaced. 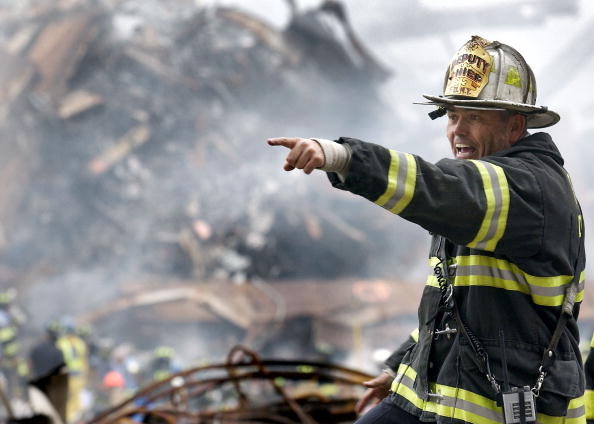 This organization claims to provide financial assistance to families who have been affected by fire or disaster. There is no record of families ever receiving help from this organization and it receives a deplorable 0 out of 4 stars by Charity Navigator. According to a report, almost 90 percent of monies raised is appropriated to fundraising expenses. Either they are incredibly inefficient at fund-raising, or there is some major misappropriation going on. Regardless, don’t give your money to this charity. 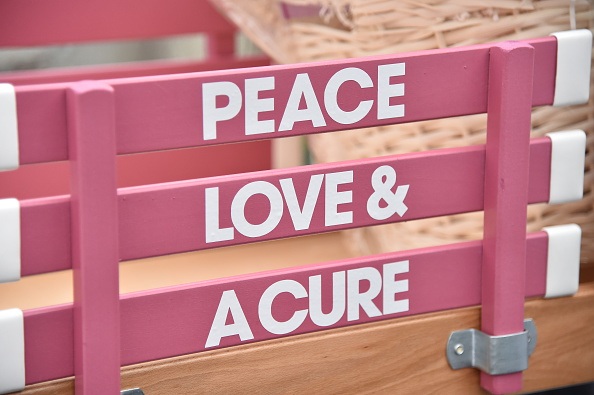 According to the IRS this is one of the most wasteful charities in the nation. Reportedly, only 2 percent of their earnings actually makes it into the hands of women with breast cancer, or the hospitals that treat them. The organization reports that they send millions of dollars of medical equipment to third world countries in Africa, however there is no actual evidence that these donations have been made. 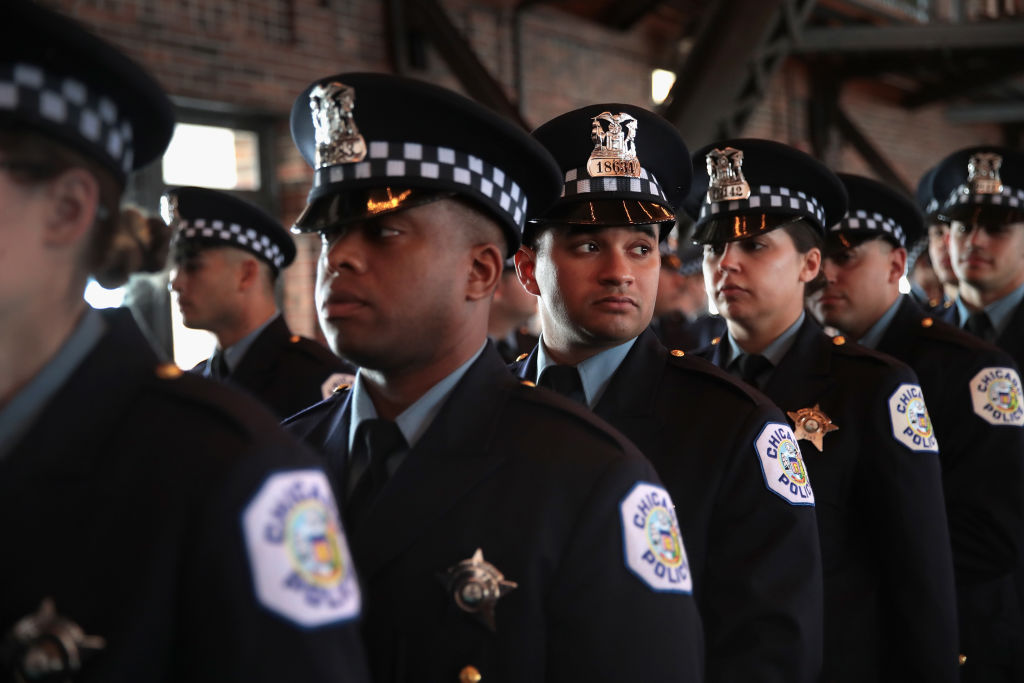 This foundation, which operates out of Sarasota, Florida hires skilled telemarketers to do most of their fundraising. Telemarketers tell donors that their contributions will be used to aid families of police officers killed in the line of duty, when in actuality, less than 1% of contributions make it to those families in need. 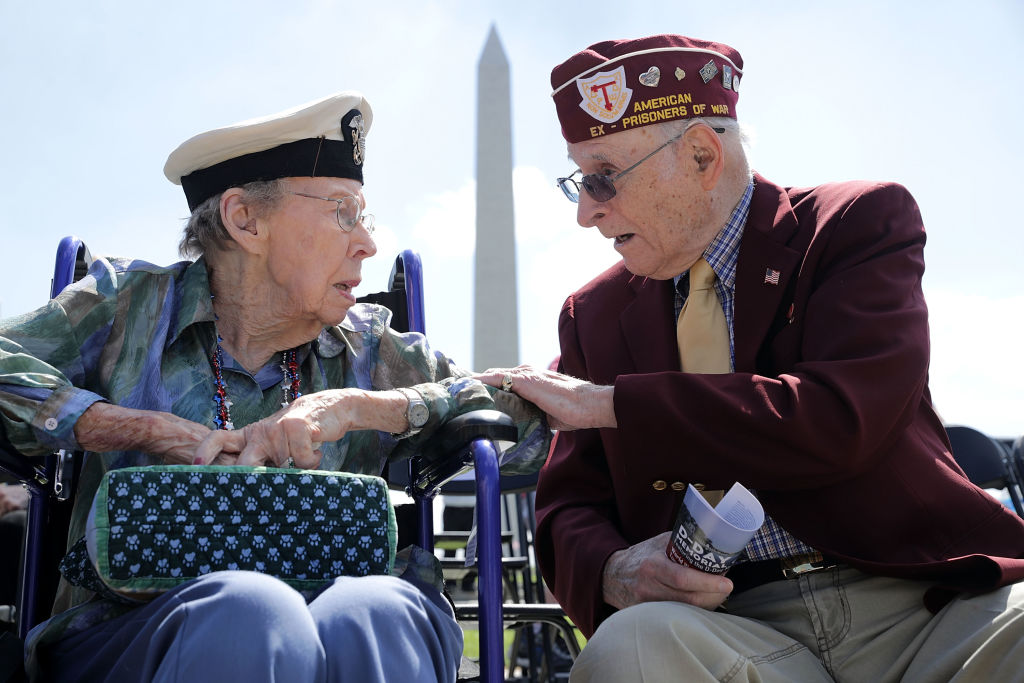 Philip Kraft is the president of this charity. He claims that money collected primarily through telemarketing and direct mail soliciting is donated to veterans struggling to make ends meet. He boasts that they provide health care resources, wheel chairs, and assistance with groceries to veterans and their families in need. However, according to the IRS, the only donation that can be linked to the charity’s name is a donation to a hospital for birth defect. According to Kraft, the discrepancies lie in the cost of fundraising, which he claims is incredibly costly and consumes most of their donations. 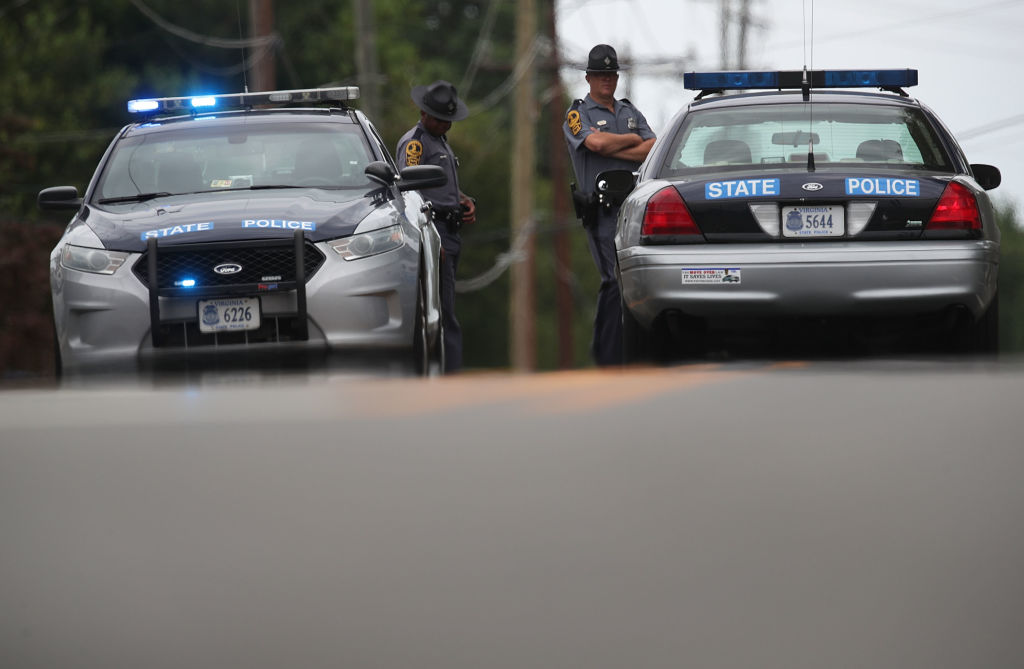 This non-profit states that its mission is to provide retired police officers with low-cost, affordable life insurance. In 2011, professional fundraisers solicited close to 3 million dollars from individuals across the nation. 80% of the money raised stayed in the pockets of those for-profit professional fundraisers. Of the remaining money only between 9 and 14% reached the retired state troopers. In this same year (2011) executive director Ken Howles reported a salary of $87,000 to the IRS. Since it’s founding the company has been disciplined five times because solicitors have misrepresented the foundation’s intentions. 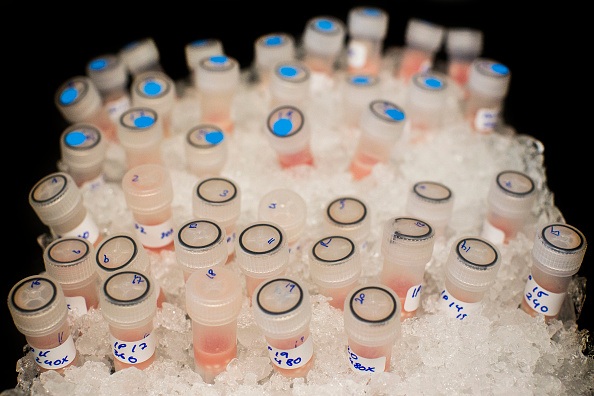 Here is another charity, operated by the Reynolds’s family, claiming to be raising money for cancer. The charity is officially operated by Rose Parkins, who was married to James Reynolds on two separate occasions. As with all of the Reynolds’s family charities, only a very small fraction of their proceeds ever reaches any charitable causes. In 2011, according to the IRS, Rose Parkins received a salary of $227,000. The amount of money that her foundation donated to charity was only slight larger than the sum of her salary. They claim to have donated medical supplies to developing areas of the world, but there are no records showing that ever took place. 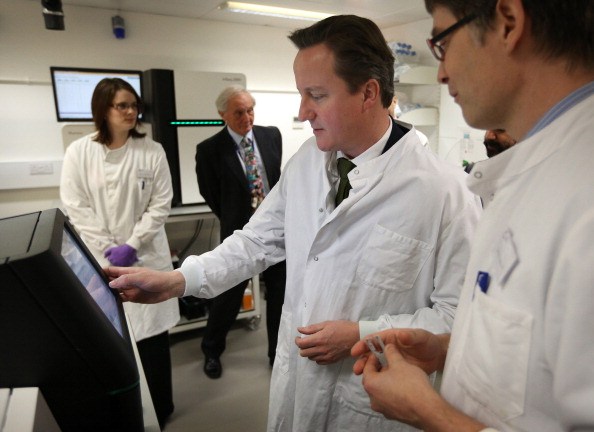 According to their mission statement, the Children’s Cancer Recovery Foundation aims to provide assistance to families in which a member under the age of eighteen receives a cancer diagnosis. This is one of eight bogus international charities founded by the same man, Greg Anderson. The charity uses a unique tactic that allows them to write off soliciting calls as charitable donations on tax paperwork. The organization trains its private sector solicitors, which receive 80% of their annual profits, to talk about preventative measures that individuals can take to lessen their chances of a cancer diagnosis. This enables them to earmark the majority of their soliciting calls as charitable work. 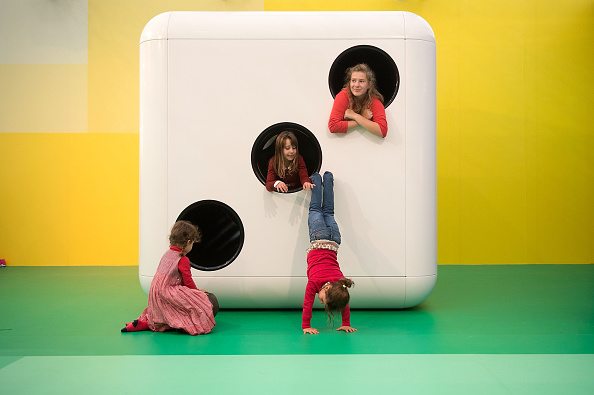 This charity claims to be providing funding to youth education programs, such as those that prevent drug and substance abuse, as well as health and fitness. The organization, however, has some very shady operational procedures, collecting donations under more than one charity name, including the “Children’s Dream Network.” The vast majority of the annual donations find their way into the pocket of the executive director, Rick Bowen. Bowen pays his own production company hundreds of thousands of dollars annually to produce videos entitled “underwater diving adventures.” These videos provide no mention of, or benefit to any educational programs benefiting youth development. 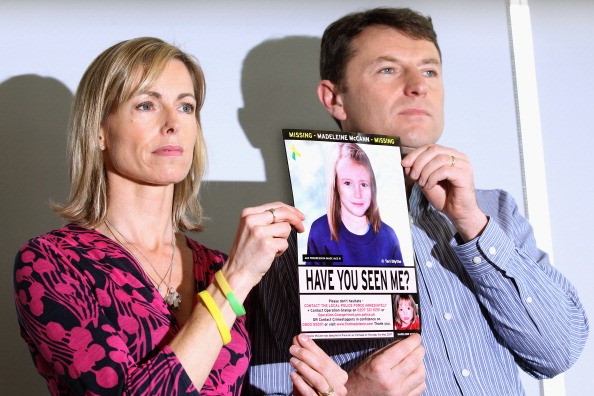 Due to their absorbent fundraising costs, the Committee for Missing Children receives a 0 out of 4 stars by Charity Navigator. The organization’s mission statement is to return missing children to their parents. Their main tactic seems to be simply distributing photos of children who have been missing to various parts of the country. Only 2% of their total profits are actually donated to the cause that they claim to support. Director, David Thelen, claims that critics fail to take into account the endless hours of time spent talking with and counseling the families of missing children and that this accounts for a large portion of their expenses. 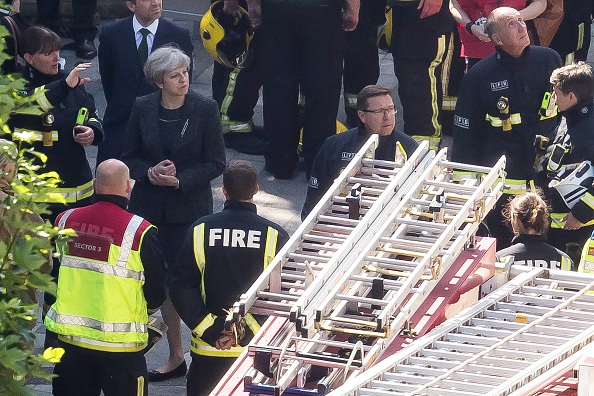 Association for Firefighters and Paramedics

In 2009 twelve charities were brought under scrutiny by the, then, attorney general of California. The Association for Firefighters and Paramedics was on the top of their list. They were accused of using deceptive tactics to raise money for their organization, and for lying to donors about the use of raised monies. The organization claims to provide financial support to firefighters and paramedics that are burned or injured in the line of duty, when in reality the vast majority of annual donations is spent on executive salaries and lavish vacations. 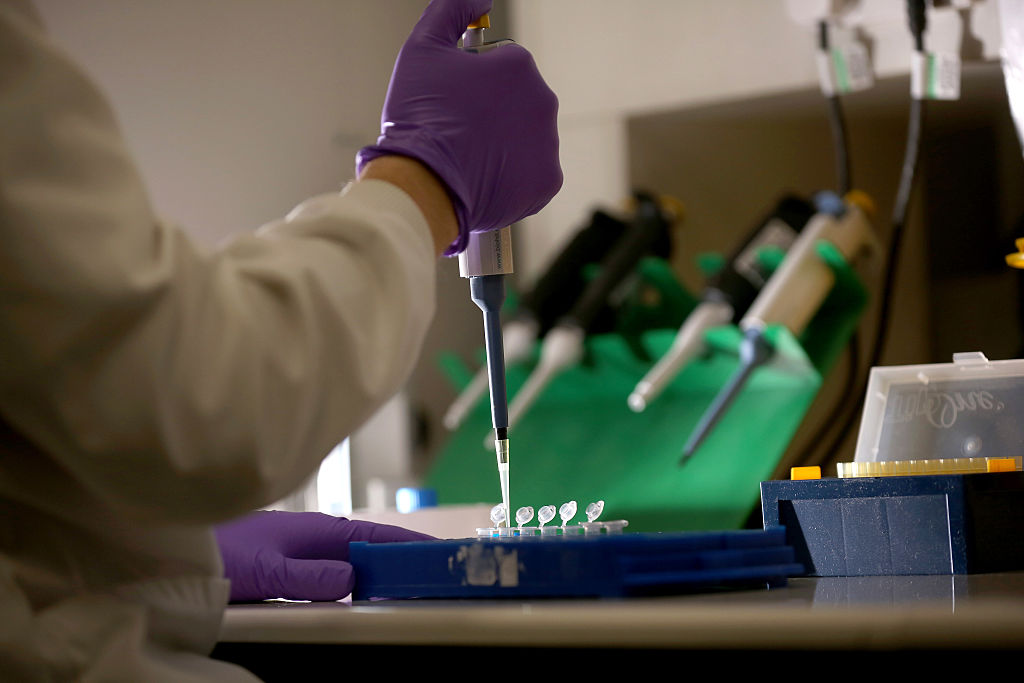 This Florida-based organization touts the noble cause of raising money to increase public awareness about alternative treatments for life-threatening illnesses such as cancer, Alzheimer’s disease, and diabetes. They claim to fight for this cause by providing lobbing funds to congress. However, its headquarters is located in a tiny storage unit and the foundation has donated less than $3,000 to lobbyists fighting for the cause. It should be noted that Project Cure, Florida, is not associated with Project Cure in Colorado or Ohio, both of which pass the test as above-the-board charitable organizations. 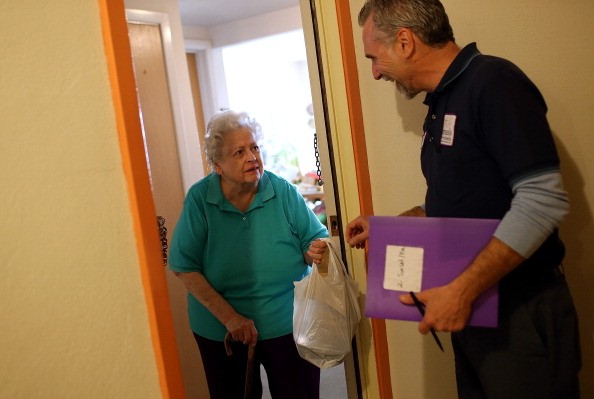 The National Caregiving Foundation claims to do a lot of great work, but there is little evidence of any of it actually taking place. Their list of causes includes providing scholarships to individuals pursuing careers in cancer and diabetes research, distributing information about “caregivers support” to the public, providing Alzheimer’s education kits, and running an assisted living facility for the elderly. While director, Joseph Salta, earns $130,000 annually, only about 3% of donations reach the long list charitable causes that they claim to support. In fact, the assisted living facility that they claim to run in not mentioned on their website and has never even been physically located. 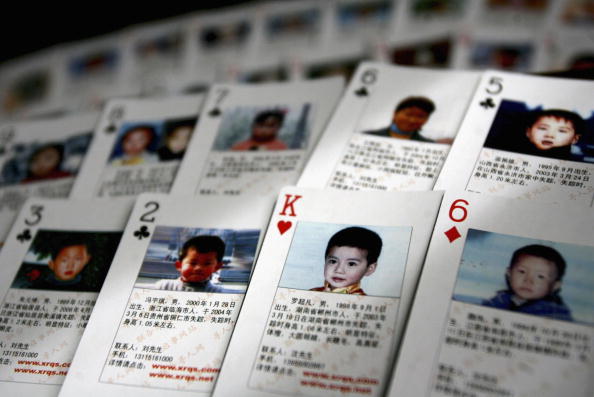 Run by the husband and wife team, Mike and Melody Gibson, this organization spends 82% of their earning on soliciting funds. The charity, which asserts that they help families with missing children under the age of eighteen, uses the tactic of training their solicitors to ask potential donors to post pictures of missing children in their community. This strategy enables them to claim their solicitations as charity work on their taxes and earnings reports. It is also reported that the solicitors have lied to donors about the amount of money donated to the charitable causes that they support, leading to settlements in both Florida and Iowa, which prevented them from telemarketing in those states for several years. 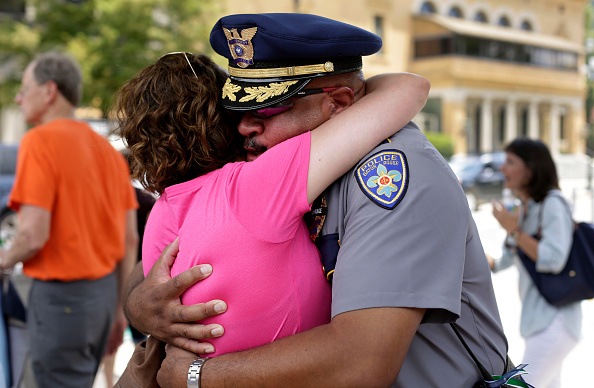 This organization has a laundry list of penalties and fines for deceptive fundraising practices. They have paid over $200,000 to the states of Texas, Florida, and Iowa in settlements. The organization’s mission is to provide funding to train police officers, to provide assistance to families of fallen officers, and to provide equipment to rural police forces with little funding from local municipalities. Currently the foundation’s headquarters are located in Virginia and the director is unresponsive to phone calls or emails. It should be noted the company headquarters had to be moved from Texas due to their poor practices. 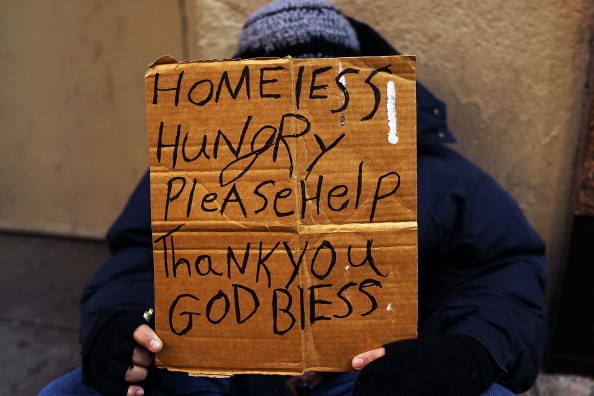 Vietnow claims to support our country’s Vietnam veterans by assisting those who are homeless, struggling with mental illness, and seeking college degrees. However, like many other organizations on this list, the majority of the money that they raise is spent on salaries and professional solicitors. Only 3% of their donations were actually spent on supporting Vietnam veterans. 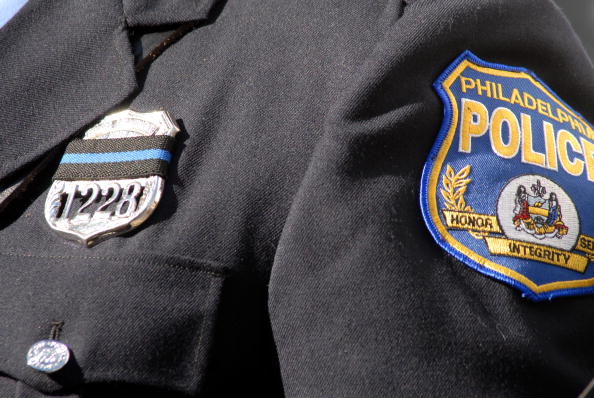 The police protective fund is one of three non-profit organizations launched by David Dierks and Phil LeConte in the last two decades. All three organizations claimed to support police officers. Currently the Police Protective Fund is the only one still in operation. The other two were forced to dismantle when they became scrutinized for their poor fundraising practices. Of the money raised by the Police Protective Fund in the last five years, only 0.7% has benefited police officers. The remaining funds were paid as salary to the directors and to private solicitors.