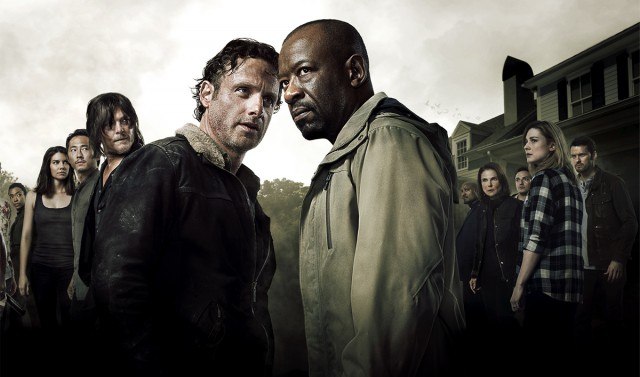 Based on the comic books written by Robert Kirkman, The Walking Dead TV series has gone onto become one of the most popular TV shows to come from the AMC network. First aired on the night of Halloween in 2010, ratings for the show have soared, with the season four opening bringing in over 16.1 million viewers internationally. The Walking Dead phenomenon also doesn’t seem to be going away any time soon with executive producer David Alpert already hinting that there could be up to ten seasons, saying that he already has a good idea of what season ten will be like.

Not just that, but Alpert has also stated that he would more than happy to help fund the show if it managed hang on, and get to have both a season eleven and season twelve.With the season seven teaser trailer for The Walking Dead recently released, you’re probably wondering what else there is to possibly know about your favorite TV show, well help is on the way, as below are twenty things you probably didn’t know about The Walking Dead. 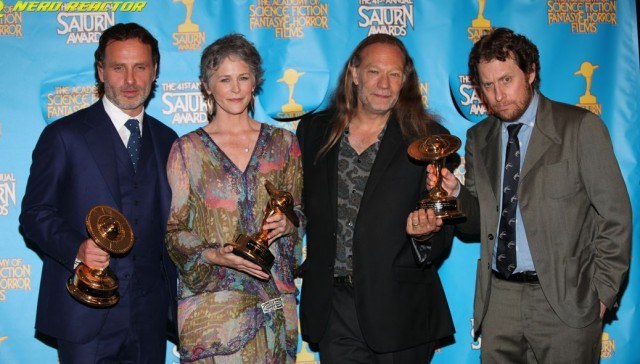 1. The show has never won a Golden Globe

Even though the show has gone onto win 48 awards, including The Saturn Award for the best horror television show, and The AFI award for Television program of the year, The Walking Dead is yet to win the prestigious Golden Globe award. In 2011, the show was nominated for a Golden Globe for Best television series, but unfortunately the show lost out to HBO’s Boardwalk Empire. Maybe the show will win one next year, who knows? 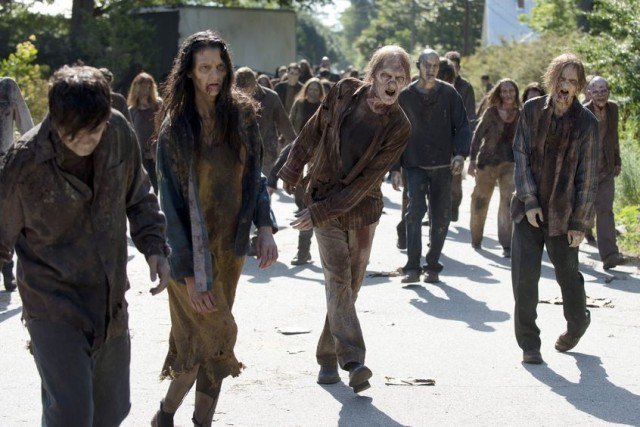 2. The zombies are decomposing more over time

If you didn’t notice over the last six seasons of The Walking Dead so far, the zombies, otherwise known as the ‘walkers’ have decayed more and more over time. For example, in season one the zombies’ clothes are still intact, with many passing as normal humans, however, by season five the skin of the walkers have deteriorated, with the zombies looking more frightening than ever. The rate of decomposition is said to create continuity within the show, with many fans praising the show for ‘their attention to detail’ in ensuring the walkers evolve over the time of the show. 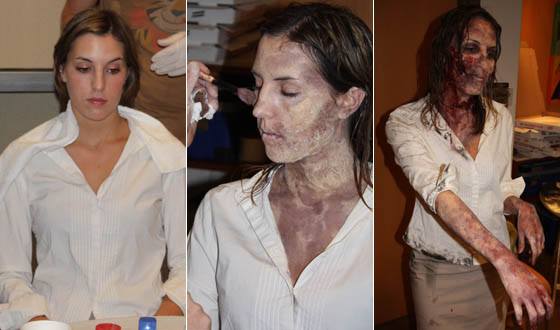 3. The word zombie is never said on the show

One of the most surprising facts on this list, due to the nature of the show, the characters have never called the zombies ‘zombies’ and have instead opted to call them the ‘walkers’. According to Robert Kirkman, the characters do not say the word ‘zombie’, because they don’t have any knowledge of the concept of the zombies often portrayed in popular culture, therefore these creatures are completely new to them. However, this is a different approach compared to the original comics, where the word ‘zombie’, is used quite a fair bit through out the comics. 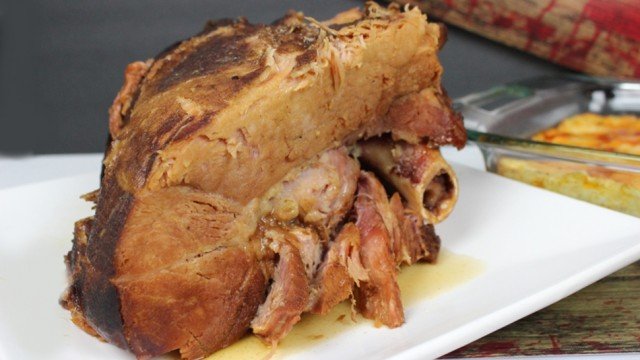 Whenever you watch a scene in the show where the walkers are feasting themselves on flesh, they’re actually eating huge slices of ham.  In earlier seasons of the show, the props masters would cover the ham in barbecue sauce to make the taste more bearable to the zombie extras. But the show hasn’t just used ham to act as real life flesh in The Walking Dead, raw uncooked chicken, covered in prosthetic blood, has also been used as a flesh substitute, which one extra said nearly caused him to ‘wretch’ in a Reddit post. 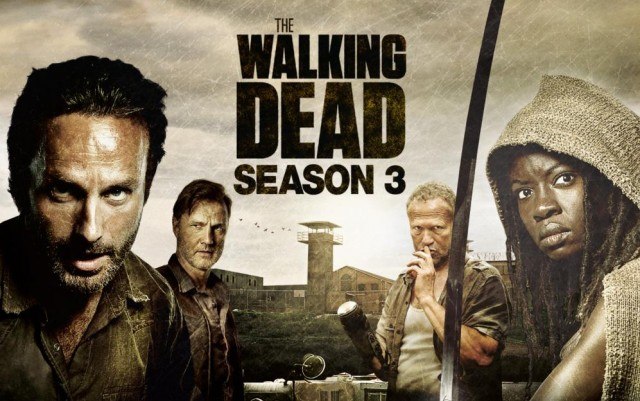 5. The season three death toll was caused more by the living

On season three of The Walking Dead, more than thirty two deaths occurred on the show, many of which were actually caused by the living cast rather than the actual flesh eating walkers themselves. Notable deaths caused by the characters themselves include, The Governor shooting Brady multiple times, and Maggie stabbing Warren in the throat. 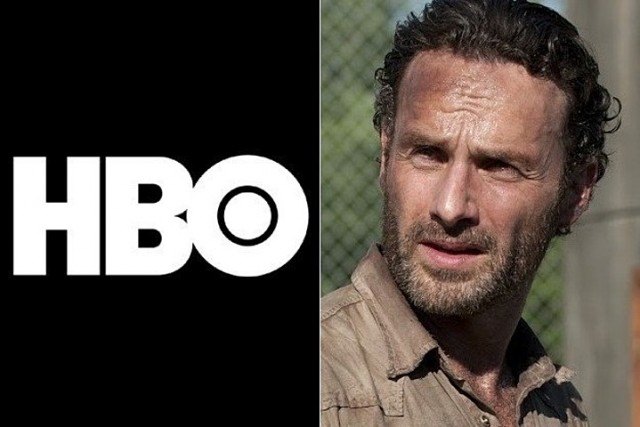 6.  HBO turned down the show

When producer Gale Ann Hurd approached executives at HBO in hopes that they would pick up The Walking Dead, they were willing to take up the show on the condition that the show would be less violent and graphic in its use of gore. Due to this, Ann Hurd declined the offer and went onto successfully get picked up by AMC, who were fully supportive in the violent and graphic aspects of the show. 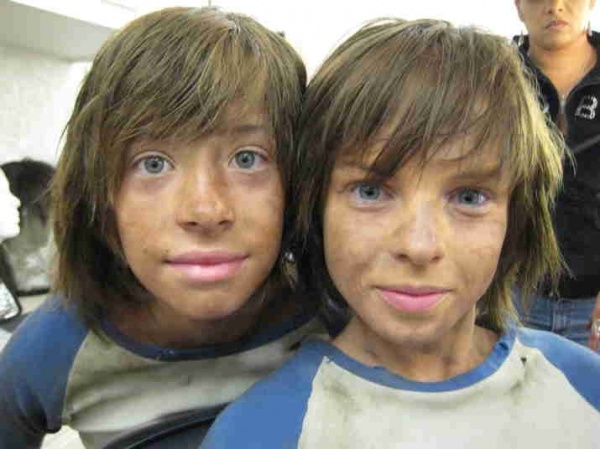 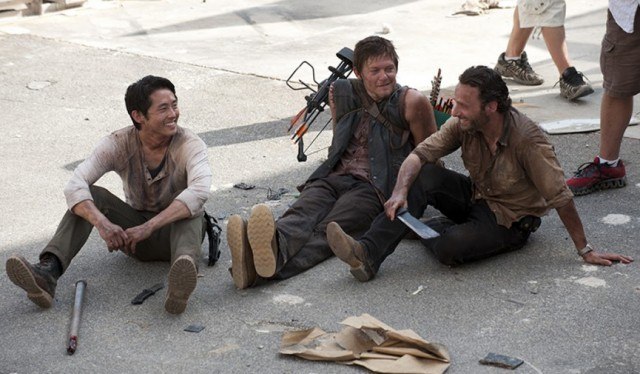 According to a Reddit AMA, whereby a user claimed to have starred as a walker on The Walking Dead, the zombie noises are added in after filming has been completed, though many of the stand ins did moan regardless of that fact, in order to make their acting performance more realistic. 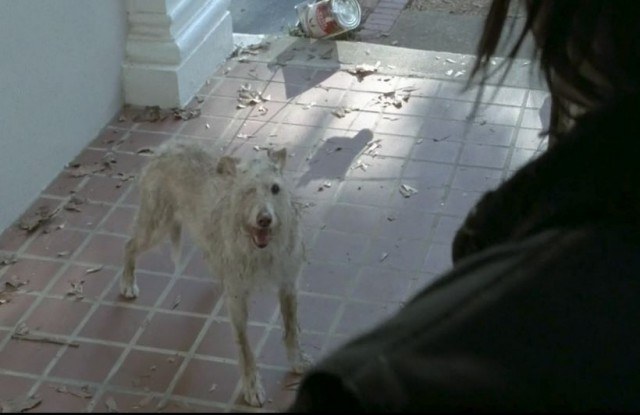 9. The one eyed dog is a real life hero

Dooley, who plays the role of the one eyed dog in The Walking Dead is in fact a real life hero. Dooley had lost his eye after trying to protect his owner from a car jacker, and certainly makes us fans forgive him for setting off the noise traps that caused Beth and Daryl to run into a hoard of flesh eating zombies. 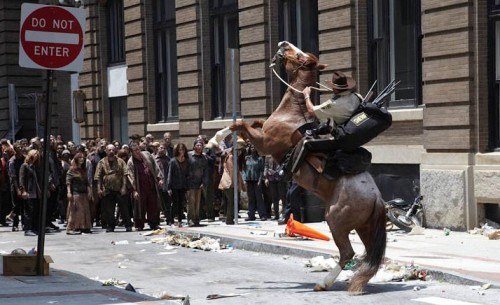 10. The swat team was called during the pilot

When the pilot for the show was being filmed, neighbors called for a SWAT team after Merle Dixon (whose played by actor Michael Rooker) was suspected by the neighbors to be a sniper. When the SWAT team did arrive to the set, they soon realized that the actor was not really a sniper, with no formal arrests being made to anyone on set, and filming able to carry on as scheduled. 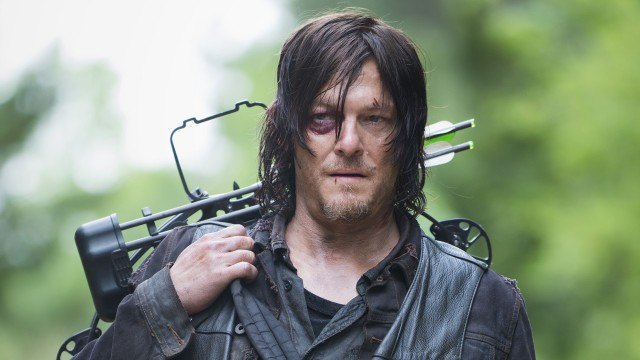 11. Daryl was written in for Norman Reedus

Actor Norman Reedus had originally auditioned for the role of Merle Dixon, but unfortunately he lost out to actor Michael Rooker and didn’t get the part. However, the producers were so intrigued by Norman’s audition that they decided to create the role of Daryl, just so Norman Reedus could appear on the show. This isn’t the first time that the producers have written in characters that weren’t in the original comic books, with Merle’s brother and Sasha also being characters exclusive to the TV adaptation. 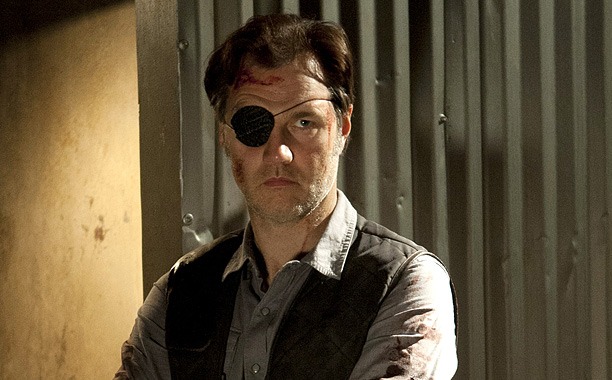 12. The Governor is actually British

Although The Governor sports a Southern American accent, he is actually played by British actor David Morrisey, who is also widely known for his roles in Blitz and Doctor Who. David Morrissey even went onto to say in interviews that in order to perfect his southern accent, he listened to the people around him very closely while in Atlanta and took him some time before he developed what he describes a ‘soft southern accent’. But David Morrisey isn’t the only British actor on the show, with Tom Payne, Andrew Lincoln, and Lauren Cohen having also played parts on the show. 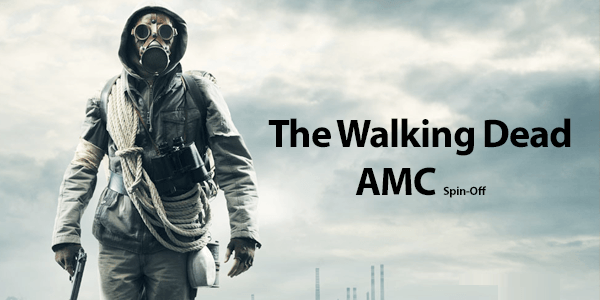 That’s right, if you simply can’t get enough The Walking Dead then you’ll be excited to hear that Robert Kirkman has announced a spin off to the show which is estimated to come out in a few years time. The premise of this spin off is said to be quite similar to the original, operating in the same universe, and the cast having to ward off the many walkers they may discover lurking in their path. However, the spin off will follow an entirely different cast and will not follow the same story lines that the comic book follows, in order to allow Robert Kirkman to have complete creative control over the new endeavor. 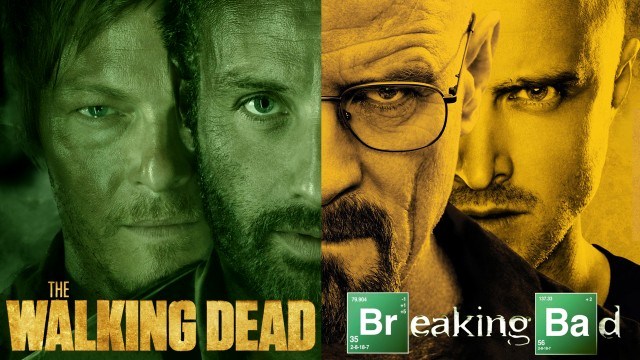 14. There’s a theory Breaking Bad occurs in the same universe 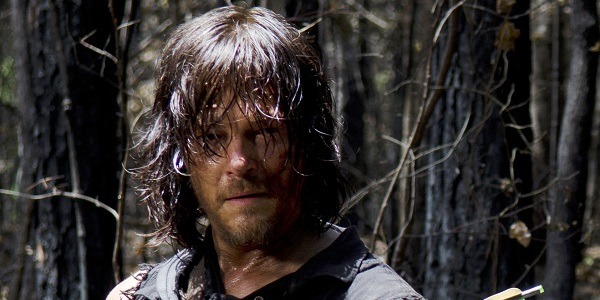 Since Norman Reedus took to the role of Daryl, his character has become one of the most popular characters among the fans, but in an unlikely turn of events it wasn’t just the fans that were sending Norman Reedus weird gifts, but the co stars themselves. In an interview, Norman Reedus revealed that Scott Wilson, who played Hershel on the show had in fact sent him the pony tail he had while acting on the show. Reportedly, Norman Reedus and Scott Wilson are very good friends, with Norman Reedus even keeping this crazy gift in his own refrigerator. 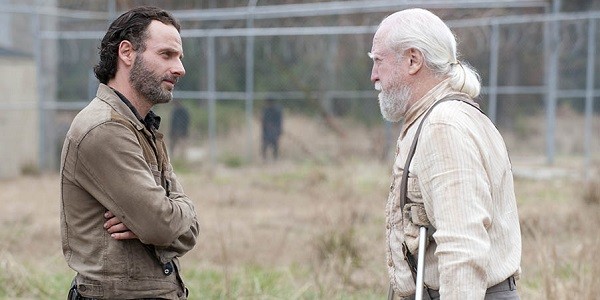 16.  There are more zombies than humans on the show

If you thought that the zombies were yet to have taken over The Walking Dead universe, then you were wrong.  For every living human who stars on the show there are approximately 5000 zombies against them, making the odds 5000 to 1. This makes it even more difficult for survivors on the show, and is a statistic that certainly makes you grateful that the zombie apocalypse hasn’t actually happened in real life. 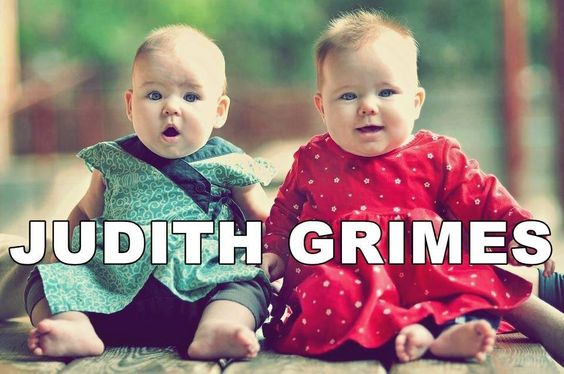 Because young actors and actresses are only allowed to work for minimal hours on set, The Walking Dead enlisted identical twins to play Judith Grimes in order to ensure that a baby is always available on set, or if one of them falls ill. Since the introduction of the character in season three, the role of Judith Grimes has been taken up by eight sets of twins, including Charlotte and Clara Ward for season five, and Adelaide and Eliza Cornell for season three. 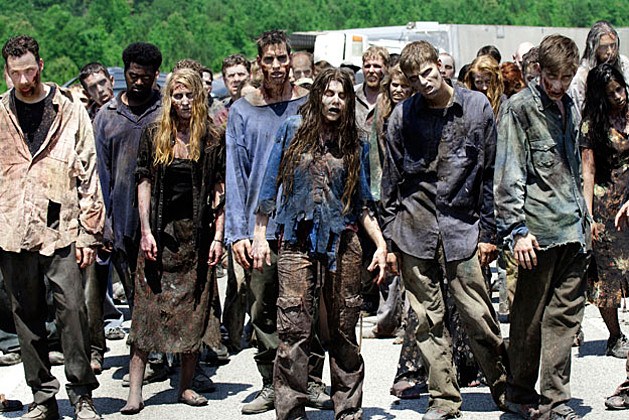 18. The Walker school is actually a thing

If you think you have what it takes to be a walker on The Walking Dead, then you’re going to have to attend zombie school first. Here’s how it works, before production for each season begins, wannabe zombies audition, once the lucky few have been chosen, they go to ‘Walker school’, which make up artist for the show Greg Nicotera says grades them on their ability to bring the walkers to life through their performance, and also whether a prosthetic and make up on them makes them look like a genuine zombie, which helps to explain why most of the walkers have such defined bone structures. 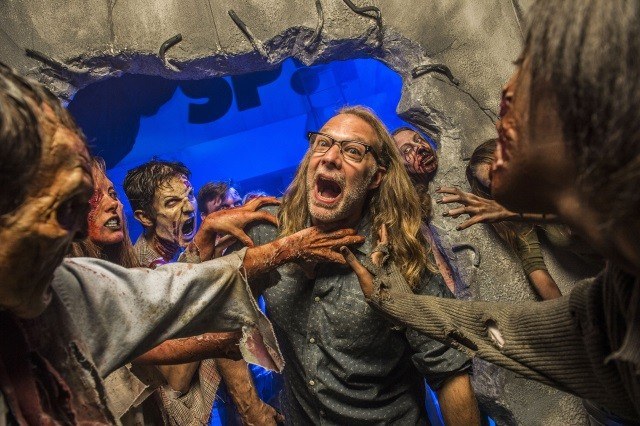 19.  The walkers are not allowed to blink

After the grueling process to become a walker in the first place, the zombies cast on the show are told not to blink while in action, in order to keep up the realism of the walkers they are playing. If the extras or stand ins cast as the walkers blink even once, then the poor production crew has to remove every single blink that happens within post production. It’s certainly clear that being an extra for The Walking Dead is far more difficult than it actually looks.

If you simply cannot get enough of The Walking Dead, then you will love this attraction currently on at Universal studios amusement park. This year long running attraction will allow you to live out your dreams of becoming a survivor in the zombie apocalypse, following the same path as the actual characters did in the show and fighting off all those dreaded walkers. If you are really eager to go, you can treat yourself to a front of line ticket for $199, or if you really want to have the complete zombie experience you can opt for a VIP pass for $359 instead.