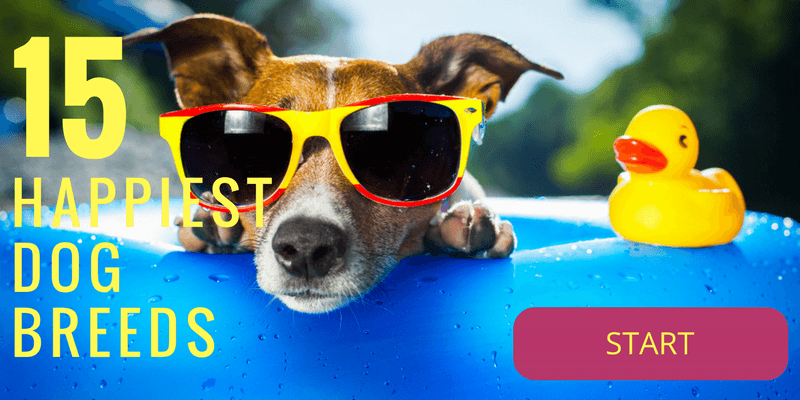 Dogs are often called man’s best friend and there is a reason for that. Dogs are usually very loyal to their owners. If you have a dog, he will be waiting patiently for you to come home every day. They also love the snuggle, play, and learn tricks. Since there are so many dog breeds out there, trying to find the best breed for you can be a bit overwhelming. Different dogs have different traits and characteristics. If you are looking for a dog who is generally happy, read on. Here is a list of the happiest dog breeds. 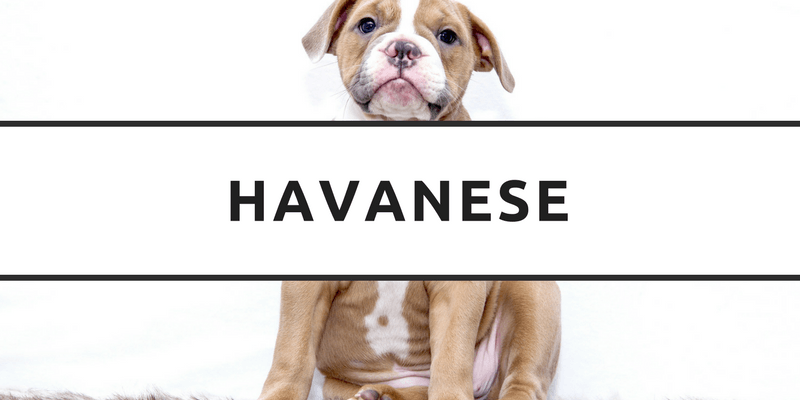 The Havanese dog breed originated in Cuba and the Caribbean. They are a very happy and playful dog who loves to play games that challenge their dexterity. Havanese are at their happiest when it is snuggling in their owner’s lap. They are one of the most gentle and peaceful dogs, which make them a great dog for families who have other animals and children. There’s no doubt about it, this is a happy dog breed that will bring love, joy and happiness to your home. 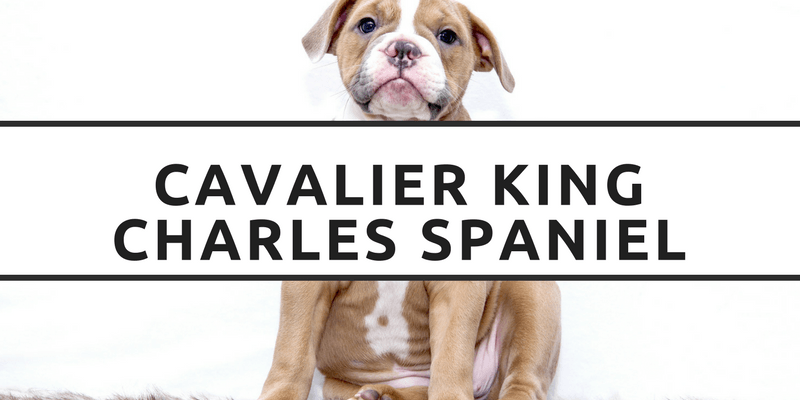 The Cavalier King Charles Spaniel dog breed was named after the late King Charles II. It was bred to be a companion rather than a worker, which might be why this breed is so happy and easygoing. The Cavalier King Charles Spaniel can be trusted when it is playing with children and the dog breed loves to spend time with the whole family. This breed is also very affectionate and eager to please, which another reason it is great with children. 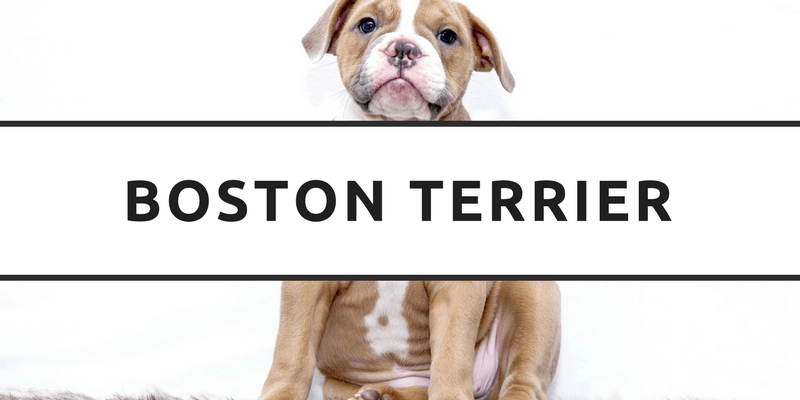 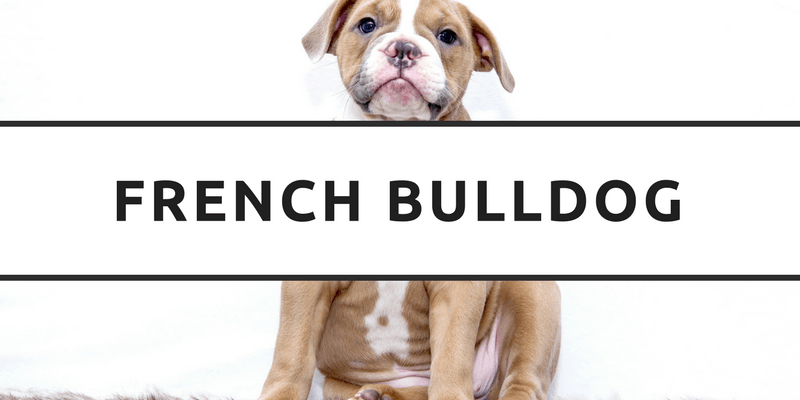 The French Bulldog has an adorable wrinkled face and he is an affectionate and playful breed. He is incredibly loyal to his family and he is happiest when he is pleasing his owner and being praised. He is also a great protector. He can sense when danger is near, and he will alert his family immediately. He is cute and cuddly and loves to spend time in his owner’s lap as much as he loves running around outside. 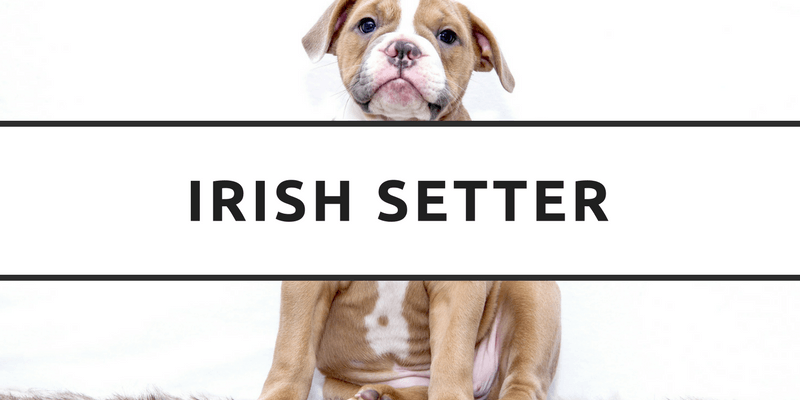 Irish Setters love to work and play equally. The Irish Setter breed is a very easygoing breed who can have fun doing just about anything. They are a great family dog and do well with small children because of their patience. Finally, the Irish Setter gets along great with other animals, especially other Irish Setters. To top it all off, these dogs have a beautiful coat and are rather majestic in their appearance. You’re family will thank you for bring one of them home! 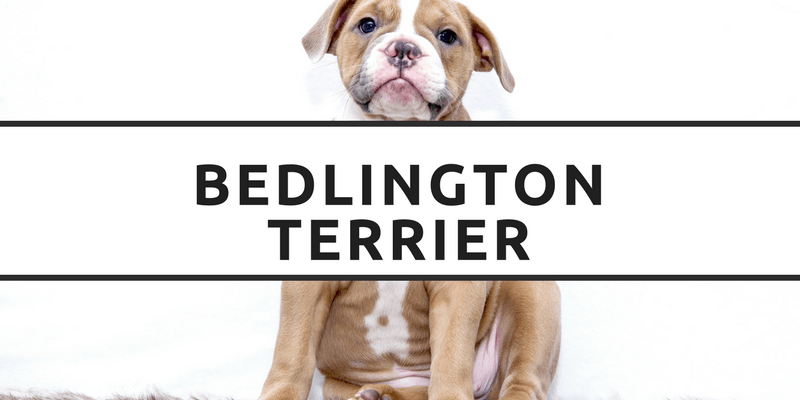 The Bedlington Terrier breed looks more like a lamb than it does a dog. It has a fleece-like coat and long ears with fluffy tassels on the ends. The Bedlington Terrier is known for it’s cheerfulness and abundant energy. It loves to be an important part of the family and it loves attention from both the adults and children. It is not a fussy dog at all, and finally it is happiest when it is playing with his family.

This dog sounds like a great addition to the family. 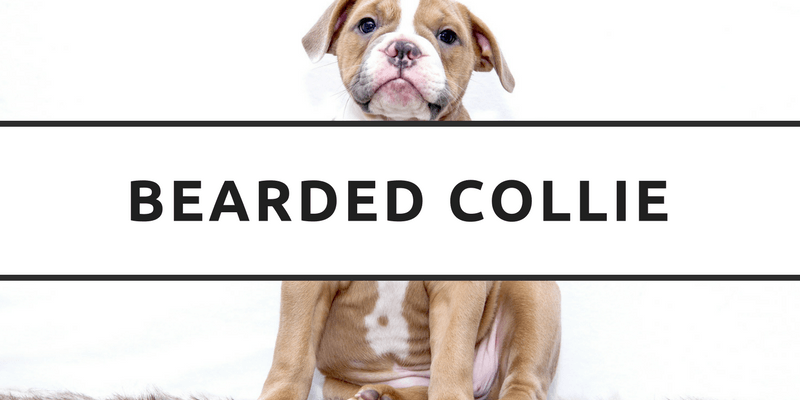 Because of it’s long, shaggy coat, the Bearded Collie is often confused with the Old English Sheepdog. The Bearded Collies are often described as being friendly, bouncy, smart, and charismatic. The breed is a very active dog and it loves to play with children and other pets. It is easily trained and it is happiest during it’s training sessions.

If you select this breed, be prepared to be very active with it to keep it happy. However, at the end of the day, what it really loves is to snuggle up with his owner. 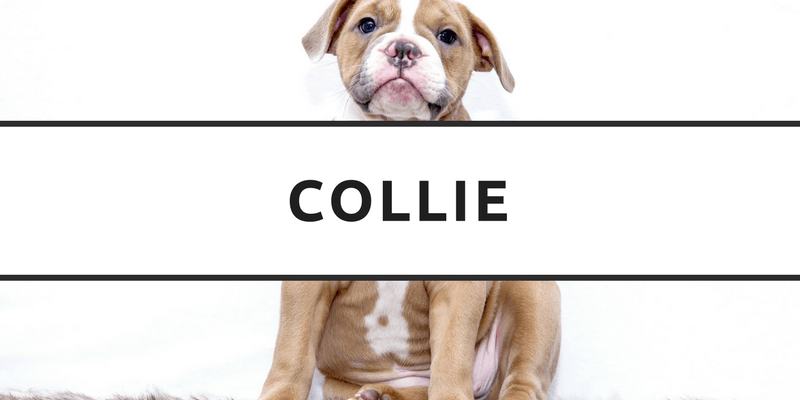 The Collie is one of the happiest and friendliest dog breeds. It is extremely loyal and devoted to its owner. It is a very intelligent dog that loves to play with children and other animals. The breed’s vast intelligence helps it to learn tricks easily and then show them off to others. It is at it’s happiest when it is given a chance to use his brain. 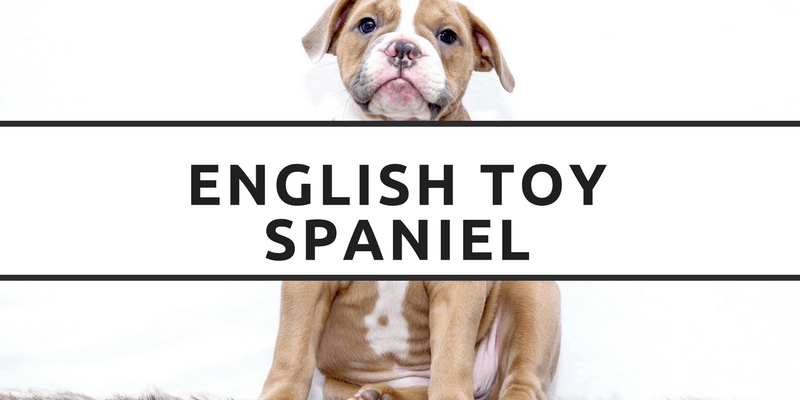 Sounds like this dog is fit for royalty? If you own an English Toy Spaniel, tell us about it in the comment section or on our Facebook page. 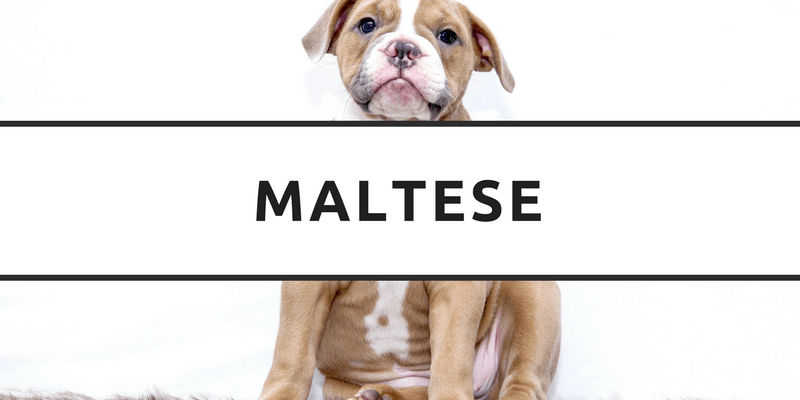 The Maltese is a gorgeous dog. This is likely why it is always so happy! The Maltese breed loves to be petted while sitting in it’s owner’s lap. It is playful, but it is gentle when it plays. It can be stubborn at times and it is known for bonding the closest with just one family member.

So while this is a very happy dog breed, it is not the best choice for a family. Imagine the issues that will arise if your Maltese bonds with one of your four children, but nobody else in your family? Before you know it, you’re going to need four dogs to keep your kids happy! 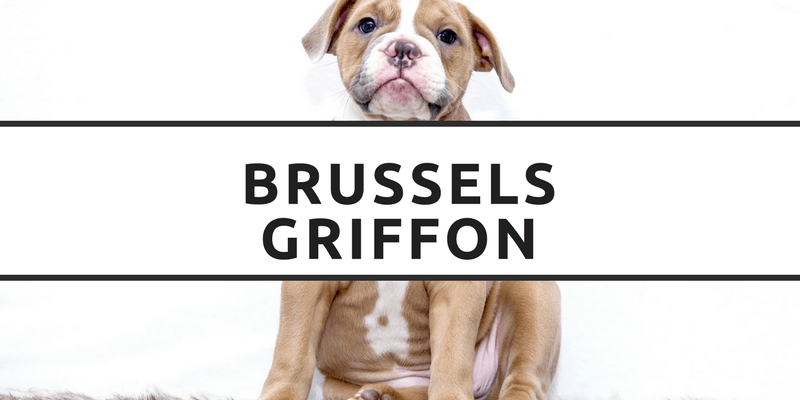 Brussels Griffon dogs are not as common as other dog breeds, however, they are one of the happiest. This breed has human-like expressions which make people quickly fall in love with it. Brussels Griffons are known for being affectionate and cheerful. They are active and they love to take long walks. This breed loves to learn tricks and then show them off to others. If you have children or other pets, it’s best that they play under his master’s supervision. 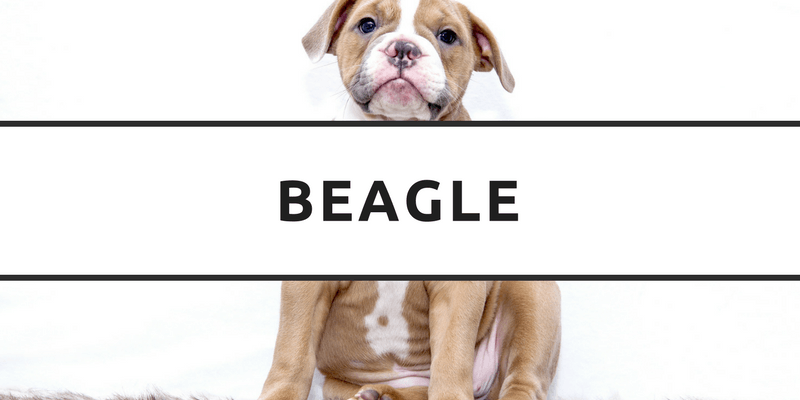 Beagles are a very popular dog breed in the United States. The AKC describes the Beagle as being friendly, merry, and happy-go-lucky. The Beagle breed’s friendly nature makes it a great family pet. They will play with the kids for hours and then snuggle up with their owner after. They are very curious and they respond well to training. Their long floppy ears make them one of the most adorable dog breeds.

Can you think of any famous beagles? Maybe a certain cartoon character? If you’re drawing a blank, just ask our friend Charlie Brown. 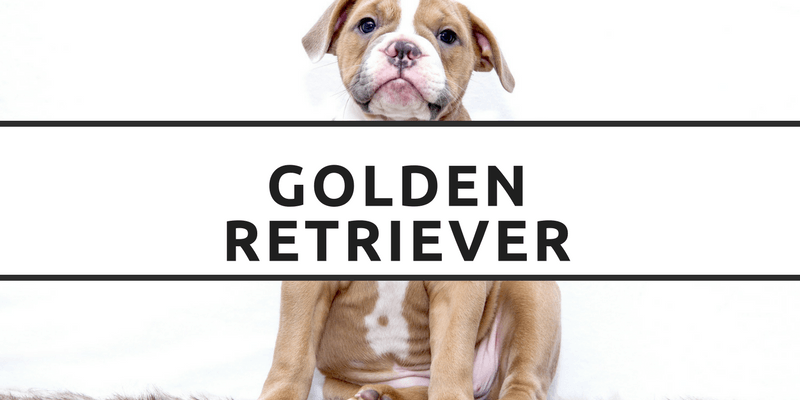 The Golden Retriever is a very happy and affectionate dog. It loves to be with his family and take part in family activities. It loves the affection that it gets from it’s family. The Golden Retriever is a very intelligent dog and loves to have his intelligence tested by playing games and learning tricks. The breed’s wide-mouthed grim makes it look a bit goofy and very happy.

If you have a good size backyard, your Golden Retriever will make the most of it. Especially if you have kids as they can both entertain each other for hours with a simple tennis ball. 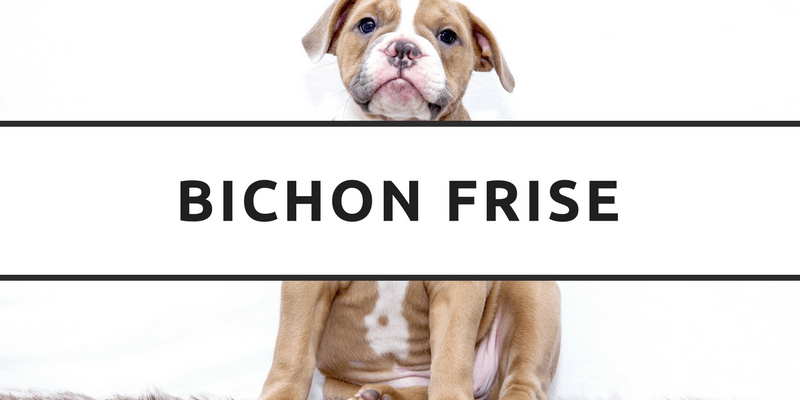 The Bichon Frise is an adorable dog. This breed is white and fluffy and many people say that it looks like a cotton ball on legs. This breed is a combination of friendly and playful. It loves to play for a while and then it will want to stop the play and cuddle up next to you. It is a curious dog who is very cheerful and intelligent.

This breed was originally owned by French royalty and they were pampered. This is likely why it is so tolerant when their owner wants to play dress up. Perhaps a bow in their hair? 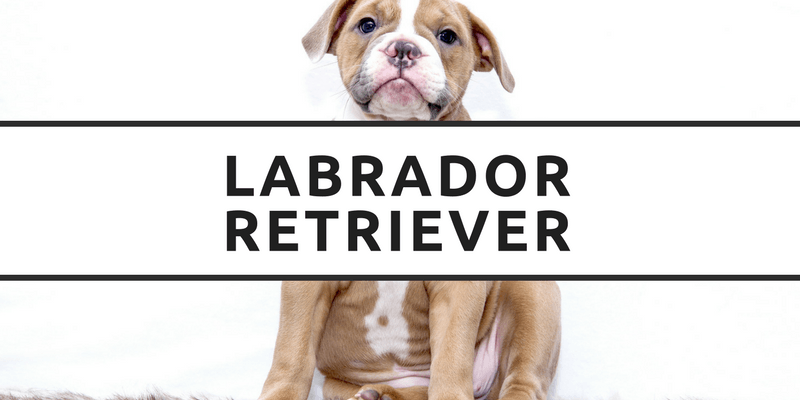 According to the American Kennel Club, the Labrador Retriever (Lab) is the most popular dog in the United States. The breed is known for it’s friendliness and outgoing nature. When you look at a Lab, it looks as though it is smiling at you. The breed makes a great family pet because it is great with kids. Not only is it happy and friendly, it also loves to work. These dogs are often used for hunting, as drug sniffing dogs, and as guide dogs.