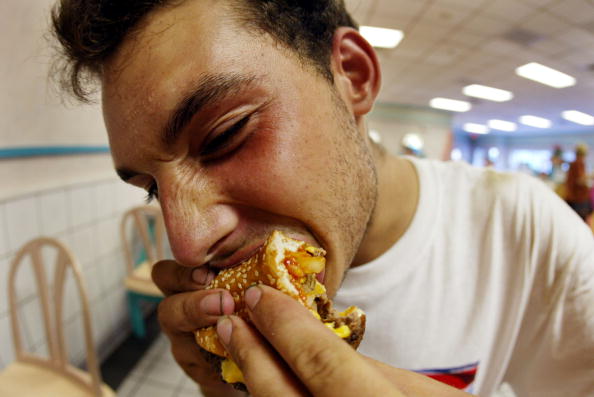 Everybody needs food to stay alive. Not all the foods are good for the body and this means that they are not healthy. Several of such dangerous foods are available in various food stores in this country and they are erroneously classified as healthy. Most of them when you consume them are going to add extra pounds to your body, and yet they would be labeled as healthy foods. Those foods are health risks, and if you continue to consume them, it could result in long-term health problems. Information available about some of the dangerous foods indicates that some of them are dangerous to the heart. This is because some of them are rich in dangerous ingredients like phosphate, which are not good for the body. Moreover, some of the foods lead to the production of FGF 23 hormones. This is not good for the body because it can actually cause a strain on the heart.

The American Heart Association recommends that certain dangerous foods could increase heart failure risks. Furthermore, some of these foods are not good for the human hormone system, because they can actually disrupt. Because of this, it is important that you conduct research on certain foods before you can consume them.

Many of the dangerous foods can lead to the over production of free radicals. Some of these free radicals are such dangerous that they can cause tissue damage. Moreover, they cause diabetes as well as diabetic complications.

Furthermore, a lot of these foods are known to contain such dangerous toxic chemicals like biphenol A. This chemical is not good as it can lead to immune system depression. Because of the health concerns associated with some of these foods, it is necessary to look at some of them and determine the reasons they should be avoided at all costs. 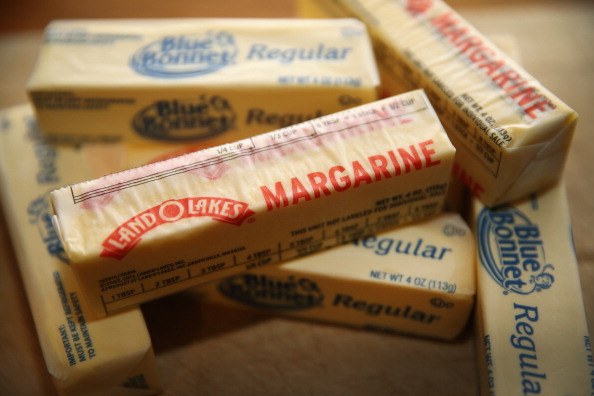 Research has indicated that this food is dangerous and it is more dangerous than most people have anticipated. This type of food is bad because it contains large quantities of trans fats. This fat is bad because it can lead to the blood vessel destruction. It can equally affect the arteries. The worst is that they contain so many calories and it can lead to excess weight. 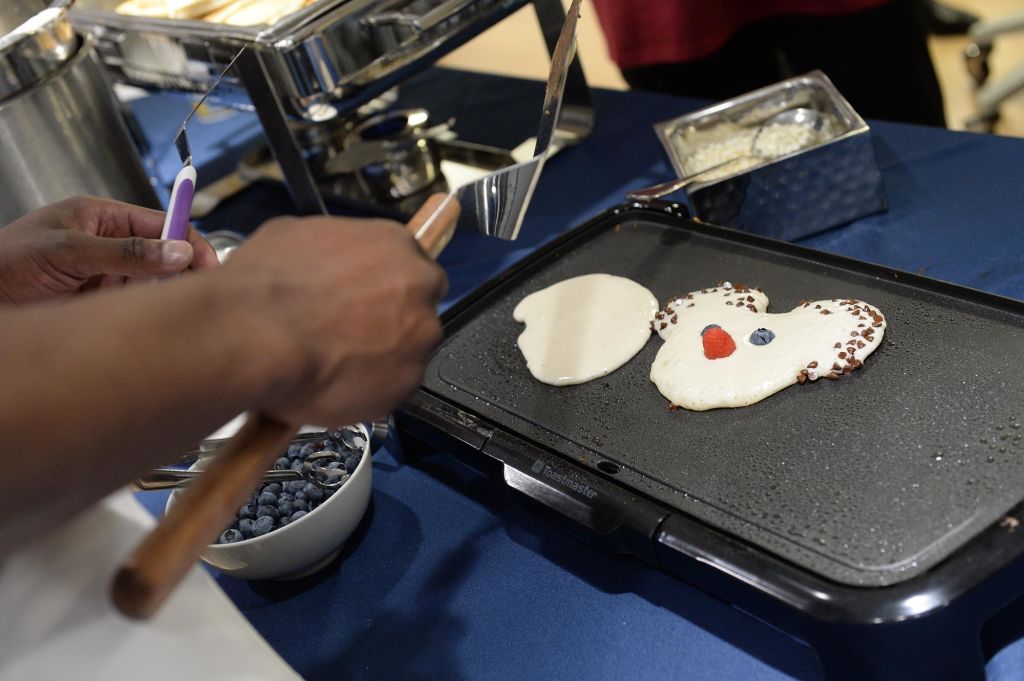 Many Americans like pancakes and it is not surprising there is National Pancake Day in the country. Research has shown that many people have the wrong impression of pancakes. Recent research has shown that it contains trans fats, which we have identified above is not good for your health. You have to pay special attention to the pancake mix in the box. This might seem to be safe, but that is far from the case because its powder is rich in trans fat. Furthermore, they contain such other ingredients like cottonseed oil and hydrogenated soybean.

Moreover, it contains salt and preservatives. These are dangerous because they can clog the artery. If you must use pancake, you have to cook it from scratch. 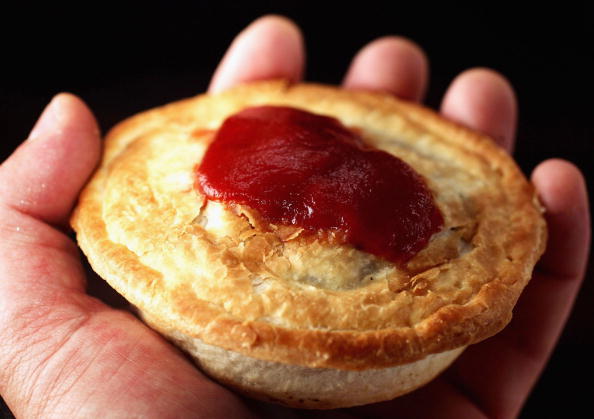 Tomato is not a dangerous food because it contains important vitamins like Vitamins A and C. However, tomato sauce is not good because of the health risks. Tomato sauce contains other ingredients apart from tomatoes such as refined sugars. Another likely ingredient you are going to discover here includes corn syrup. Furthermore, they are known to contain sodium. The ingredients used to produce tomato sauce are not good for the body, and that is why they must be avoided. 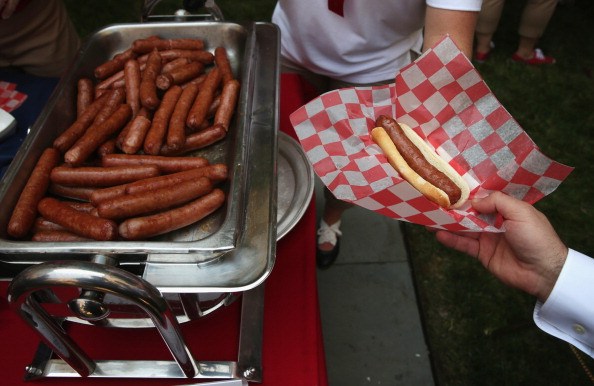 Hot dogs are not healthy and researchers have warned that they are not good for children. It is dangerous for people under ten years and this is certain from several researches conducted in various parts of the country. It is revealed that it constitutes at least seventeen percent of food related asphyxiations, especially in younger people. If you give this food to your child, it should be clear that you are administering poison to your child. 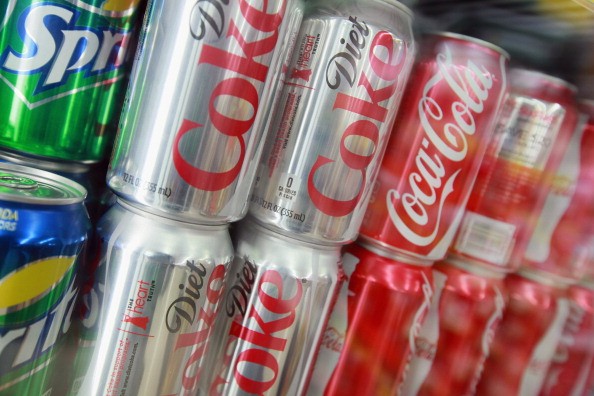 Sodas are bad and it should not be consumed. It is unhealthy. It is astonishing that despite the risks associated with it that many Americans are still consuming enough quantities of them. Though it may contain some natural ingredients, but research has shown that some of the ingredients are not good because they contain excess quantities of sugar. Because of large sugar contents in them, it would cause insulin reaction to the body. This can have a negative side effect, and this can last for a very long time. In the long run, it would cause diabetes. Moreover, some soda products have high fructose corn syrup, which is not good for your health. In addition to that, it contains other dangerous ingredients such as chlorine, fluoride and several other contaminants. 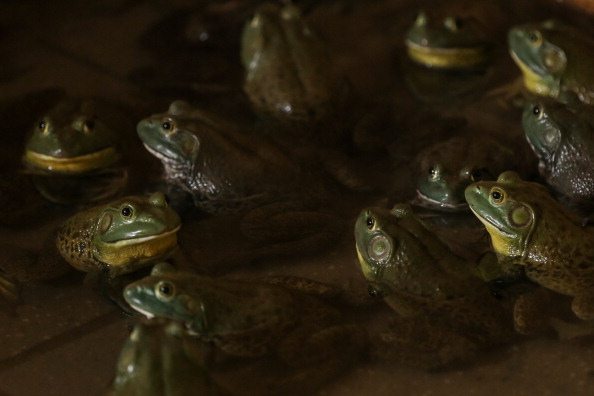 Some African countries consider African bulldog as a delicacy. Eating a whole frog is part of such culture. African bulldog is dangerous and poisonous and should be avoided. They are dangerous because of toxic substances, which they contain in large quantities. The toxic substances are known to be dangerous to human health. Most dangerous among them is yet to breed. The large quantities of the toxin can cause kidney failure and because of that, it should be avoided. 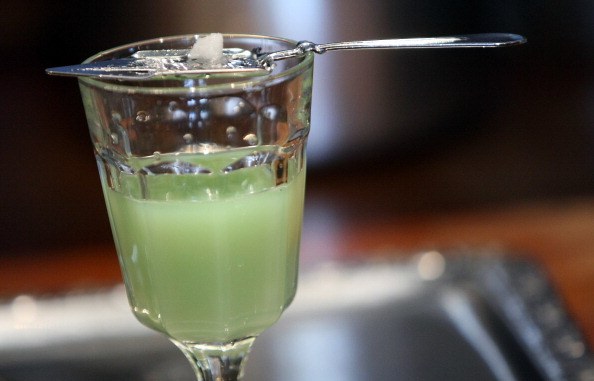 This is another dangerous food that is widely eaten in certain parts of the world. It is a mixture of sweet fennel, woodworm, as well as sweet anise. These ingredients contain dangerous toxins like thujone. The danger associated with it has to do with its psychoactive substances. It can cause addictive hallucinogen. Researchers have reason to believe that it is responsible for some of the social disorders ravaging human kinds such as epilepsy, tuberculosis, as well as suicides and so on. 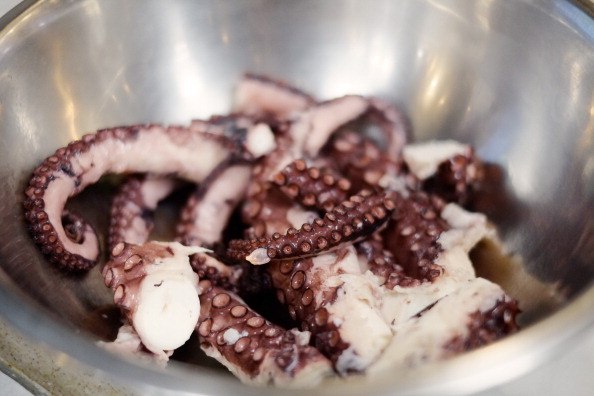 This is popular in Korea. In many cultures of the world, many people would prefer to have their food dead before they consume it. This is not the case with Koreans when it comes to an octopus. They prefer to eat it alive and there are problems associated with it. The food is usually seasoned while alive. There is a danger associated with it and that has to do with the suction cups. This can stick to the throat and that can suffocate you. Because of that, you have to avoid this food because it can be dangerous to the health of the users. 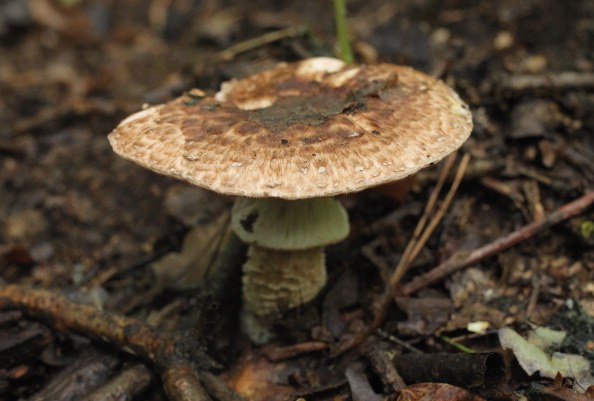 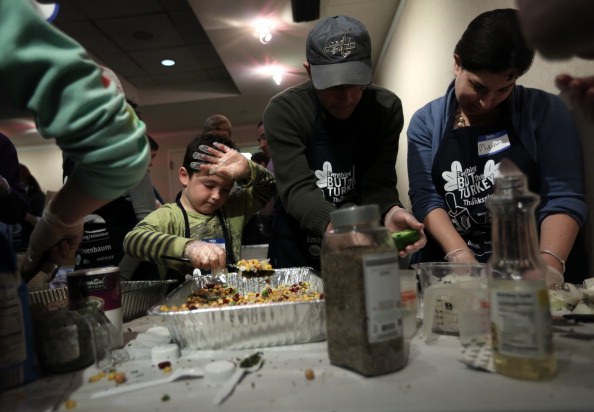 Coleslaw is another dangerous food you should avoid eating. Do not mind the sales pitch over promoting the product as healthy and beneficial. Research has shown that the food is not good for consumption though it contains carrots and cabbage. However, apart from that it contains large quantities of sugars, calories, and large fat quantities. It is recommended that before you consume such foods that you consider the nutritional information to ensure that they are safe for consumption. If you fail to do that then know that you are likely to consume poison. 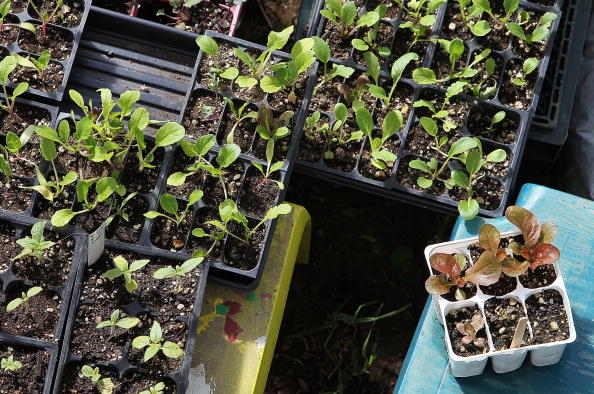 So many sprouts on the market today are recalled and this has to do with the health issues that are associated with several of them. Moreover, there are several of them out there and it is extremely difficult to track them all. Irrespective of the kind of sprouts, you should not rush to consume them because of the serious health issues. You notice that sprouts grow well only in moist conditions and that has to do with bacteria like listeria, E.coli as well as salmonella and so on. The danger in consuming them is that they can grow dangerous bacteria and that is why they have to be handled carefully. You should not risk your life by consuming the food because it is going to endanger your life. 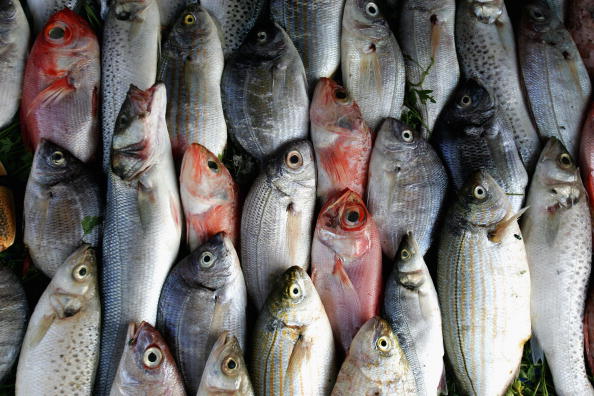 Another name for this food is pufferfish and it is considered delicacy by many people. Unfortunately, it is a dangerous delicacy. The fish has large quantities of toxics and it can take several years before you can learn how to remove all the dangerous toxics contained in the fish. This food is dangerous and it is considered more dangerous than cyanide. When you consume some quantities of this food, it could be lethal to your health, and because of that, you should avoid consuming them. 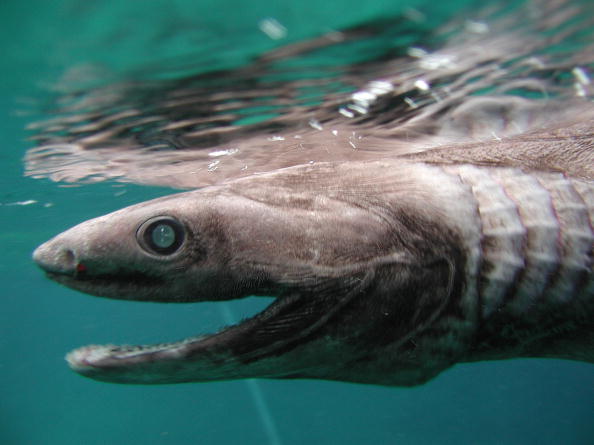 This is a shark meat. Usually this is buried in order to ferment fluid. There are dangers associated with it that make it dangerous for consumption. The major problem with them is that this animal does not have any urinary tract. Because of that, it is believed that it stores enough quantities of toxic. 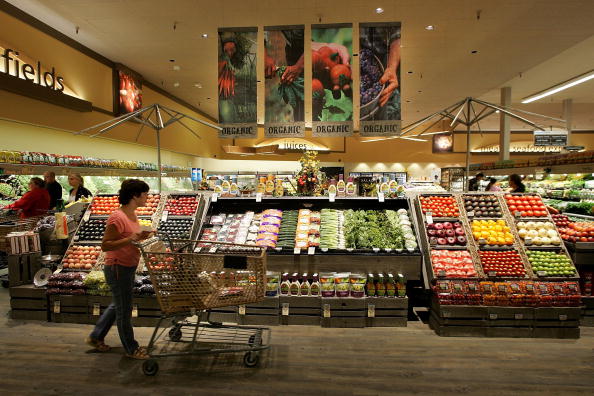 This is a delicacy to the people of Jamaica. Usually the foods can be consumed when it is ripe and when it is fully prepared. When you consume it when it is not well prepared, it can constitute a health risk. Because of that, it can lead to vomiting as well as death. 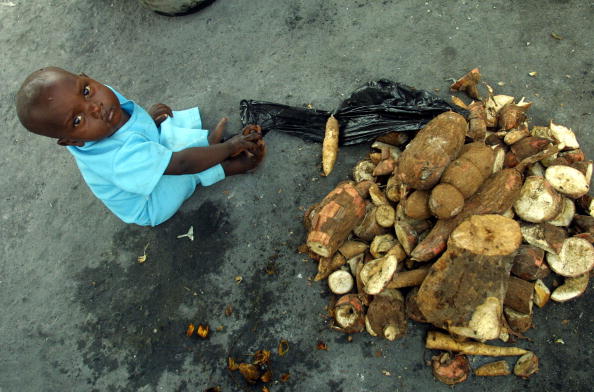 Cassava is a delicacy in South America and Africa. It is recommended that before you eat cassava that you must cook them thoroughly. It is not recommended to be eaten raw because of the dangers that are associated with it. When you take it raw, it would convert to cyanide. This is another dangerous food that you should avoid eating. 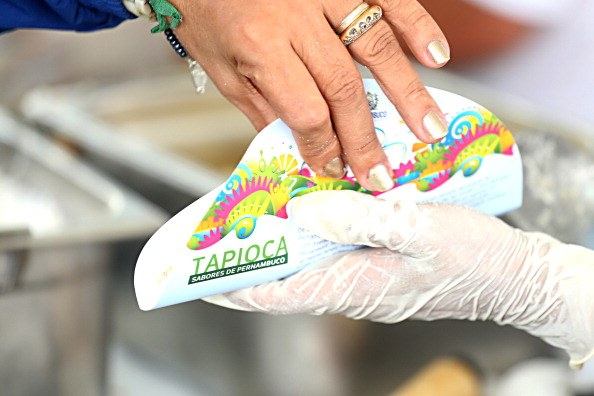 Tapioca is the offshoot of the cassava plant. Because of the dangers that are associated with it, many people avoid eating it and that is why it is recommended that you prepare it properly before you consume it to avoid death. 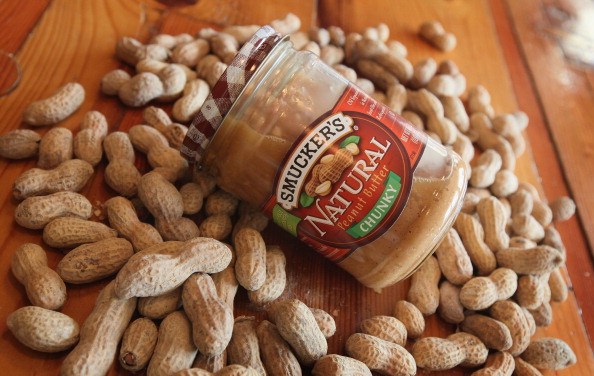 Peanuts are good and it is only for those that do not suffer food allergy. If you suffer from food allergy, it can cause death when you consume it and because of that, you must be careful with this food. 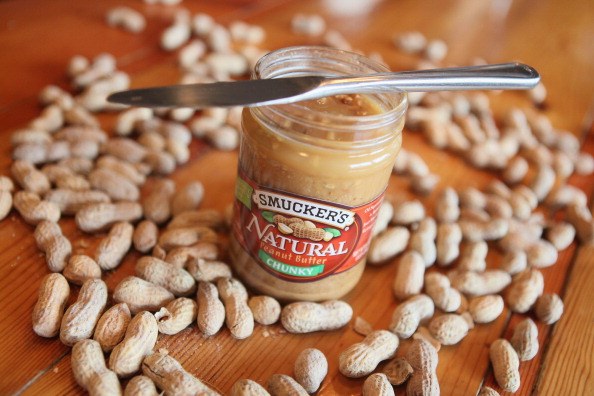 This is another dangerous food and it is not the best for those with allergy. It caused different kinds of health challenges, which range from swelling, itching, hives, abdominal pain, as well as wheezing. In some cases, it can lead to anaphylactic shock. Research has further revealed that this situation can be life threatening and because of that, it is recommended that you follow-up with the treatment when you begin to experience the shock. 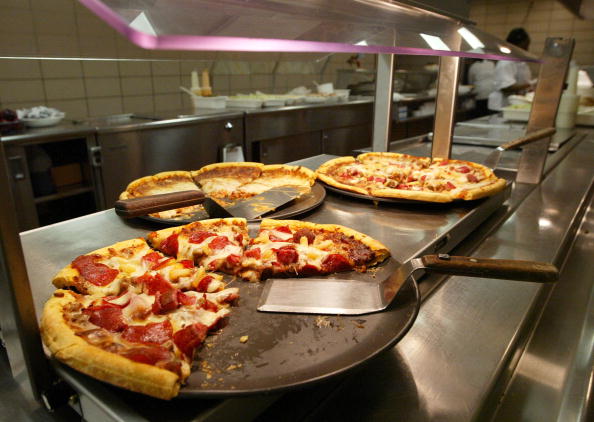 Pizza is not the best kind of food for most people. This is because it contains enough quantities of salt, which are not considered healthy. Apart from salt, it also contains MSG such as cheese, dough. There are some of them that contain large quantities of pepperoni and sausage, when this is the case, you are going to have huge quantities of nitrate as well as salt. Apart from that, research has shown that pizza contains sufficient quantities of fats. These fats are the product of cheese and there are some that contain corn oil, palm oil, and sugar and so on. These are not good for the health of the users. 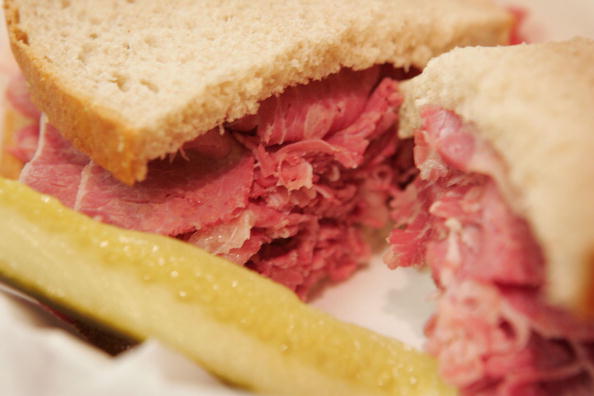 This food is not good because of the health challenges that are associated with it. Some people may think that it is a healthier fast food, but that is not the case. It contains more than four hundred calories. Moreover, they contain more quantities of fats. These are dangerous for your health and because of that, you must refrain from consuming it.

In conclusion, these are the twenty most dangerous foods. There are several others. All the dangerous foods discussed above should not be consumed, as they can be detrimental to your health.